OPINION: Ex-Barcelona Star Will Be A Good Replacement For Rohr

By BrightO (self media writer) | 10 months ago

Though there has been no formal word regarding Gernot Rohr's dismissal as Super Eagles coach, the Franco-German tactician's days appear to be numbered today. 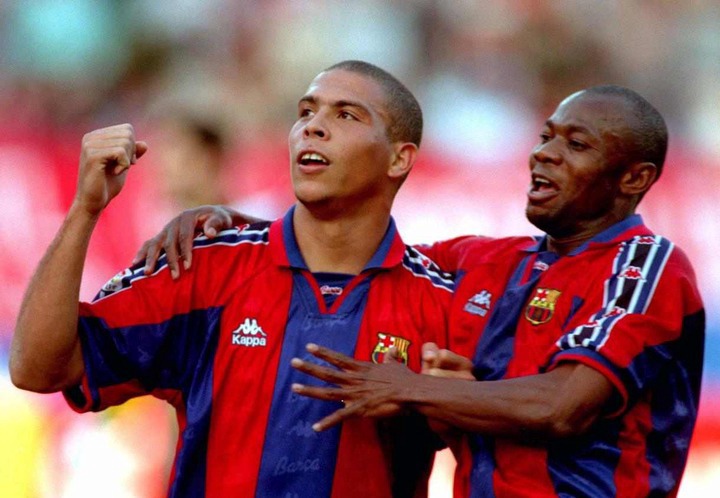 Many have expressed their unhappiness with Rohr in recent months, believing the national team has regressed under his watch.

The series of poor outcomes against the Central African Republic and then Cape Verde served as an anticlimax that is now likely to snowball into Rohr's dismissal.

While Rohr's dismissal is long time, the most pressing problem at hand is finding a suitable replacement who will not be a case of jumping from fry pan to fire.

As expected, numerous names have already been floated, with individuals representing a variety of interests making the case for their choices.

However, in my opinion, the ideal successor is ex-Barcelona player Emmanuel Amuneke, and there are several grounds for this option.

Amuneke ticks all the appropriate boxes for me, both on paper and in practice. 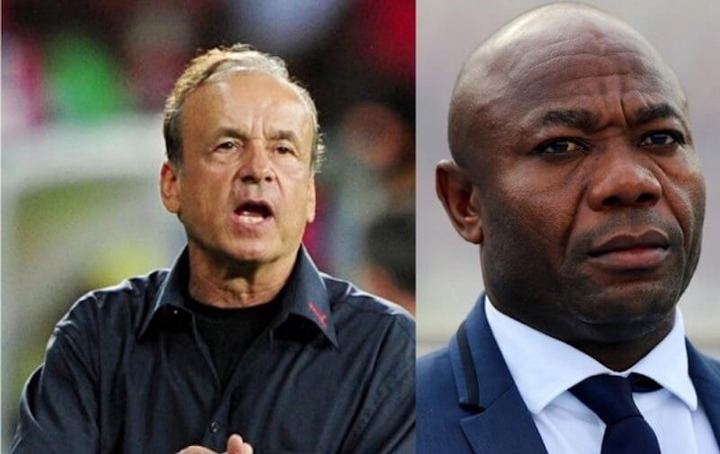 Along with the exposure he gained playing at the greatest level at the World Cup and Olympics, as well as for one of the world's biggest teams, Amuneke has established his worth as a coach.

Initially as an assistant coach for the Golden Eaglets and then as head coach, he won the World Cup in both roles.

Apart from the Golden Eaglets, Amuneke was also quite successful with the Tanzanian Tafia Stars, with whom he established an incredible record that has made him a hero in Dar es Salam until tomorrow.

Additionally, Amuneke is responsible for the development of several key members of the current Super Eagles team.

Victor Osimhen and Samuel Chukwueze, for example, shot to prominence under Amuneke.

At the moment, there is widespread agreement that one of the current Super Eagles team under Rohr's greatest shortcomings is innovation.

With Amuneke in charge, he should be able to extract maximum performance from Kelechi Nwakali, another of his players with whom he conquered the world at the U-17 level several years ago.

Apart from the aforementioned reasons, Amuneke will almost certainly be the more cost-effective option given the limited time remaining until the AFCON and World Cup playoffs. 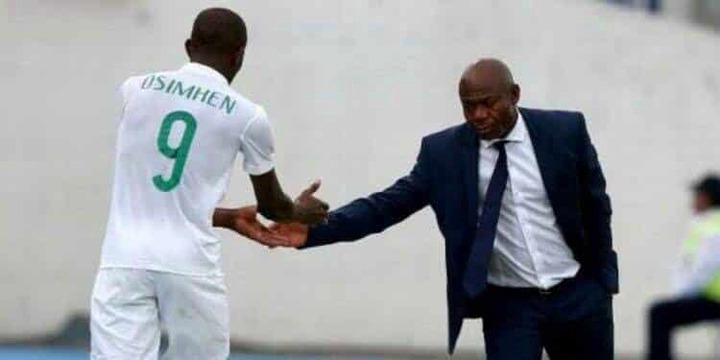 How Manchester United Should Lineup If They Are To Win At Manchester City.

Top Sunday Matches to Place Bet On and Win Big.

Today's 21 Matches To Bank On and Win