Super Sunday Six (6) Must Win Games To Bank On

By 254SportsAnalystGoddy (self media writer) | 10 days ago

Arsenal have won 15 of 18 league games this season 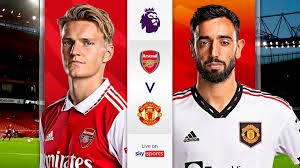 Arsenal showing no signs of easing off.

Man City have conceded in their last three games.

Wolves have scored in each of their last six away games.

Riyad Mahrez has five goals in his last four games.

Only a win will do for City.

Under 2.5 goals have been scored in three of Spezia’s last five Serie A games.

Roma, meanwhile, have seen a maximum of two goals scored in six of their last seven matches.

Spezia’s five-game unbeaten run in Serie A may be enough to put punters off backing Roma.

Barcelona have won six of their eight home league games

Barca have conceded only once at home this season.

Bilbao are on a run of just three defeats in 18 league games at San Mames.

Dortmund star Sebastien Haller is set to make his competitive debut for the club.

Dortmund are unbeaten in six of their seven home league games this season.