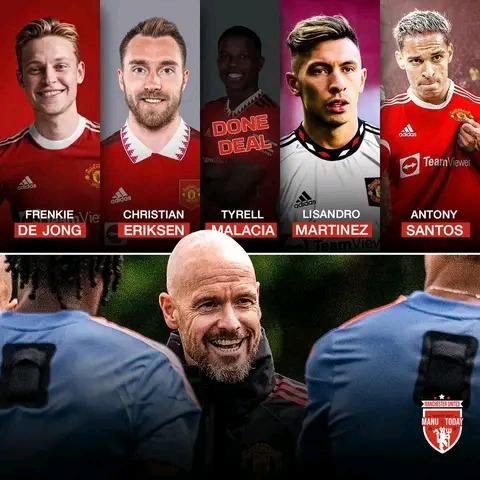 Manchester United have been overpaying in the previous transfer windows in order to acquire the players they needed in their squad. This mainly happened during the reign of Woodward who is the former club CEO. Woodward was fond of overpaying for players and giving out huge wages which was quit risky in case a player flops.

That seems to have changed in this transfer window, Manchester United under the new board headed John Matough by the new club CEO seems to have adapted a new strategy in dealing with the signing of new players and rewarding of contracts.

The club new strategy in this transfer market is registering an interest in a player and letting their parent club know their interest. Manchester United then inform the parent club of the player to inform them in case any club also has an interest in the same player. In case the club wants to agree on sale of the player, that is when Manchester United comes in with a much improve offer to the club which will be hard to turn down.

This strategy seems to be working for them, like in the case of Tyrell Malacia who is set to join Manchester United. It was thought that Malacia was heading to Lyon before Manchester United came in at the last minute with a slightly better offer than what Lyon was offering to Feyenoord. The club also offers better wages than Lyon which has convinced Malacia to choose Manchester United over Lyon.

Manchester United has not stop at that point with that trick, they are now repeating the same trick to acquire the service of Ajax defender Lesandro. They were waiting for Arsenal to place their offer for them to place a slightly higher offer. It now seems Lesandro Martinez is heading to Manchester United if the two clubs can agree on the transfer fee.