The FIFA 2021 World XI As Voted By Players, Who Deserve To Be There And Was Omitted?

By Njoro-Msanii (self media writer) | 4 months ago

The best team in the world according to 2021 season was announced yesterday night by the world football governing body FIFA. The FIFA starting lineup included the football stars who performed excellently both in their team and national squad. Below is the FIFA world XI. 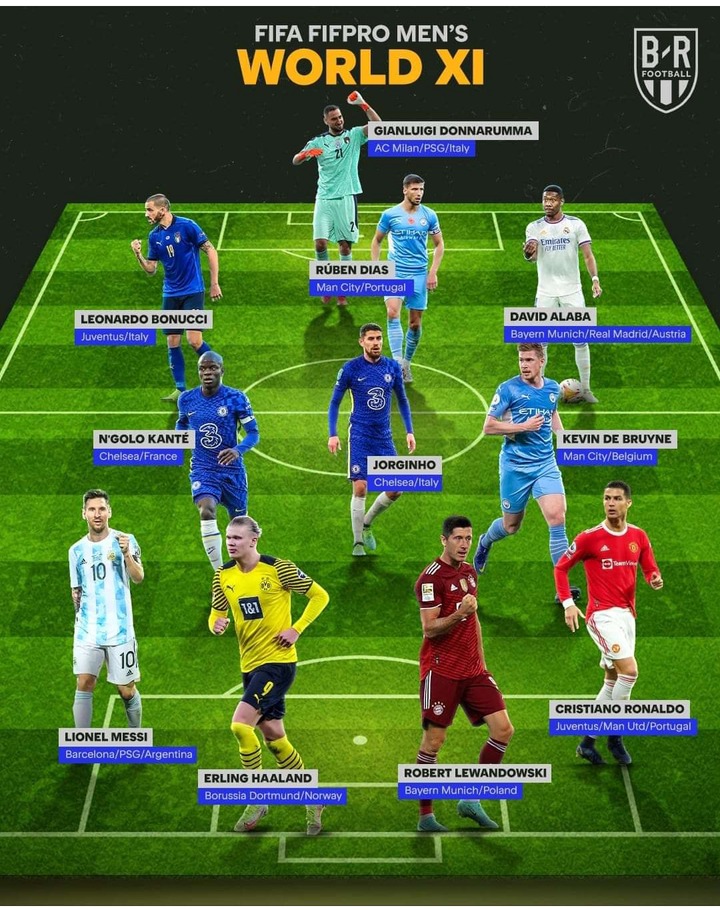 In the above lineup, two players managed to win individual awards. Robert Lewandowski won the FIFA men best player while Cristiano Ronaldo won the best special FIFA award. CR7 may have won it because of breaking and setting the record as the world highest goal scorer. He has over 800 goals so far. Lewandowski won it after becoming the highest goal scorer of the year. Who do you think deserved to be in the lineup and is not there? Comments below and follow us for more latest news.