By Bushkid (self meida writer) | 1 months

Manchester unite have decide to finish their season in style by saying good words that really impressed their fans. Man u Will finish their league fixture with Wolves on Sunday at Old Trafford.

Both players and technical bench have impressed their fans with the following.

Joel Glazer will be meeting all united fans outside Old Trafford for serious talk. Since the united fans went on strike that saw the match against Liverpool being postponed their haven' t been any serious talk with the fans. 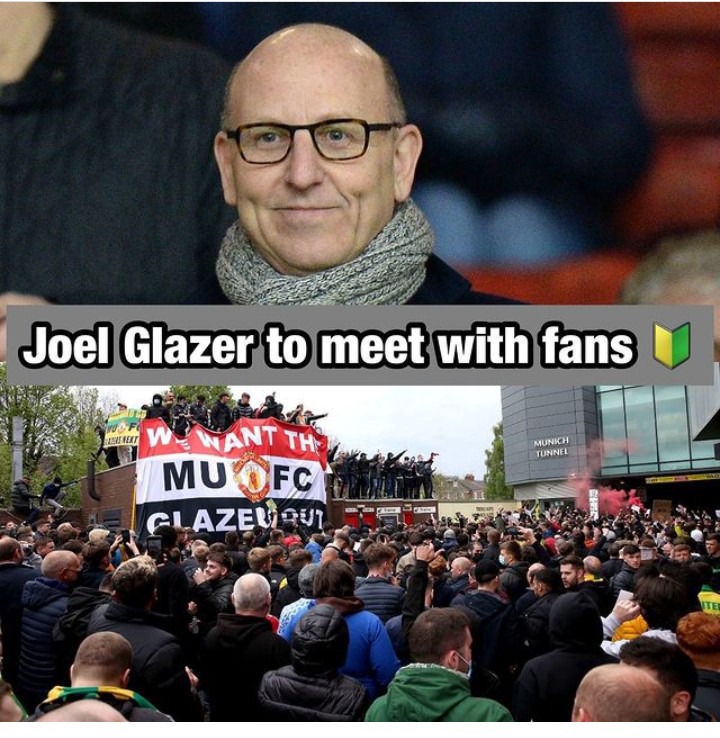 Manchester united fans wants the Glazers family out of their club for trying to waste the club . 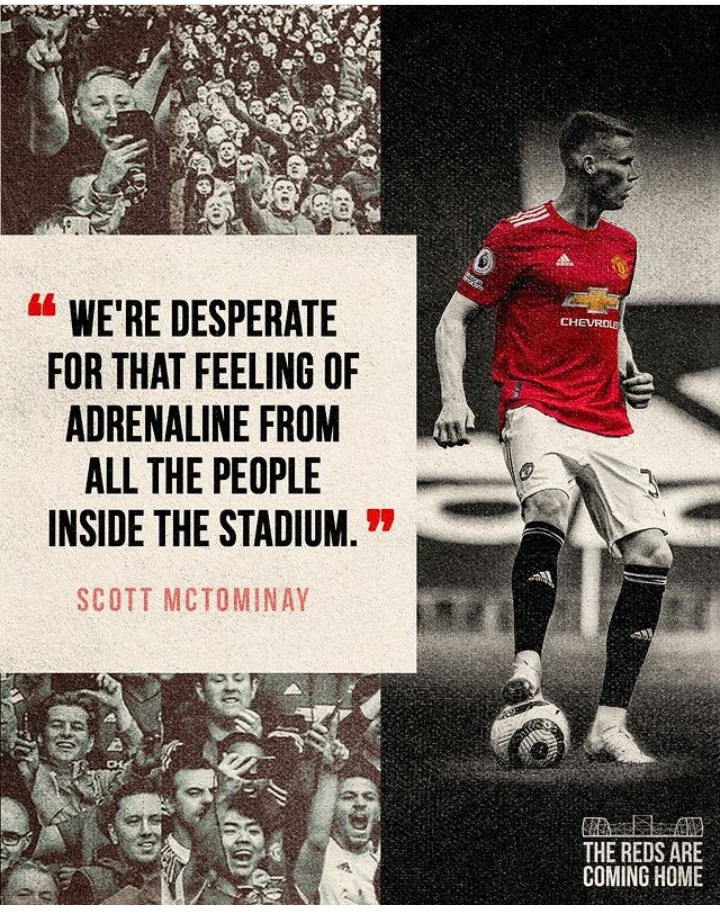 " We' re desperate for that feeling of adrenaline from all the people inside the stadium. "This was Scott Mctominay's speeches before the final match on Sunday . 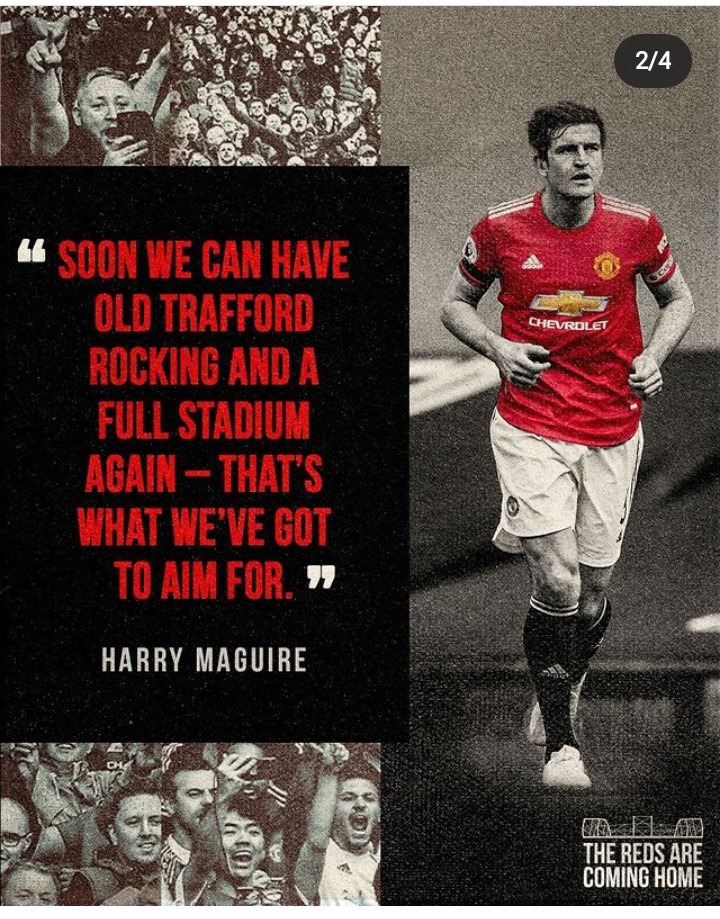 " soon we can have Old Trafford rocking and a full stadium again, that's what we' got to aim for." this were Maguire's speeches as he meant that they really miss fans inside the stadium . 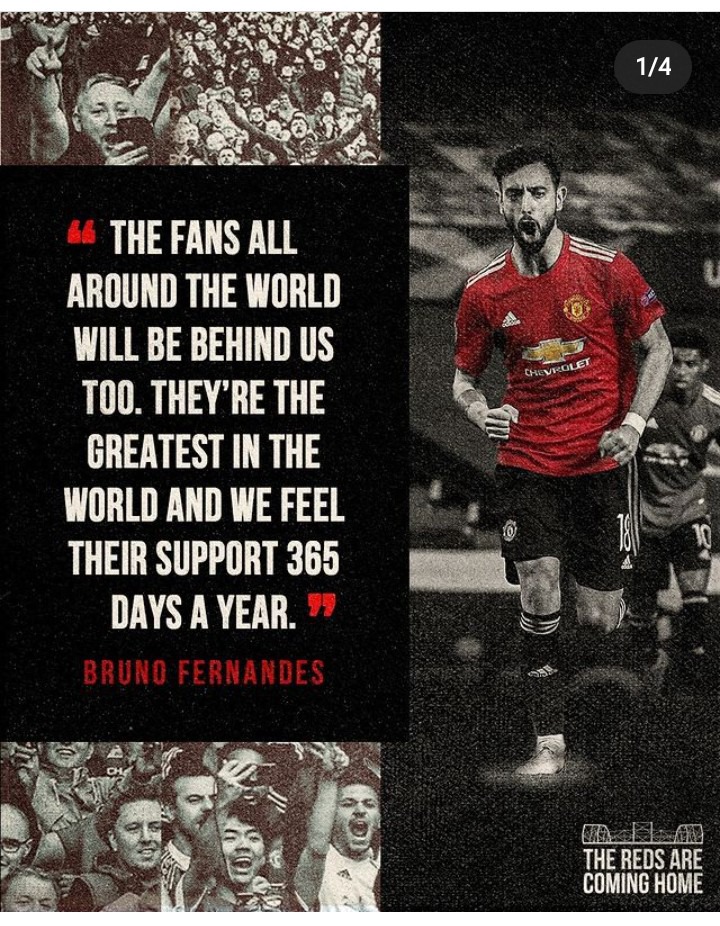 Bruno Fernandez also left a speech which really touched all united fans hearts by saying, " The fans all around the world will be behind us too. They are the greatest in the world and we fill their support 365 days a year.

United coach Ole Gunnar wasn't left behind and said these. 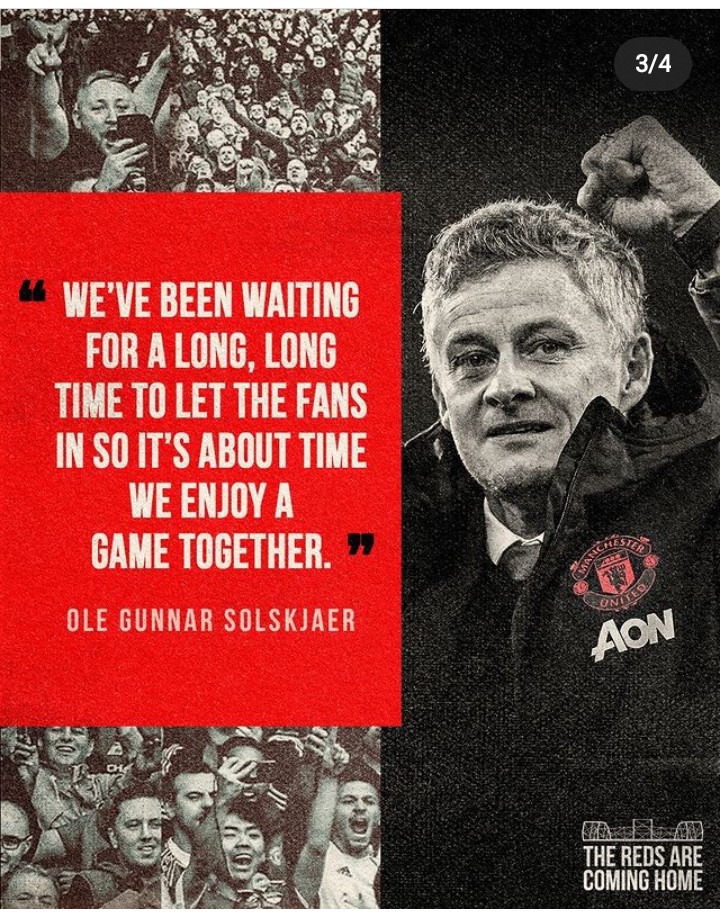 " We've been waiting for along time to let the fans in so it's about time we enjoy a game together. " This shows that the players really miss their fans inside the stadium.

The club is still waiting for other players to say even a single of word before the final match.