Arsenal are in direct contact with Nuno Tavares agents. Player priority is joining Arsenal FC as he dreams of Premier League future, personal terms won’t be an issue - it’s up to Arsenal.

Arsenal and Benfica have an agreement in principle for Nuno Tavares - LB target revelead two days ago. Deal set to be completed for €8m as guaranteed fee + add ons.

After Napoli and Lazio, also Arsenal have been in contact with Nuno Tavares agents. Benfica are asking around €15/17m to sell the Portuguese left back. [@DiMarzio]

But after Tierney’s contract extension signed, Arsenal will calmly decide how to act on the left back.

Lokonga has same priority: he’s not considering Serie A bids until Arsenal are in the race. 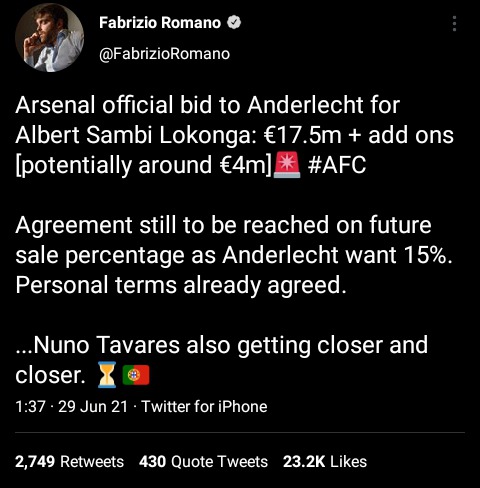 The clubs have since been negotiating a transfer fee with a breakthrough expected soon.

According to transfer journalist Fabrizio Romano, an initial £14.5million is on the table for the Belgian club.

Mikel Arteta is nearing his first signing of the summer with a deal looming for Albert Sambi Lokonga.

The Anderlecht playmaker is tipped to fill the hole left by Martin Odegaard following the end of his loan spell from Real Madrid. 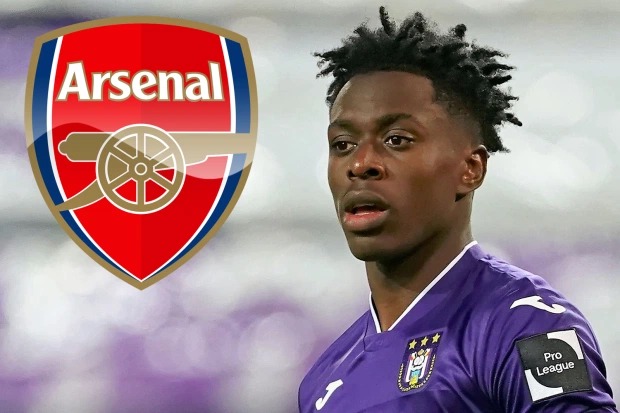 Chelsea's Possible Lineup For Next Season After Completing Their Summer Transfer Targets.