By WillyKim (self meida writer) | 16 days Timo Werner has maybe redeemed himself following the not so good mid-week performance that he showed in the clash against Real Madrid.In that game he missed a sitter against Thibaut Courtouis in the early minutes.Chelsea would have won by more than two goals.

On Saturday,Chelsea played against Fulham in an English Premier League fixture.The first goal was scored in the first half by Kai Havertz with an assist from Mason Mount.Chelsea would later score in the second half with and assist from Timo Werner.This has now catapulted Timo Werner's assist statistics as we will see. 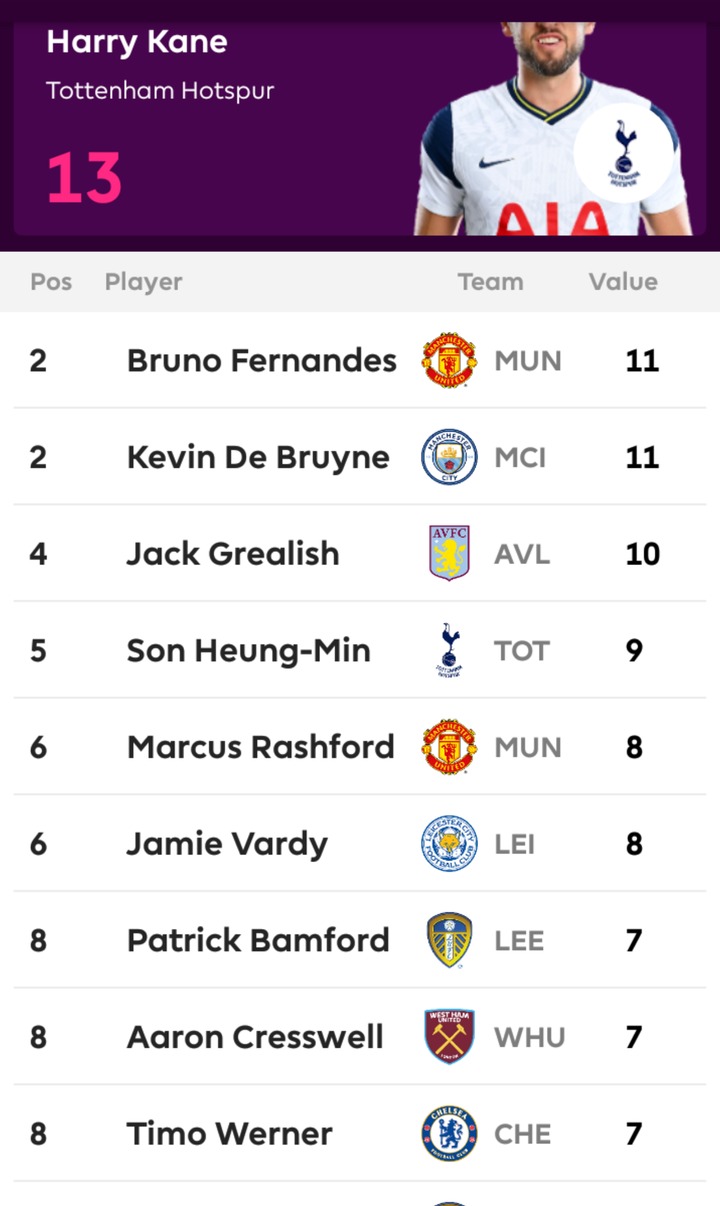 Jack Grealish follow the pair with ten assists although he got an injury that has now kept him out for the better part of the season.Son Heung Min has nine assists for this season and has worked hand in hand with Harry Kane.

Patrick Bamford,Aaron Creswell and Timo Werner follow.Timo Werner joins them after the particular assist against Fulham.So maybe Werner is not a flop perse as many think.