Good News Arsenal Fans! Arteta set to give Debut to Another Wonderkid that will Partner Aubameyang

Arsenal attack has been dwindling this season compared to the previous one. The top scorer is Alexander Lacazzette with 9 goals after 26 matches while the season before Aubameyang was leading the onslaught with more than 15 goals.

When asked about the situation involving Hale End Academy player, Folarin Balogun, Arteta said that they were monitoring the towering striker in PL2. The manager also said the player wants to make a name for himself at the Emirates Stadium with his contract set to expire next season. 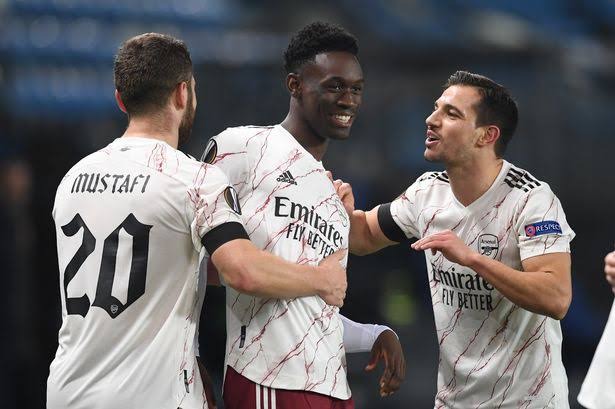 "I am pretty positive. Every time I spoke to him, he mentions that he’s determined to stay. We had some really positive conversations with his agent as well and Edu is in charge of that. He’s been spending a lot of time and energy to make that deal happen." The Spaniard manager said in a press conferences as quoted by Charles Watts, Goal journalist on twitter.

The Anglo-Nigerian has been formidable for the U23 side with a better goal ratio. He has however been featured for Arsenal in cup competition as a substitute.

The North London based club will be playing at Turf Moor against Burnley on Saturday. They are sitting on the 10th position after 26 games.