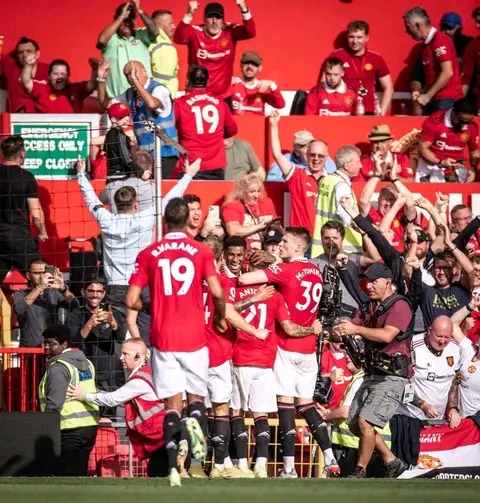 Manchester United are set to visit their neighbours Manchester City on Sunday in a mouth watering premier League encounter. The match will bring together Pep Guardiola and Eric ten Hag for the first time after partying their ways from their time together at Bayern Munich.

Ten hag would be wishing to get a good result against Manchester City to continue with his resurgence form in the premier League.

The football fans are expecting an enterning match considering the quality of the two managers.

Considering how the two teams normally plays, Manchester city are likely to have more possession of the ball as United will be targeting to hit Manchester city with counters.

Manchester United are going to be without their captain harry Maguire who picked up an injury while playing for his national team. United have also been boosted by the return of Antony Martial and Rashford who have returned to the team after recovering from their respective injuries.

Ten hag is not likey to make any change in the goal and defence as he would start with Degea at the post. In front of De Gea will be Dalot and Malacia on the right and left back respectively with varane and Martinez being paired at the central defence.

In the midfield, Ten has may decide to retain his usual starting midfielders of Eriksen and Mactomney in a double midfield pivot with Bruno sitting in front of them.

Ten hag is likely to start with Rashford after confirming that he had returned to the team training. On the wings United might line up with Sancho and Antony.

Ronaldo, Martial and Casemiro are likely to be introduced into the game in the second half of the game to see of Manchester city.

Armed Bandits Attack and Kidnap Worshippers in a Mosque (Photos)

Video: Embarrassing Moment for a Man After A Lady Rejects His Proposal In Public