Win Over 22500 This Friday Night From These Well Predicted Matches

By Philscore (self meida writer) | 9 days

Inter Turku have lost three of their last six away matches. They have scored in four of their last five matches they have played so far.

The hosts created little in first-leg but profited from an early error. They are have scored in four of their last five matches.

Larne have kept only three clean sheets in their last 23 matches at home. This will be a mouthwatering clash and we expect Larne to win.

The hosts are unbeaten in their last four home matches drawing once so far. Their good form has made them score three goals in their last five matches. 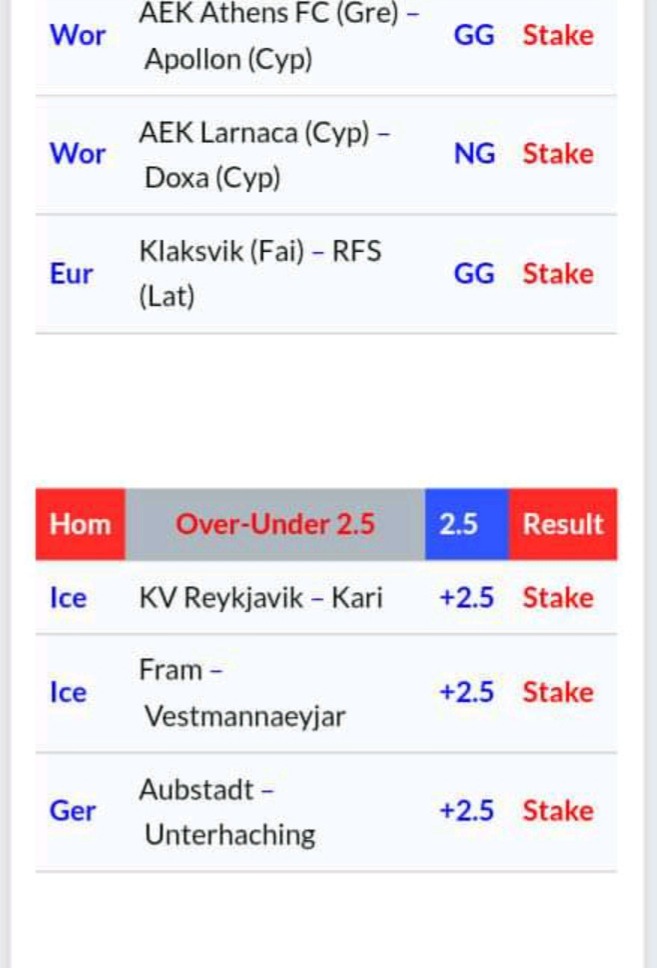 Player Undergoes Medicals In West London Ahead Of Move, Latest On Transfers