By @PAULO_HustlerTV (self media writer) | 3 months ago 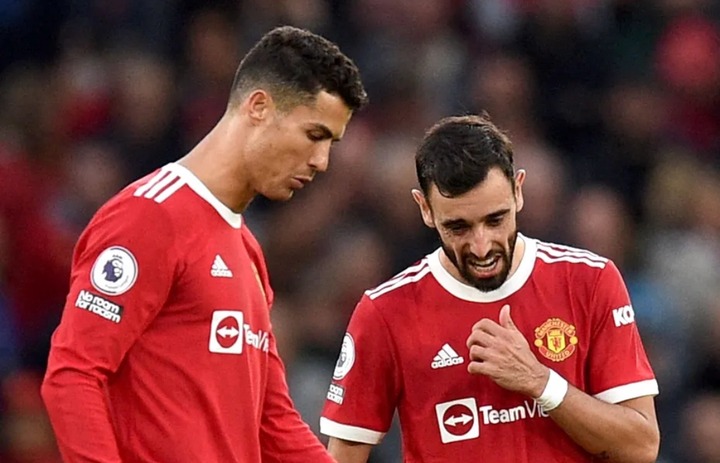 Things are getting tuff with Manchester United all time goal scorer Christiano Ronaldo Following his Recent Behaviors at the club. Ronaldo who is Manchester United legend who has made 233 appearances for the club having scored 103 goals and giving 37 assist is no longer the preferred choice for United coach Erik Ten Hag first eleven

Ronaldo who missed Wednesdays clash with Antonio conte's Tottenham Hotspur was seen leaving the field field before the games ends after failing to be present in the field, not even being given sub. This comes after Erik Ten Hag's sentiments that Manchester United star christiano Ronaldo doesn't always feel good when he is benched, revealing that he usually wants to play no matter. 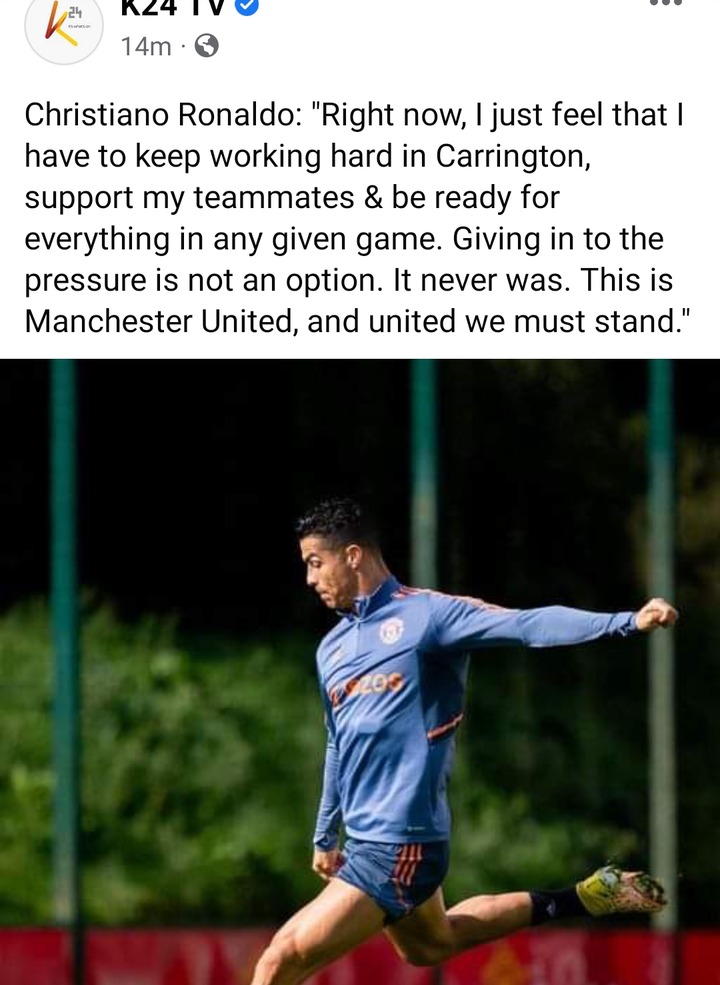 Portugal striker after the malicious act witnessed in Old Trafford last has breaks silence saying that it's now wise to keep working hard, support his team mates and also be ready for anything at any given time. He also alleged that giving too much pressure to play will not be an option saying that Manchester United club is bigger than anybody including him 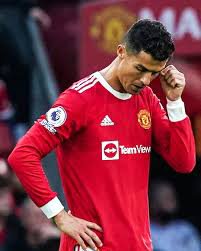 However, Manchester United fans seems they are tired with christians behaviours while benched something they says that he doesn't want other players also to show their potential in the field. They have now told Ronaldo to leave the club Saying that his acts will demoralize other players morale to play and deliver while given a chance represent the club. Below are the reactions 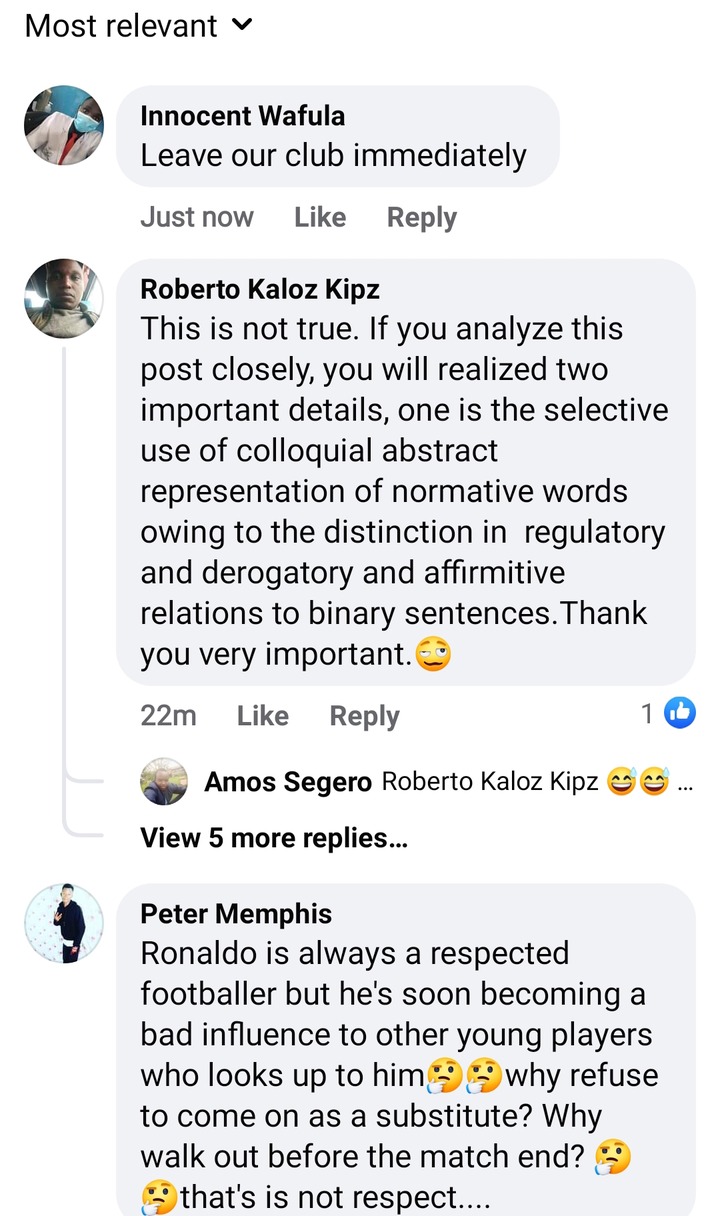