Today English Premier League returned to action to continue from where they had left after the international break. The most eagerly awaited match was that between Manchester City's clash with Arsenal. This game was dubbed the match between the Master and the student. 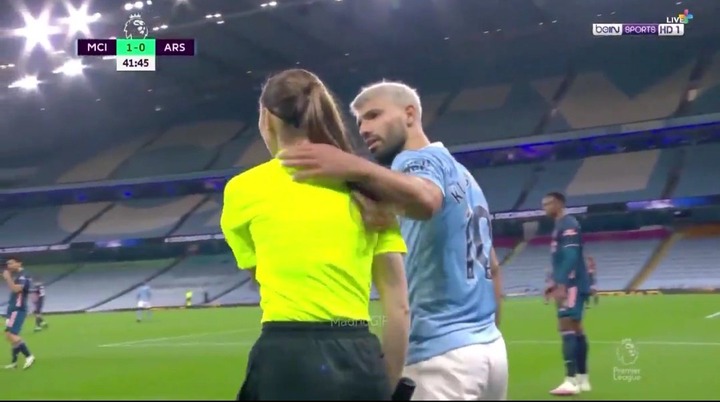 In the last 5 years, Arsenal has never won against Manchester City in the Premier League and it was an uphill task for Mikel Arteta to ensure that he breaks that record. But at the end of the first half, Manchester City was already one goal ahead thanks to a goal from Raheem Sterling.

Curious fans noted something exciting about Manchester City's striker Kun Aguero as he was captured putting his hands on a female lines referee. According to the football rules, it is an offense to hold a referee and you can be booked for such.

This gesture by Aguero sparked a storm online considering that he was a female referee. He is what football fans had to say after the scenario was captured by the camera. 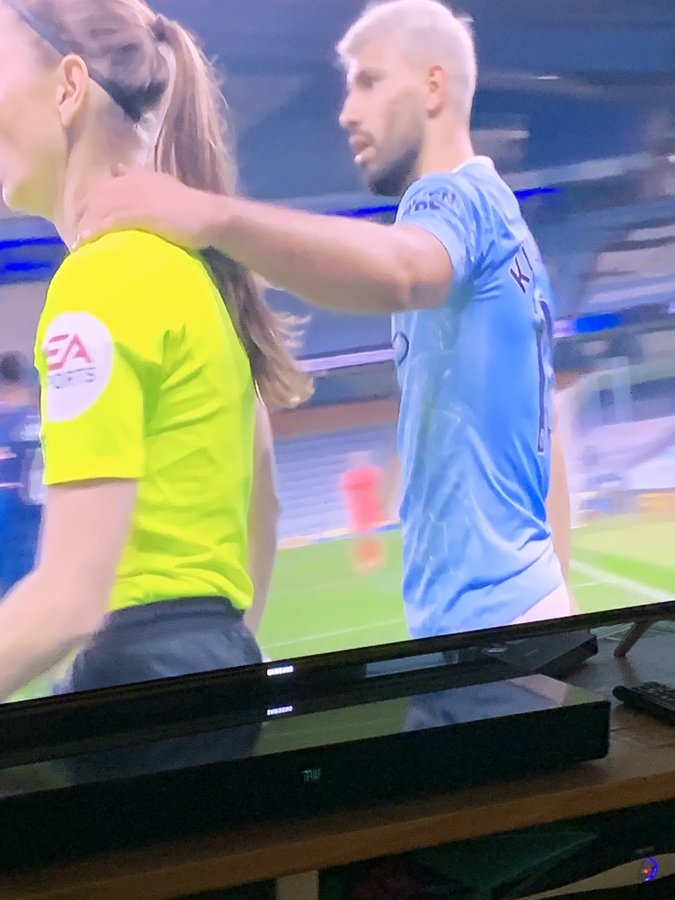 @na_Amoeba: surprised he wasn't given a warning lol.

Ian GK: Mercy(that lady) has a history with that club (man-city)😀

Principe: Facts. Totally unnecessary (involuntary response though, lol, he needs to fix up). 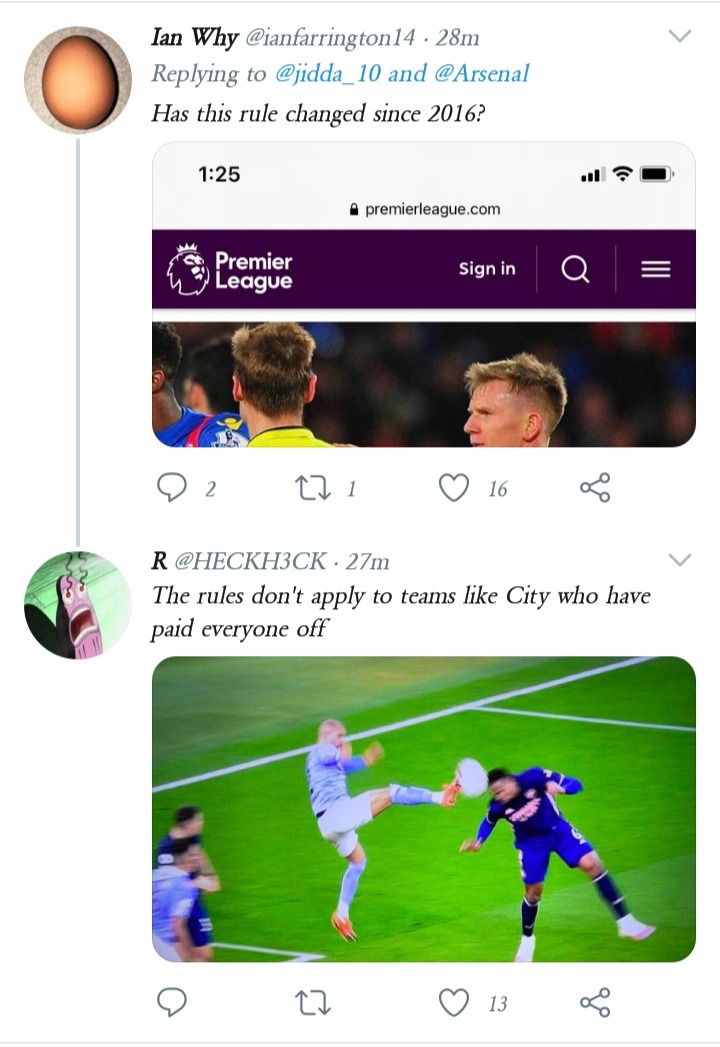 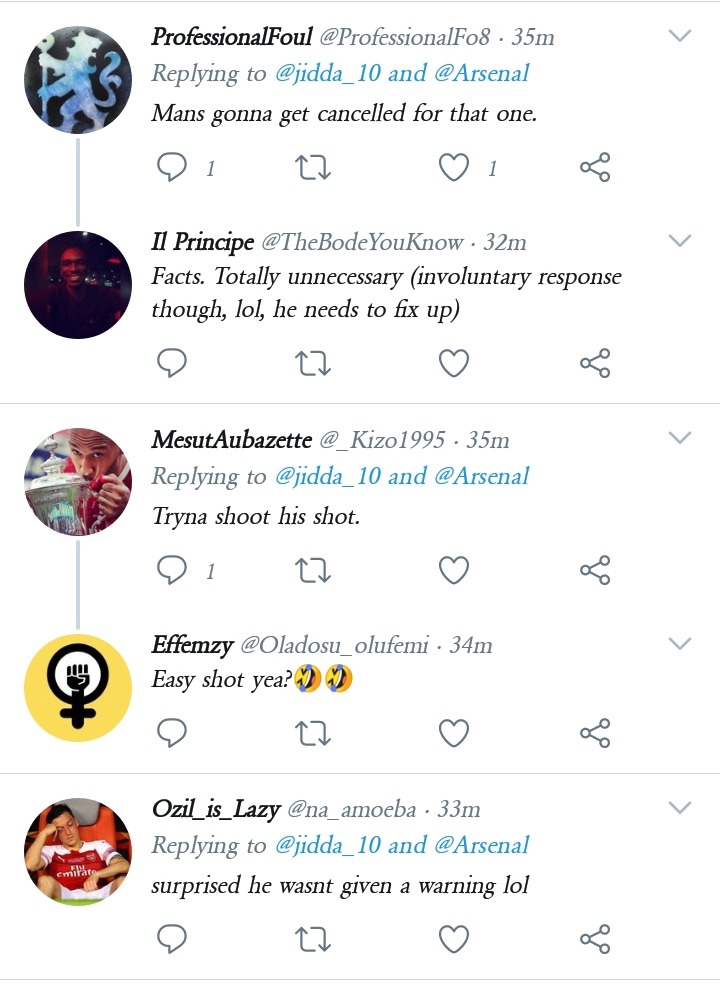 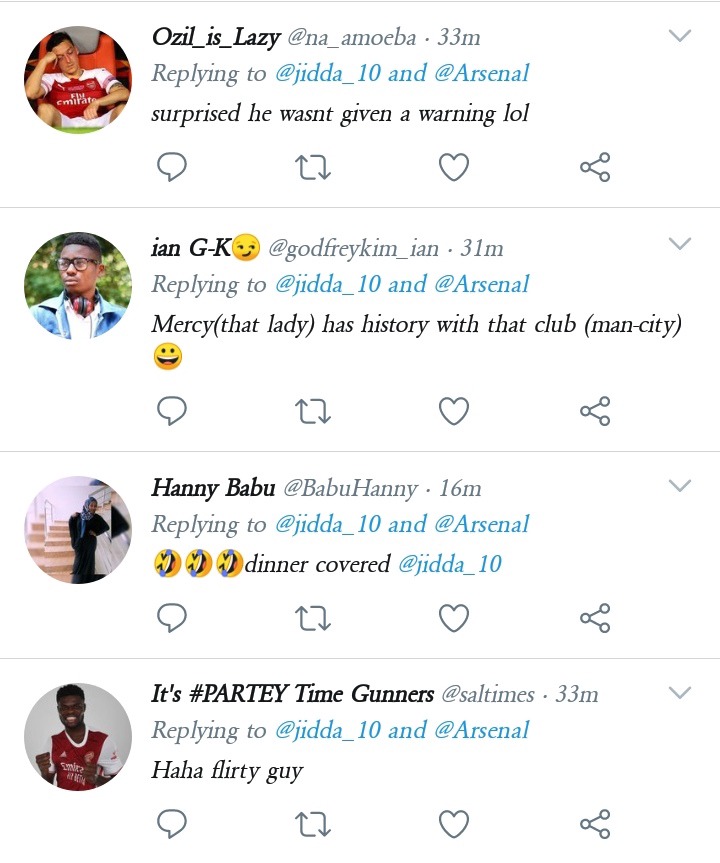 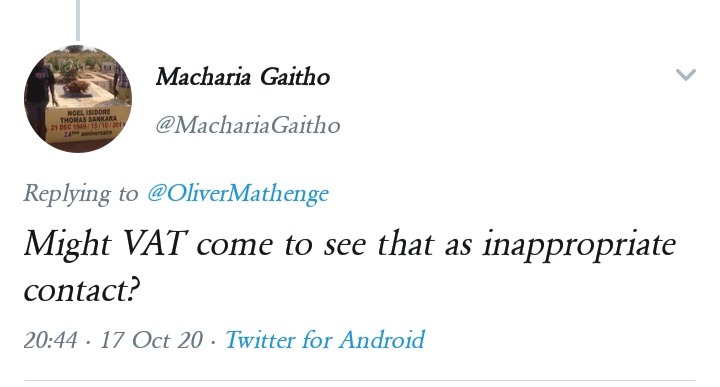 Meanwhile, What is your take? Drop your comments.

Arsenal Manchester City Mikel Arteta Premier League Raheem Sterling
Opera News is a free to use platform and the views and opinions expressed herein are solely those of the author and do not represent, reflect or express the views of Opera News. Any/all written content and images displayed are provided by the blogger/author, appear herein as submitted by the blogger/author and are unedited by Opera News. Opera News does not consent to nor does it condone the posting of any content that violates the rights (including the copyrights) of any third party, nor content that may malign, inter alia, any religion, ethnic group, organization, gender, company, or individual. Opera News furthermore does not condone the use of our platform for the purposes encouraging/endorsing hate speech, violation of human rights and/or utterances of a defamatory nature. If the content contained herein violates any of your rights, including those of copyright, and/or violates any the above mentioned factors, you are requested to immediately notify us using via the following email address operanews-external(at)opera.com and/or report the article using the available reporting functionality built into our Platform