By Carobettyopondo (self media writer) | 3 months ago 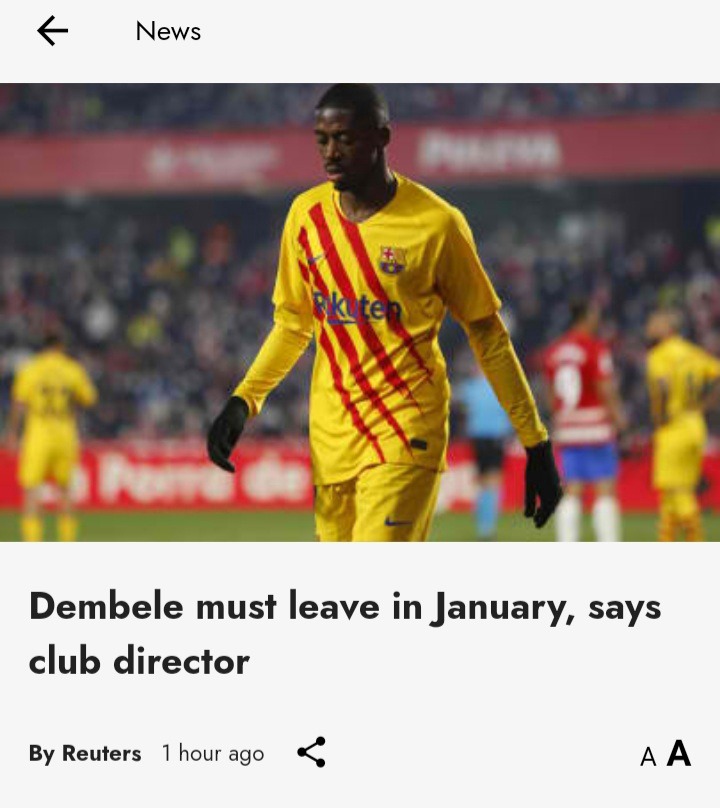 Barcelona forward Ousmane Dembele must leave the club before January tranfer window closes for both his sake as well as the Catalan club to ensure they get a fee as his contract ends in June, club director Mateu Alemany has said.

Ousmane Dembele, who joined Barcelona from Borussia Dortmund in 2017, has failed to deliver on his potential that made the spanish club pay sh.13.5billion for his services, scoring only 31 goals in 129 appearances.

Barcelona, who have debts of more than sh.174billion, risk losing him for free at the end of the season if he does not renew his contract and coach Xavi Hernandez has also said they will look to move him on if that is the case.

Alamany said the club has already told Dembele he " needs to leave immediately ".

Dembele was brought in as a replacement for Neymar who moved to PSG in 2017 in a record-breaking transfer when the french club triggered his sh.28.6billion release clause.

Barcelona also signed Philippe Coutinho using the funds from the Neymar deal but the Brazilian midfielder struggled to make an impact, spending the 2019-20 season on loan at Bayern Munich and joining Aston Villa on loan earlier this month.

Content created and supplied by: Carobettyopondo (via Opera News )

TIFA Research Poll: Number of Women Who Will Vote For Raila-Karua Compared to Ruto-Gachagua Ticket