What Tottenham Fan Did To Ramsdale After Fulltime Whistle That Has Elicited Mixed Reactions. 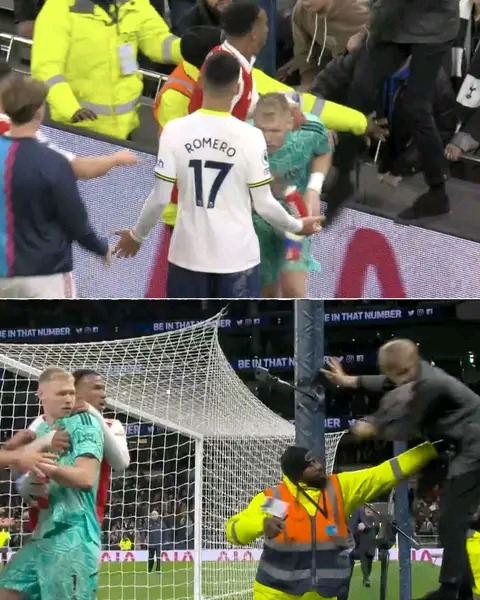 The North London derby has now shifted to favour Arsenal who are slowly proving to the whole world that they are title contenders having been at the top of the English Premier league table since last year.They have now gone eight points clear of Manchester City who will have to play against Tottenham Hotspur on Wednesday before they lock horns with the gunners.

This act of the fan has however irritated football fans from all over the world with several people now heaping blames on Tottenham Hotspurs management for not managing their club.They now want clubs to manage their fans stating that some fans can end up harming players. 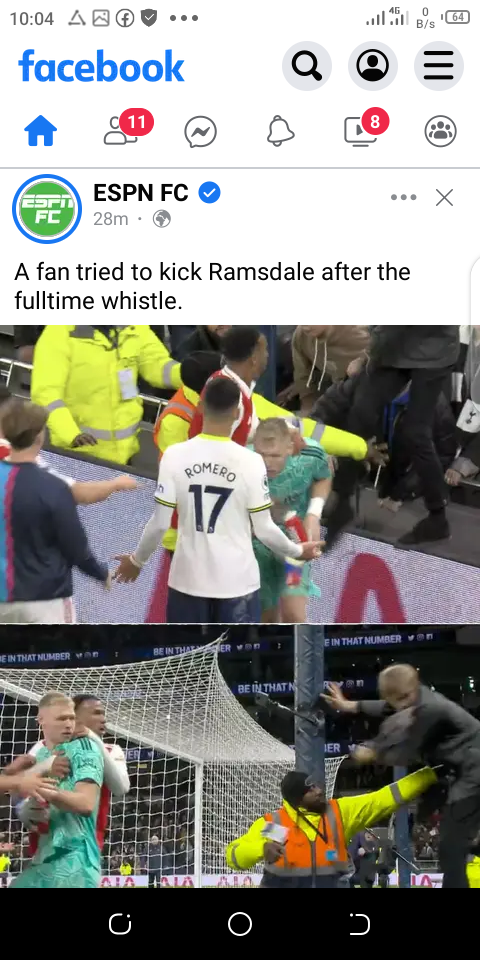 Content created and supplied by: KenOdhiambo001 (via Opera News )