By OneStopNews (self media writer) | 24 days ago

Manchester United continued their good form in the League with a lucky 2-1 win over West Ham at the Olympic Stadium on Sunday. The win also extended United away unbeaten form in the league to 29 matches showcasing their status as the undisputed Kings of comebacks as well as the away kings. 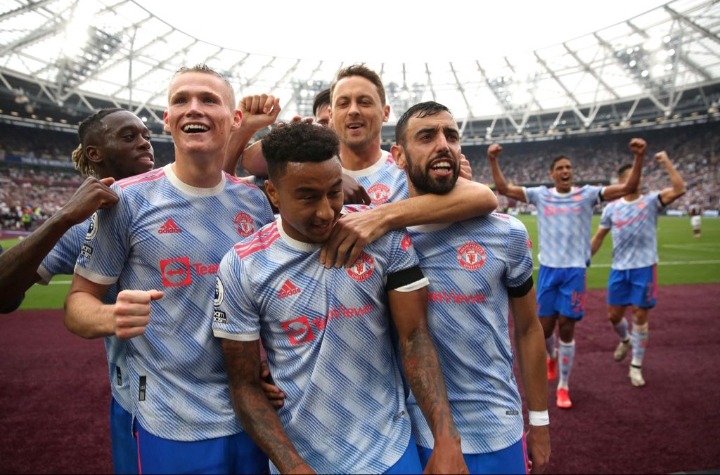 United had to come from behind again to win against West Ham with Ronaldo starting the comeback. The Hammers had the chance to force a draw in the game with a late penalty but David De Gea thwarted Mark Nobble's attempt. 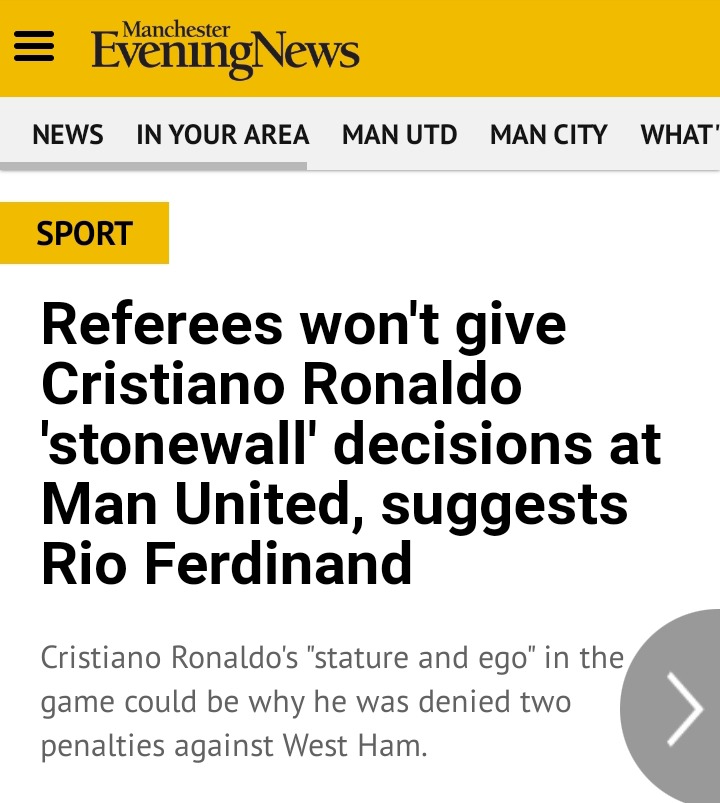 Despite the positives for United in the game, controversy surrounded the game. United felt like they were denied two stonewall penalties after Ronaldo was tripped in the box twice. Both VAR and referee Martin Atkinson felt that he went down too easily. 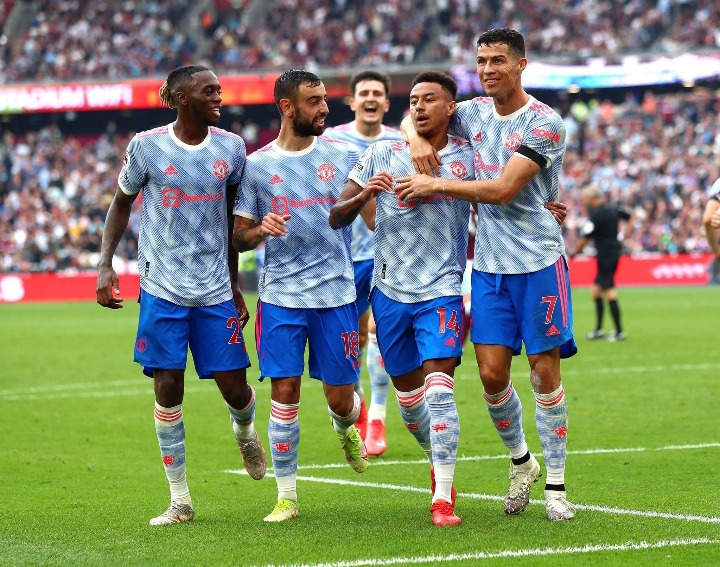 However, former United legend Rio Ferdinand believed he knows the reason why Ronaldo will not be easily be given a penalty by Premier League referees. He stated that referees are threatened by Ronaldo's status, statue and ego which makes them reluctant to give him penalties. 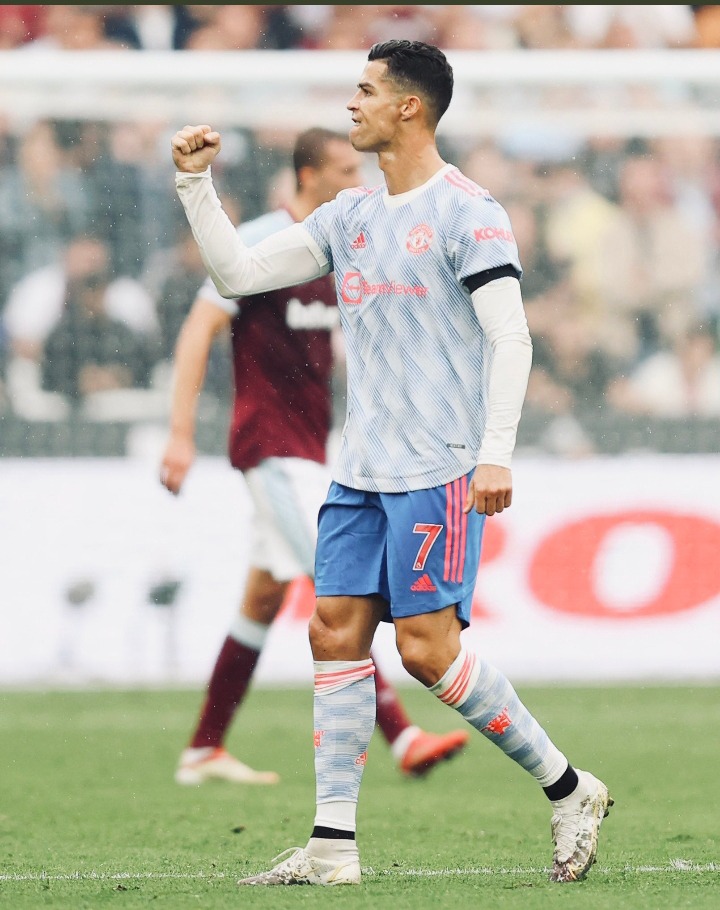 Being one of the best players in the world for the past 15 years, Ronaldo has always been given special treatment by referees wherever he played. This fact has somehow pushed EPL referees into denying him penalties that he dully deserved. But he has already proven that he does not need penalties to score.

Do you think United deserved the two penalty claims against Ronaldo?