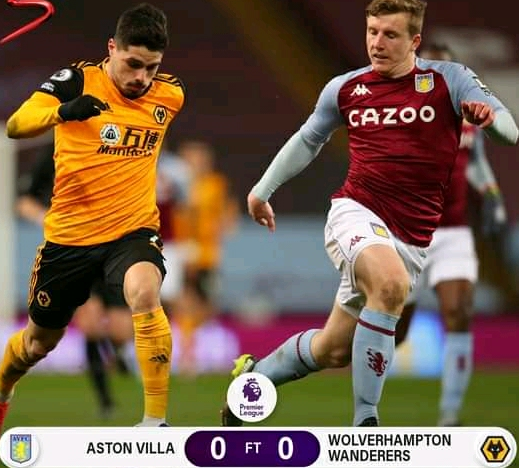 Aston Villa failed to score at hone after they were forced into a goalless draw against Wolves at Villa Park in a Premier League clash. The Villains were looking forward to capitilize on their first leg 1-0 away victory at Molineux Stadium against Wolves while the visitors where looking to bounce back to winning ways after 2 matches spell winless in the Premier League. Aston Villa dominated the ball possession at 55%, racked up to 7 shots on target but failed to convert any as Grealish, Traore, Barkley, El Ghazi & Ollie Watkins had problems with shooting accuracies. Following the 0-0 draw, Aston Villa climbed up to position 9 in the English Premier League table with 40 points while Wolves remained 12th with 35 points. 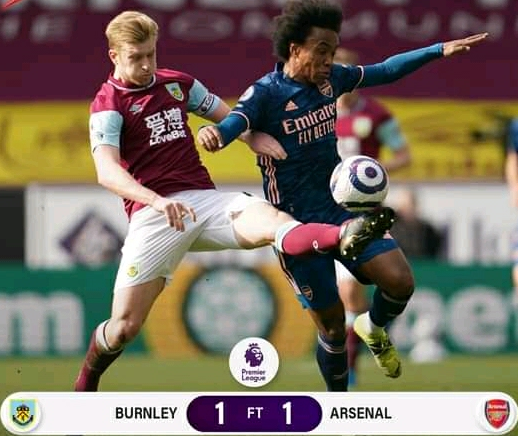 Arsenal failed to win their second consecutive fixture in the Premier League after they were unluckily held 1-1 at Turf Moor by hosts Burnley. The Gunners who lost the reverse fixture 1-0 at Emirates Stadium back in December 2020 courtesy of Aubameyang own goal; opened the scoring in the 6th minute through Aubameyang after combining with Willian. Burnley equalised 33 minutes later through their topscorer Chris Wood to force a 1-1 draw at home & salvage a vital point. Following the 1-1 draw, Arsenal climbed up to position 10 with 38 points while Burnley climbed up to position 15 with 30 points. 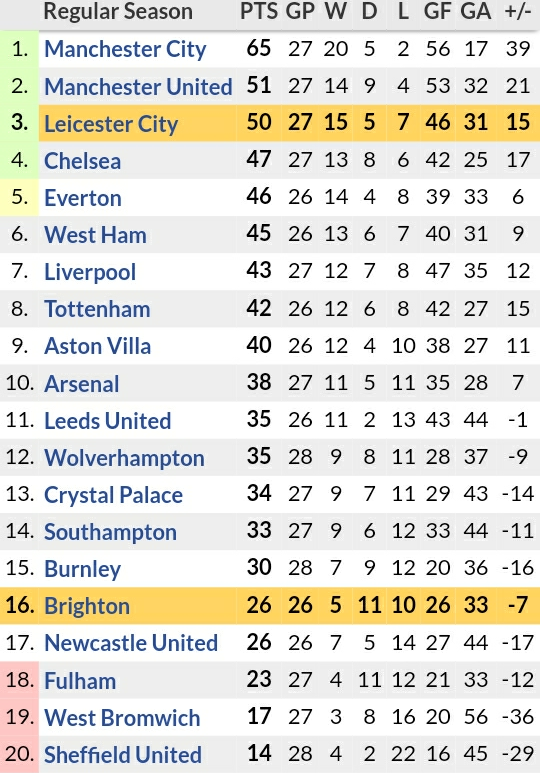