5 Over and Goal-goal Sure Matches To Earn Big

By MashHenry (self meida writer) | 2 months 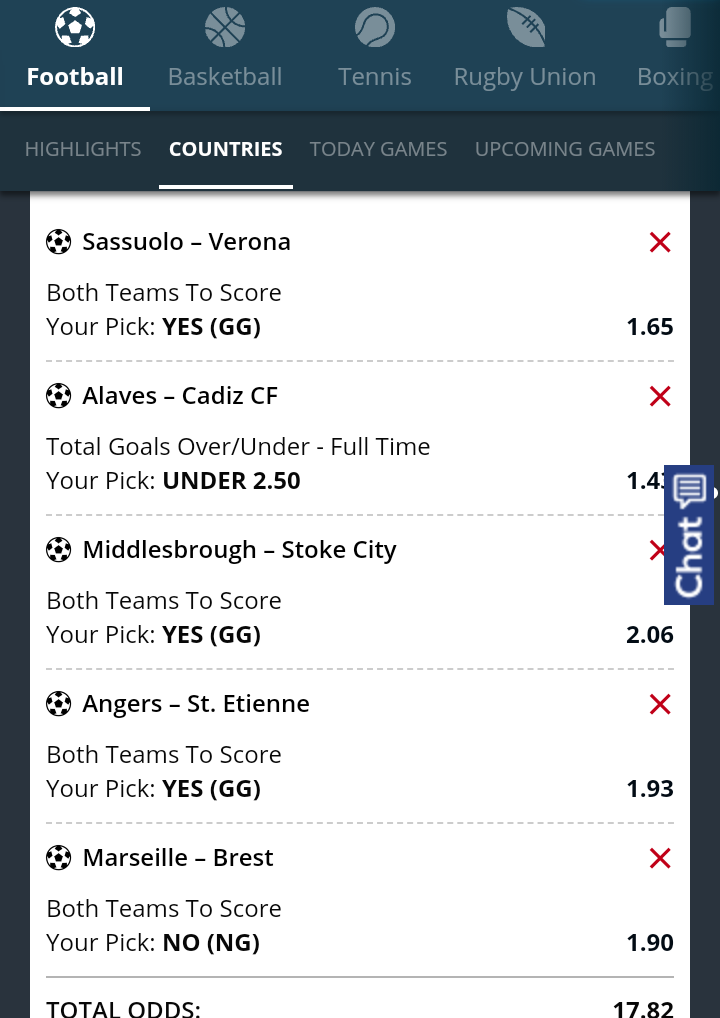 Sassuolo have seen both teams score in thirteen of their last fourteen league matches.

Sassuolo have scored in ten of their last twelve home matches.

Verona have scored in ten of their last thirteen matches on the road.

The last three Cadiz matches have witnessed under 2.5 goals.

Cadiz have seen under 2.5 matches in eight of their last twelve matches on the road.

Alaves have seen under 2.5 in eight of their last thirteen matches.

Three of the last four matches between these two has seen both teams score.

These club's last six matches have seen both teams score.

St Etienne have been poor this season, they have lost three of their last five league games.

Marseille have been good against Brest, they have won their last four encounters.

Brest have been poor in their last four matches where they have lost three.

Brest strikers have not scored in four of their last five matches on the road.

Middlesbrough have witnessed goal-goal in seven league matches this season.

Stoke City on the other hand have drawn 1-1 four times this season.

Injuries That Forced Players Into Early Retirement Including Haalands Father