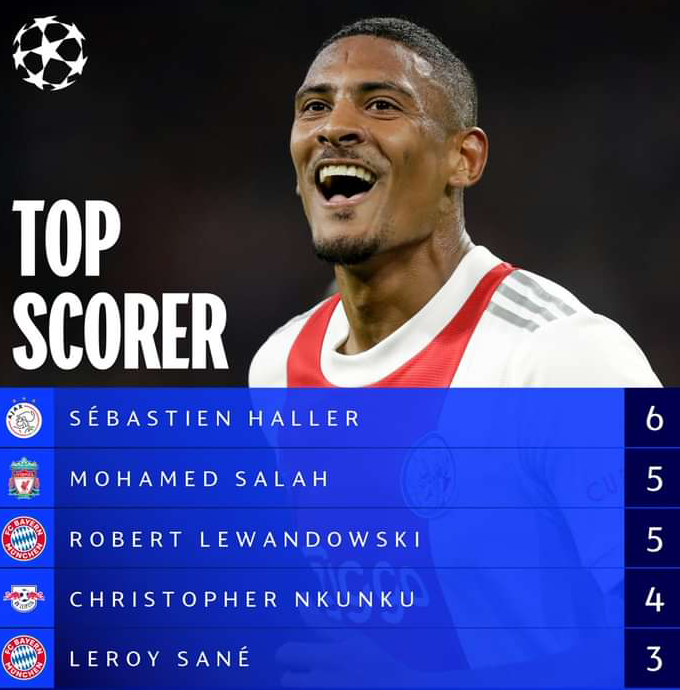 The Ajax forward came on as a substitute when his team were trailing Besiktas 1-0 at half-time in istanbul and promptly struck twice to seal a 2-1 win.

Haller's latest scoring feat came a day after Lewandowski lifted his own tally for the campaign to nine goals when he hit the opener in Bayern's 2-1 victory at Dynamo Kiev.

The Poland captain thus became the only player to have struck in nine consecutive champions league games on two occasions.

Next on the list is RB Leipzig's Christopher Nkunku with seven goals, Liverpool's Mohamed Salah and Manchester United's Cristiano Ronaldo are tucked in behind Nkunku on six apiece. 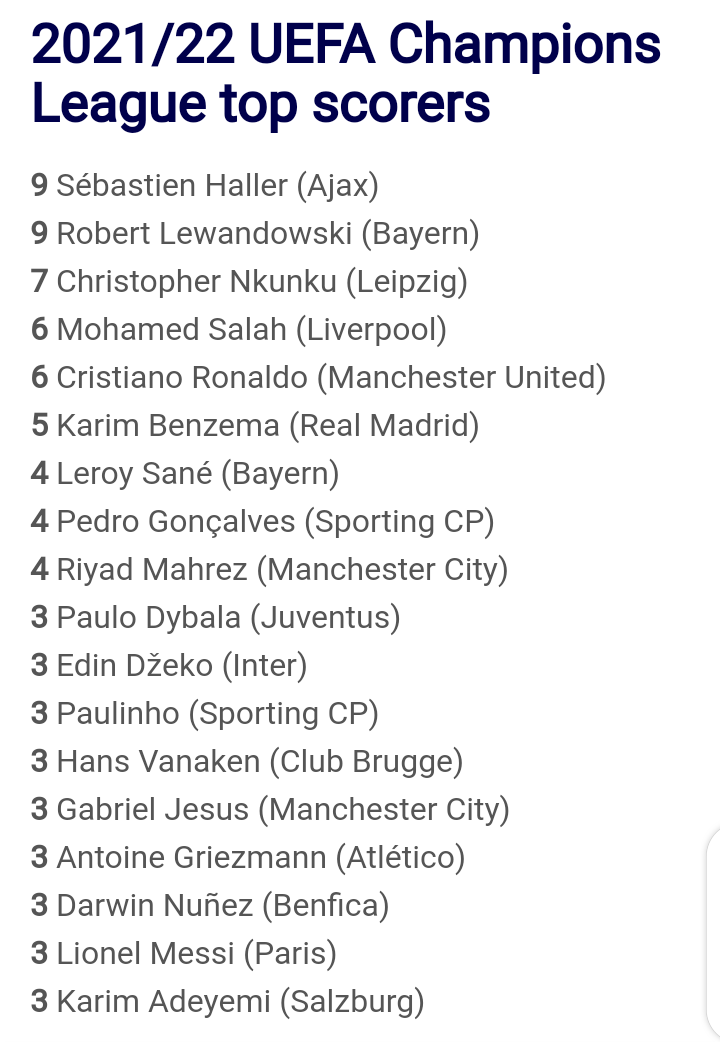