By Newscook (self meida writer) | 4 days 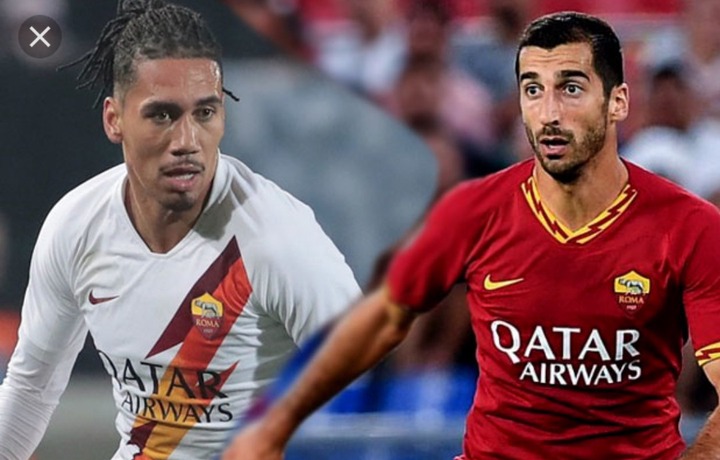 Jose Mourinho has made his return to Italy a decade after managing Inter Milan back in 2010. He was a fruitful manager having won a treble win Inter Milan and now set to prove his worth with Roma.

The Portuguese manager will succeed Paulo Fonseca who seems to be giving unsatisfactory results. Roma have not managed any win in their last 6 assignments (D2,L4) including the recent 6-2 devastating defeat against Manchester United in the Europa League first leg semifinals. 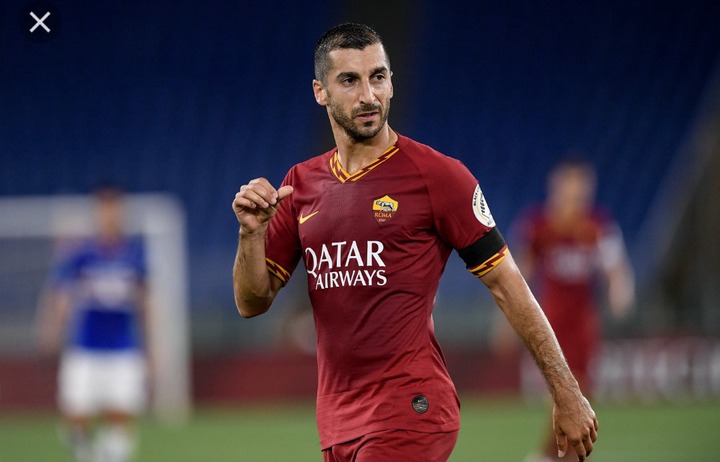 However, the new changes may not favour Henrikh Mkhitaryan who plays as a midfielder for Roma. The Armenian was an outcast at Manchester United having failed to go in line with Mourinho's tactics. He was signed out to Arsenal in swap agreement with Alexis Sanchez. 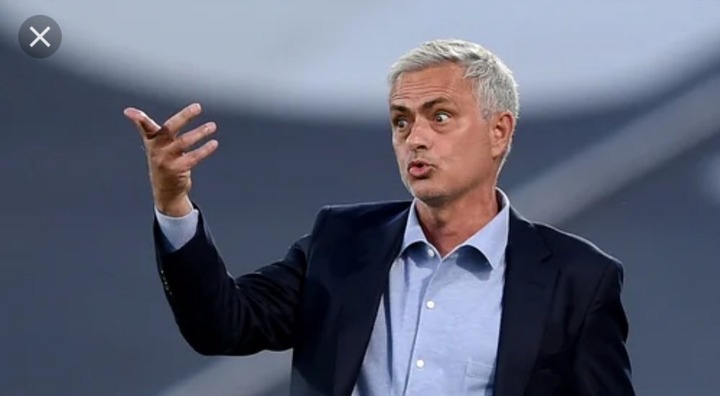 Mkhitaryan spoke about the challenges he faced working under Mourinho making it clear that it was difficult. He was sidelined at Old Trafford for the red devils poor form. 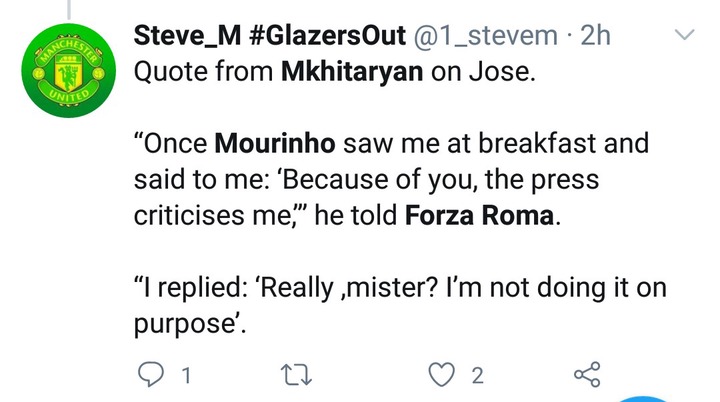 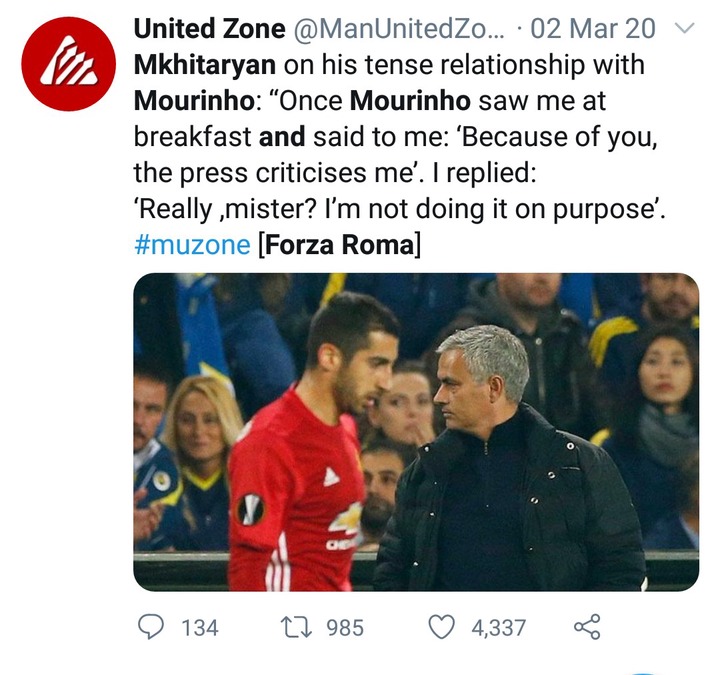 He said; "Once Mourinho saw me at breakfast and said to me: ' because of you the press criticises me' "

Despite of the negative side of their relationship, Mkhitaryan who has scored 9 goals in 30 league matches for Roma can still come to terms with his former manager and make progress together next season. 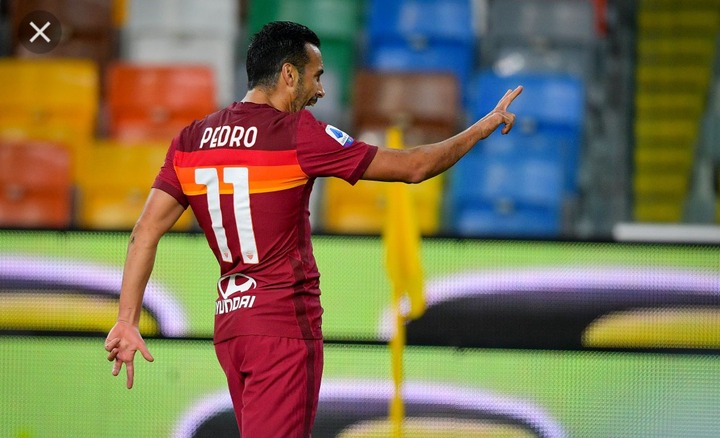 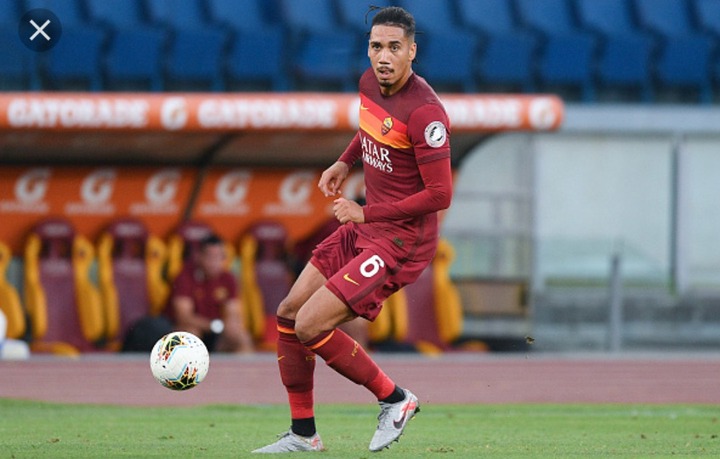 Jose Mourinho is set to reunite with other well acquainted players like Pedro and Chris Smalling. There is no question that the former Tottenham's manager will make history in Italy.

Todays Games To Win You Big With Well Analysed Matches