The Premier League recently announced the Player of the Season top six shortlist and surprisingly enough, Cristiano Ronaldo was not in the shortlist. Manchester United fans have been blabbering away online about the unfair treatment shown at Ronaldo but the Premier League and the English FA has kept silent about the matter. Rio Ferdinand, one among the many who have been shocked by the latest drafting has shone light on how Cristiano Ronaldo sees the whole scenario. 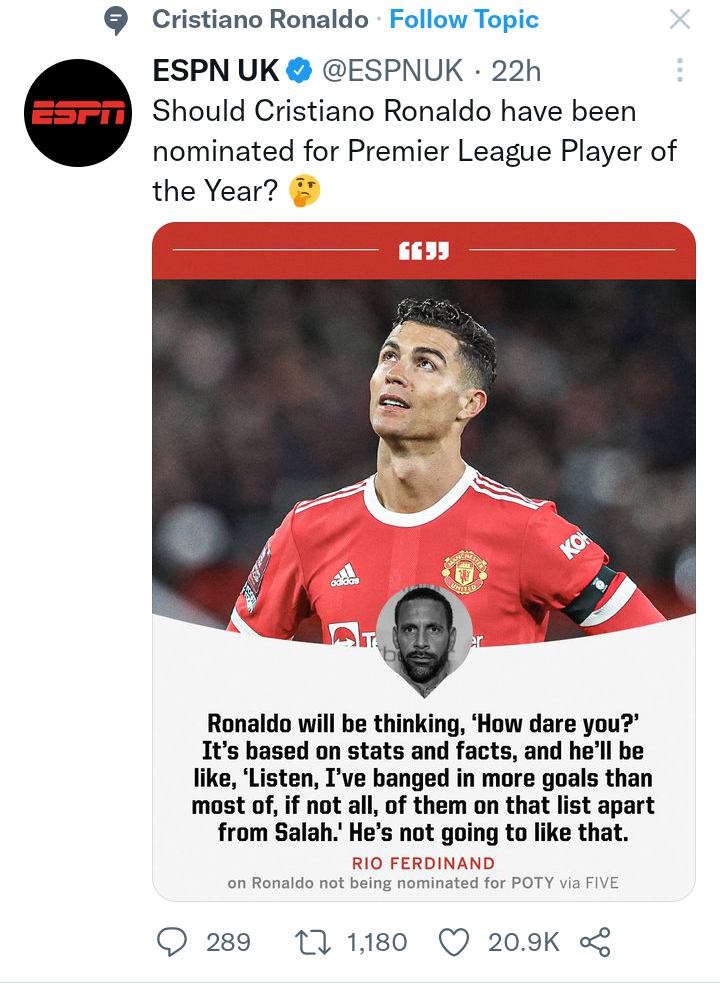 “Saying that it is unfair to Ronaldo to be excluded from the Player of the Season Award is an understatement. Ronaldo will be thinking “how dare you?” All of this is based on stats and facts. Ronaldo has worked really hard this season and the least they could do at the moment is to give nominate him for the award. If you ask me, Salah is the only one in that category that can topple Ronaldo fairly.”

According to Fabrizio Romano, Watford Star Joao Pedro has attracted unprecedented interest from other English Premier League clubs and will most definitely move when the season ends. Manchester United have been named as one of the club’s interested in the Brazilian and are more than willing to launch talks with his agent once the summer transfer window opens. Manchester United are currently scouting for players to fill in for the likes of Anthony Martial and Jesse Lingard and what better replacements for them than those who already have the experience of playing in the league itself? 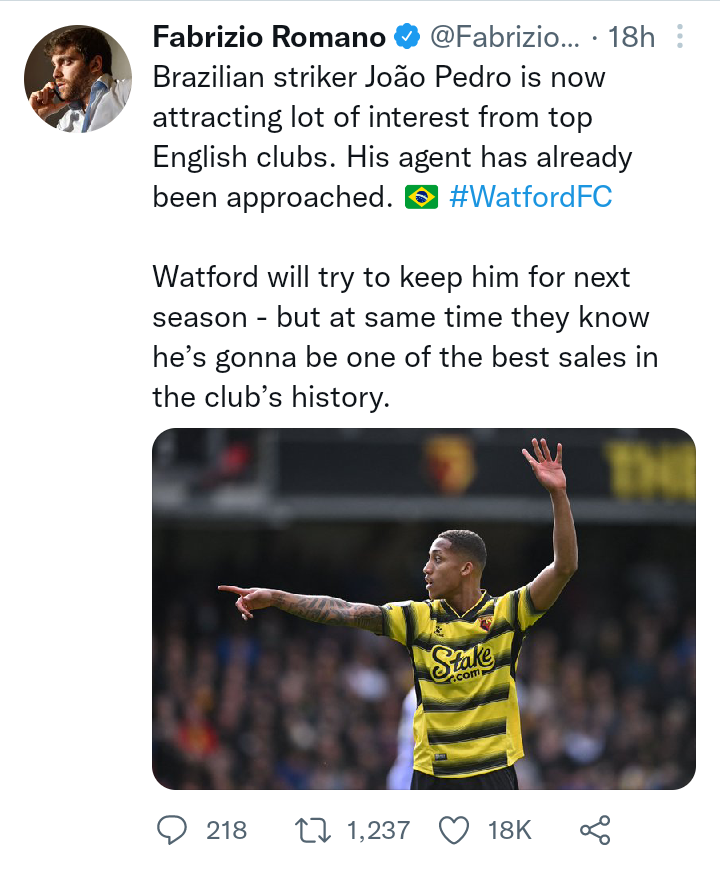 Watford currently have their hands tied in poking their noses in the player’s transfer business because they are the one who insisted that a release clause be activated in his contract if the club is to be relegated this season. Joao Pedro is known to be very ambitious and will most definitely choose a club that has very high chances of winning trophies in the next few years.

Juan Mata has reportedly turned down an offer to join Erik Ten Hag’s coaching staff insisting that he is not yet done playing football. Juan Mata’s contract expires once the season ends and he has glued his interest in joining La Liga clubs where he feels more comfortable retiring after a season or two. Manchester United offered Mata the proposal of joining the technical staff because he is currently taking coaching badges with FIFA. 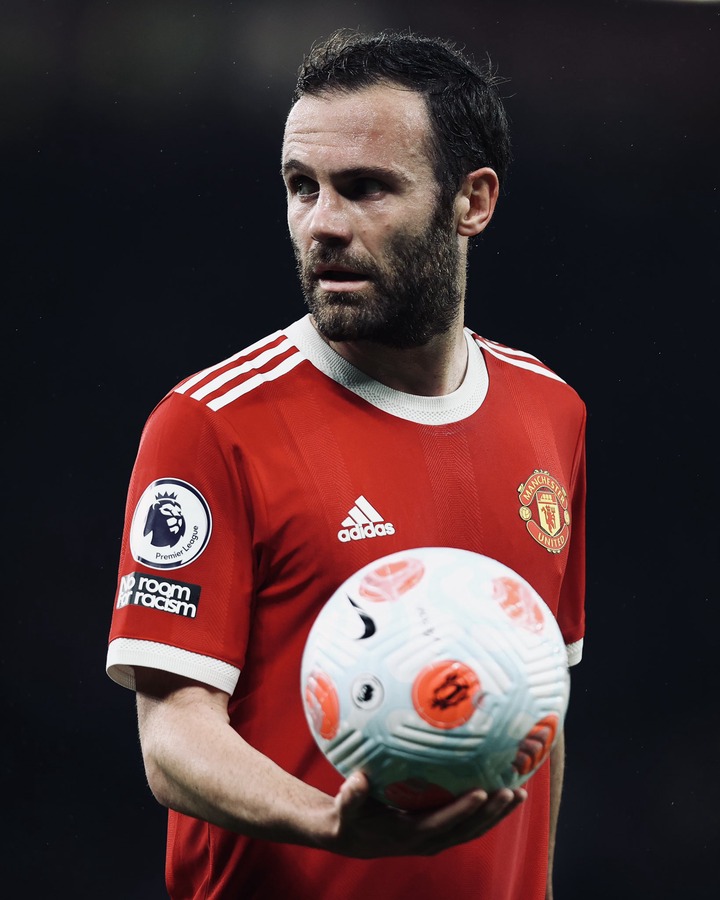 How Chelsea Have Faired In The Transfer Market Compared To Other "Big Six" Teams In England.