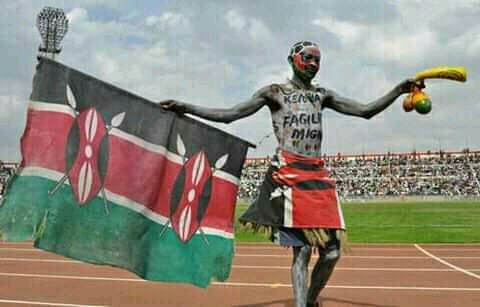 Kenyan football fraternity is mourning the death of popular football fan Isaac Juma Onyango alias Kenya One or AFC One who is known to be seen during Harambee Stars and AFC Leopards matches. According to the latest details, he was murdered over land disputes and he had previously said that his life was in danger. 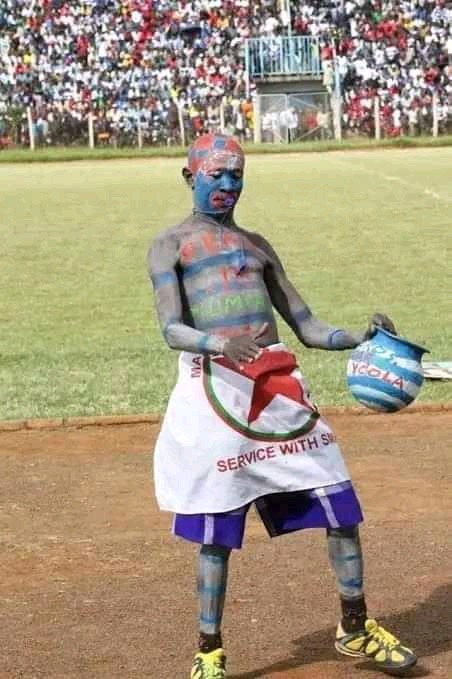 The residents of Ebunyenje Village in Mumias West was hacked to death on Wednesday night by people who raided his home as he was preparing to retire to bed that night. According to a description from his son, the boy says that his father got out of the house when he heard people storming the compound. At that moment, Isaac Juma was armed with a panga to meet those people who were after his life. The boy narrates how a gigantic man stopped him from helping his father who was being attacked by the unknown men who were using pangas on him as he bled profusely until he met his death.

According to the residents, Isaac Juma's murder is as a result of family wrangles over land and not football or political matters.

This comes a time when detectives have arrested the suspect behind the murder of Isaac Juma Onyango. The 27-year-old Milton Namatsi is believed to be part of the gang that killed Juma.

Isaac Juma will be remembered as an added football fan who was always conspicuous on the field whenever Harambee Stars and AFC Leopards teams played.

Video: Kabogo Reveals How He Responds to Her Wife's "I Love You" Leaving the Crowd in Stitches