By Mkangai'sOfficialSite (self meida writer) | 1 months 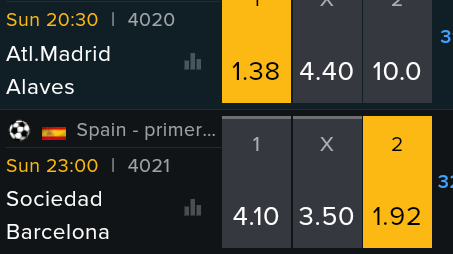 Three or more goals per match have been seen in 5 of the last 6 fixtures where PAOK have participated. Opposition teams scored 8 of them in these games whereas Dikefalos tou Vorra managed to get a total of 12.

Since a loss in their previous game against Volos in Super League action, AEK Athenswill be hoping to turn things around here.

Looking at their form, and AEK Athens have been scored against in 5 of their last 6 matches, seeing opposing sides hit 8 goals in total. Defensively, AEK have clearly had some problems. We will just have to find out if that trend will be sustained into this next match.

Looking at the statistics for their head to head meetings stretching back to 29/09/2019, there is nothing to separate the two clubs with PAOK winning 1 of those games, AEK Athens 1 and 4 being draws after 90 minutes of play.

A combined sum of 13 goals were yielded between them during those clashes, with 6 for Dikefalos tou Vorra and 7 coming from AEK.

The last league encounter between the two was Super League match day 18 on 24/01/2021 and the score finished PAOK 2-2AEK Athens.

That day, PAOK had 54% possession and 7 attempts at goal with 5 on target. At the other end, AEK Athens got 9 shots on goal with 6 of them on target.

PAOK boss Pablo García will be happy not to have any fitness worries whatsoever before this clash with a fully injury-free squad available to choose from.

AEK boss Manolo Jiménez has to choose from a squad that has some fitness concerns. Dmytro Chygrynskyi (Unknown Injury) and Konstantinos Galanopoulos (Shoulder fracture) will miss out on this game.

AEK Athens are dangerous enough to put a goal past this PAOK lineup, although that realistically won’t be enough to avoid a loss.

Olympiacos will want to continue from where they left off last time out with the 0-1 Europa League victory versus Arsenal. 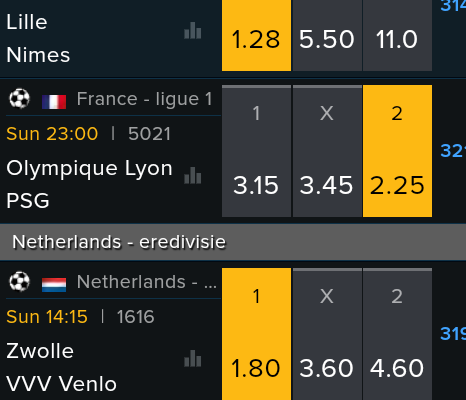 They’ve hit an aggregate of 11 during that time while also conceding a total of 7. We will have to see if that trend can be continued on into this next match. Aris FC head into the clash following a 1-0 Super League win with the defeat of OFI Crete in their most recent outing.

A succession of accomplished displays from the Aris FC defenders has resulted in the number of goals they’ve conceded amounting to 3 from their last 6 outings combined. In that time, their forwards have scored 9.

Looking at their past head to head results going back to 06/10/2019 tells us that these fixtures have been pretty painful for Aris FC. They have not managed to register any victories at all whereas Olympiacos have simply been better than them, getting wins in 83% of those games where they have faced each other.

The previous league game between these clubs was Super League match day 23 on 21/02/2021 when the final score was Olympiacos 1-1 Aris FC.

Due to a completely injury-free group ready to go, Aris FC manager Apostolos Mantzios has no fitness worries at all ahead of this clash.

Four Must Win Games That Will Reward You Handsomely Tonight

Liverpool's Main Problems This campaign Exposed And Their Solutions

Good News For Chelsea Ahead Of Real Madrid Clash

The Premeir League Match K24 Is Set To Air On Saturday

Barcelona Interest In Bellerin May End Up Being A Swap Deal As Arteta Wants Another Star From Barca.

Is it Lille, PSG, Monaco or Lyon ?? Who shall emerge victorious at the end

Opinion:Chelsea Trio who Have Been Greatly Impacted by Tuchel So Far