By AkalicheTheBloggerInChief. (self meida writer) | 6 days

The premier league Champions will play host to the Bundesliga giants in the Wednesday's champions league group stage opener.The hosts have the right form to enable them beat s side that has been struggling to assert themselves as European powerhouse.The hosts have scored an average 1.69 goals while the visitors have scored an average of 1.63 goals.

The hosts have won six matches out of twenty five matches between themselves,the away team has won thirteen matches with five draws to their name.The goal difference is 31-21 in favour of the away team.

The hosts will be delighted to win the title after lifting their domestic title last season.The home team has the best team well organized in all the departments.

The two European heavy weights meet on Wednesday in another mouth watering clash.The hosts have won four matches,lost two matches with two draws on the road.The goal difference is 31-27 in favour of the hosts.

The two arch rivals meet in the England's league one match.The hosts have what it takes to emerge victorious.This is because of the history records.In the last ten matches between themselves,the hosts have won a whopping eight matches.

The hosts have won five matches,lost once with two draws on the road.The hosts defence has been very strong having leaked very few goals in the championship.The goal difference is 17-11 with the hosts being ahead. 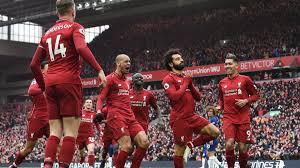