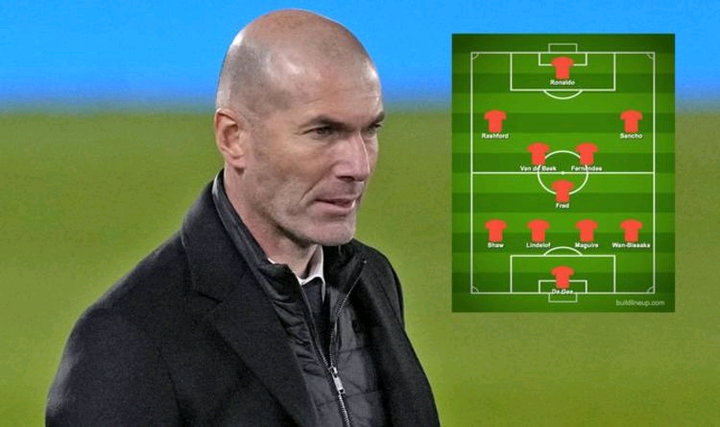 Manchester United have convened an emergency board meeting to discuss Solskjaer's future following their 4-1 defeat to Watford, according to the Daily Star.

According to journalist Fabrizio Romano, multiple bosses are pressuring Solskjaer to resign. The New York Times reports that United are attempting to sign Zinedine Zidane as a replacement. If Zidane accepts, he will have little time to prepare, as United face Villarreal in a pivotal Champions League match on Tuesday.

Solskjaer will bear the bulk of the blame for United's poor form. The players of Manchester United must also share some of the guilt. If Zidane is appointed, I anticipate him starting with his favoured 4-3-3 formation and selecting the players who are best suited to it.

The following is a possible lineup for the Red Devils versus Villareal under Zidane:

De Gea is the goalkeeper.

There is no reason to immediately dismiss David De Gea. After failing to impress during United's Europa League final defeat to Villarreal in May, the Spain international appeared to be heading for the exit in the summer.

De Gea, on the other hand, has emerged as a new player after two years of inconsistency.

Harry Maguire requires a break to clear his head and re-enter the fray rejuvenated. Maguire has been inconsistent recently, and Bailly is deserving of a chance to take his place.

The midfielders are Matic, Van de Beek, and Bruno Fernandes.

Fernandes and Van de Beek will have to take a more measured approach in a midfield three, concentrating on maintaining a decent structure when defending without the ball.

Rashford, Sancho, and Ronaldo are the forwards.

Jadon Sancho has had a slow start at Old Trafford after signing from Borussia Dortmund in the summer.

The England international, however, may develop under Zidane if he is assigned to his natural right wing.

Ronaldo has been United's shining light this season, arguably the only one, and he is deserving of starting every match in the No. 9 position.