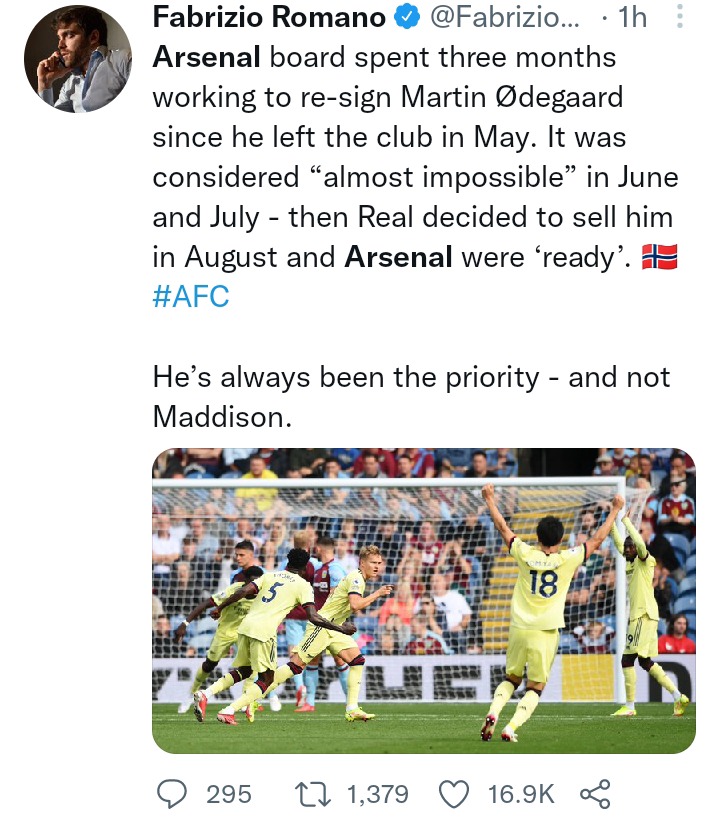 Fabrizio Romano has reaffirmed Arsenal’s stance on Odegaard especially after he scored a brilliant freekick to secure Arsenal’s second win in the English Premier League. Romano clarified that Arsenal had always prioritized Odegaard over Madison and that it would have taken more than a miracle for Arsenal’s board to reconsider their position on the player. 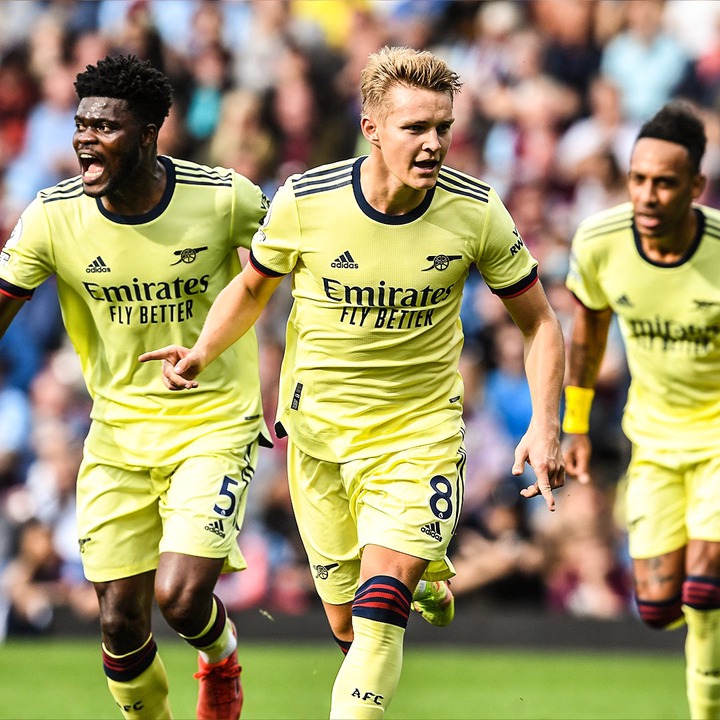 Arteta is currently building a strong and youthful Arsenal squad that will be unbreakable in the next few seasons and Odegaard is among the players who have been handed the responsibility of leading Arsenal to eventual success. But after today’s performance, more pressure will be weighed on the Norwegian’s shoulders because fans and the technical staff will be demanding more from him. Will he be up to the task?

Mikel Arteta was more than delighted by Thomas Partey’s performance against Burnley in today's hotly contested EPL fixture. Arteta said that his decision to deploy Partey at the defensive midfield position was because the Ghanian had all the qualities necessary to man the midfield territory. 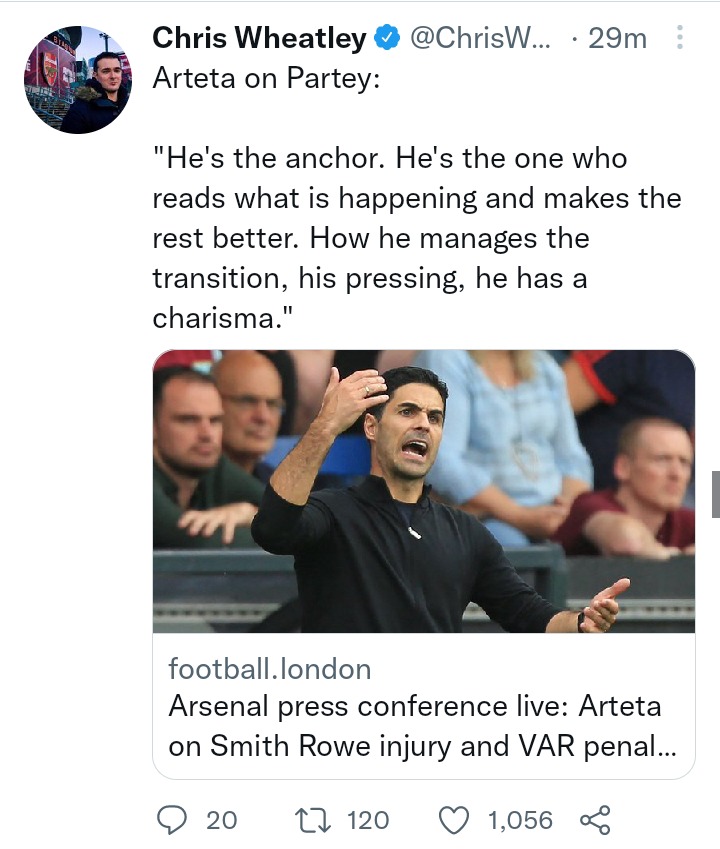 Arteta added that Partey’s presence at the midfield was thoroughly felt by the opposition. Arteta also mentioned that the decision to sub off Partey was so that he could be protected from muscle injuries or complications. Arsenal will be seeking to maintain their winning streak when they play against Spurs next weekend.

According to reports, Arsenal and Burnley supporters clashed after today's match but no serious casualties have been reported. A few heated words and blows were exchanged but nothing serious was reported by the authorities. The reason as to why the two opposing sides fought is still unknown but it is believed that Burnley fans threw plastic bottles at Arsenal fans who took to offense the gesture and retaliated in the same aggression. 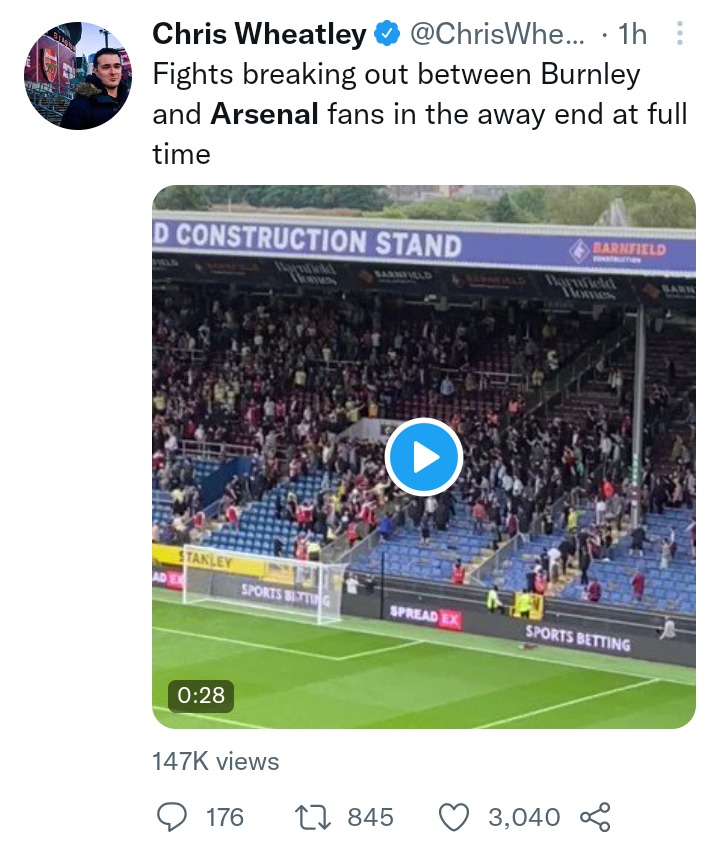