By AceQty (self media writer) | 4 months ago 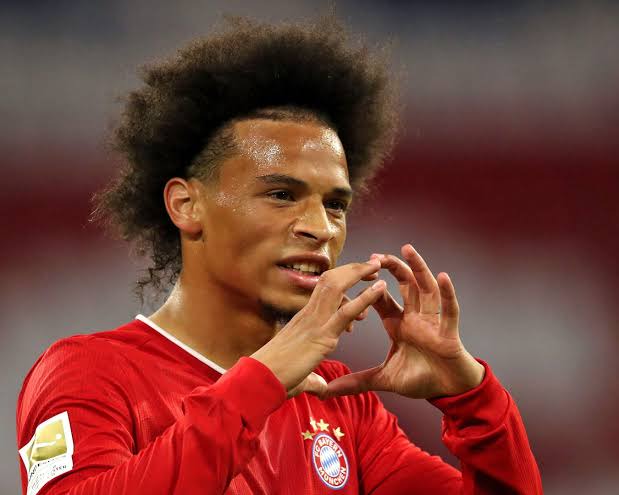 Leroy Sane is currently at Bayern Munich and rumours are going around about Chelsea wanting to sign him. Despite the transfer windows closing, managers from different clubs will not stop looking for potential targets to bring to their squad. Thomas Tuchel, chelsea manager seems to have an admiration for Leroy Sane.

According to Express, their could be a swap deal for him joining the blues as Hudson Odoi leaves the club. Despite having Romelo Lukaku joining the squad, Tuchel still admires Leroy. He joined Bayern from Manchester City and hasn't been on form like he was so maybe bringing him back to epl will make him adjust his performance.

Bayern Munich on the other hand have been interested in signing Hudson Odoi when he was still under Frank Lampard. But for this deal to go through, one player from chelsea will have to leave and the only potential target is non other than Odoi. On the other hand, he hasn't been happy at chelsea since he feels like he's not been given enough play time.

Christian Pulisic is another player who can make the deal go through as we've seen him pick up injuries and failed to start for the blues in many occasions. He was brought in by Lampard from BVB where he once played under Tuchel. The captain America plays in the same position where Hudson Odoi is positioned.

Hakim Ziyech is another potential target for the swap deal as he hasn't been so much on form under Tuchel like he was at Ajax. According to Express, Ziyech can fit perfectly in Julians squad.

On another gossip, Manchester United are intrested in signing Marcelo Brozovic. They are looking for defensive midfielder and he could be their perfect target. Manchester signed Cristiano Ronaldo who reclaimed his number 7 shirt and has since then brought fortune to the club. His shirts have been sold and are on high demand unlike any other. Apart from signing him, they brought in Jadon Sancho and Verrane and are currently holding the strongest squad atleast according to some fans.

Manchester are also intrested in signing Declan Rice who was strongly linked with joining Chelsea last summer. Well all these are just but a few of the talks going round. Could Leroy Sane boost Chelsea attack when signed?

How Chelsea Could Lineup Against Brighton On Tuesday

5 Matches That Would Possibly Bank You Heavily This Tuesday.