By J.w.xhakepears (self meida writer) | 20 days

Every victory in whatever you do always come with joy and celebrations for the achievement. What if your hard-earned achievement is ROBBED from you in bright daylight?. How confusing and horror full is that? Meet Kamar Etyang, a 19year old athlete from Turkana who was robbed his victory by Athlete's governing body Athletic Kenya (AK) After participating in the just concluded Tokyo Olympics trials that have been ongoing at Kasarani stadium, Kamar Etyang was confident of representing the country in the forthcoming Tokyo Olympics after emerging number 02 in the 1500metre race. Little did he know the frustrations, the shock and havoc the victory will bring his way. Mr Etyang's name was deliberately removed from the merit list by suspected AK officials who had no concrete reasons as to why. 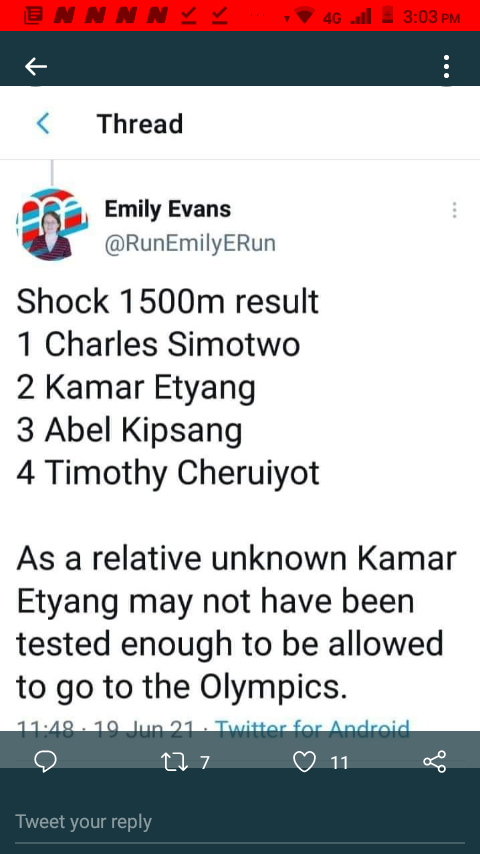 Going to his social media handles, Etyang expressed his anguish talking about how hard it had been for him to reach the stage considering his humble background. His appeal was simple, he wanted his name to be on the list. Many Twitter users sympathesed with Kamar's situation blaming the AK for the evil act. Celebrated media personality Carol Radul personally conducted the AK comment on Etyang's situation but the answer from the governing body was not fulfilling. The AK claimed that Etyang had initially failed to take the doping the test which is mandatory for any athletic. This answer was was unfulfilling as all tests are always taken before the trial. 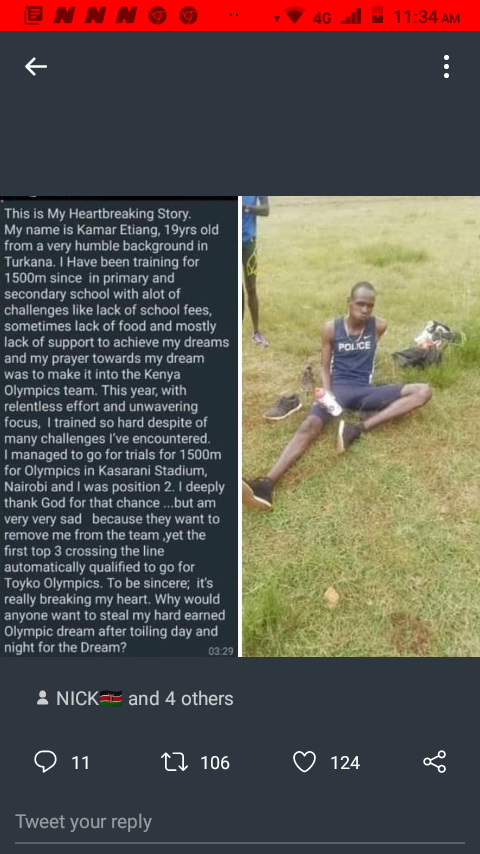 However, National Olympic Committee Kenya(NOCK) has released a statement about Etyang's case and has committed to follow up the matter on what transpired. 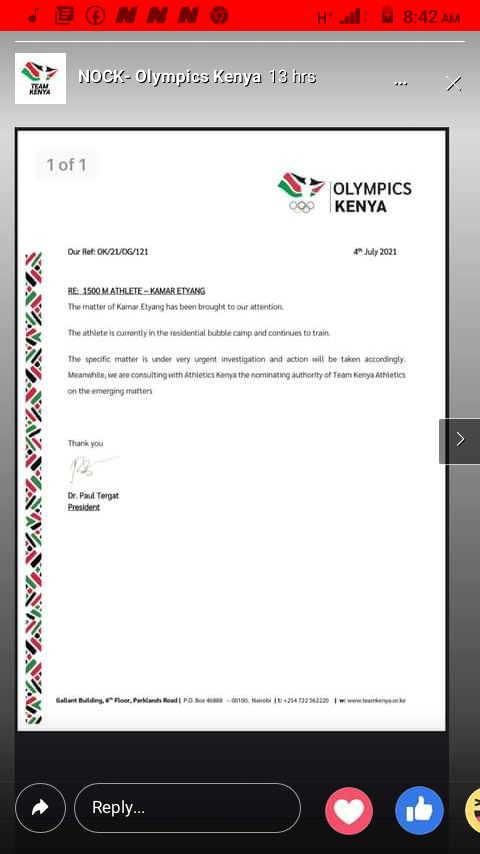 Content created and supplied by: J.w.xhakepears (via Opera News )

John Ongweno Was An Elite Here Is His KCSE Grade