Most Expensive Coaches In the World

Coaches are the tactical minds behind the performance of any club in the world.These are the Most Expensive coaches in the football world. 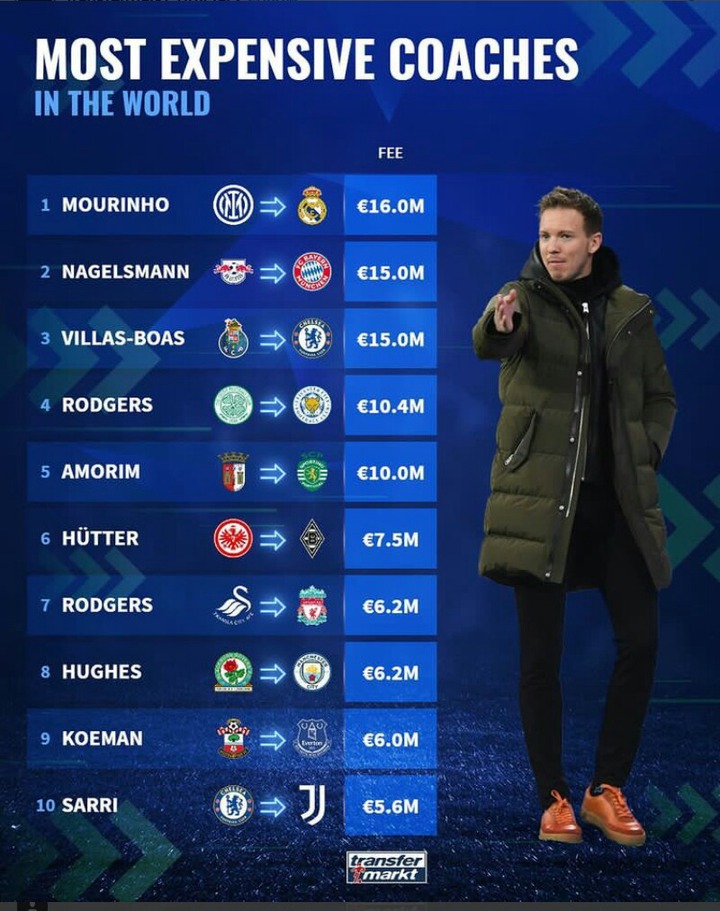 Jose Mourinho who has not been lucky with teams he has coached in the recent past is the most expensive with a record move from Milan to Real Madrid that coated a fee of up to16 million Euros.

Rb Leipzig coach has joined the top list after agreeing on a move to Bayern Munich next season which will cost up to fifteen million Euros similar to Andre Villas move to Chelsea that coated the same amount.

Brendan Rodger Move from Celtic to Leicester is the fourth Expensive which coated up to 10.4 million Euros.Ruben Amorim is the fifth most expensive after a move to Sporting Lisbon at a fee of ten million Euros.

Ronald Koeman left Southampton to Everton at a fee of Six million Euros.Mouricio Sarri move from Chelsea to Juventus is the tent most expensive with a fee of 5.6 million Euros.