Manchester United game vs Leicester was so tough and competitive as both teams had strong Lineups and played a good game.The first half ended 1-1 after Mason Greenwood and Youri Tielemans scored.Caglar scored another goal for Leicester City making it 2-1. Subtitute Marcus Rashford responded with a clear finish making it 2-2 but Jamie Vardy scored in the 83rd minute ending the game 4-2. 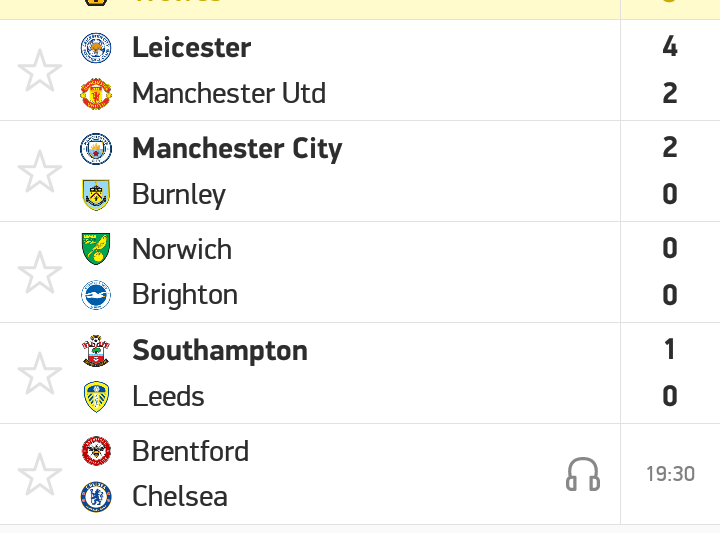 On the other side Manchester City continued their remarkable form after defeating Burnley 2-0 with goals from Bernado Silva and Kevin De Bruyne.City are second in the table with 17 points in 8 games while Manchester United down to fifth position.Down here is how the current premier league looks after the big changes today. 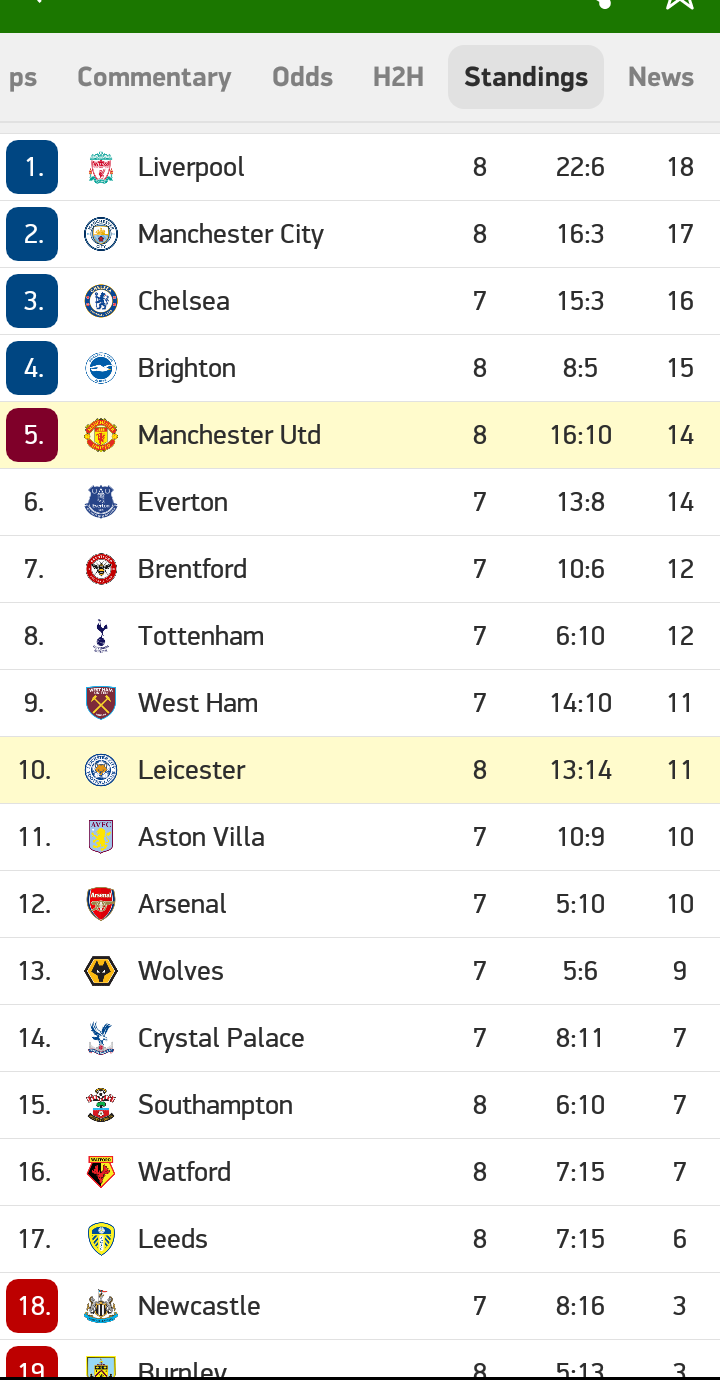 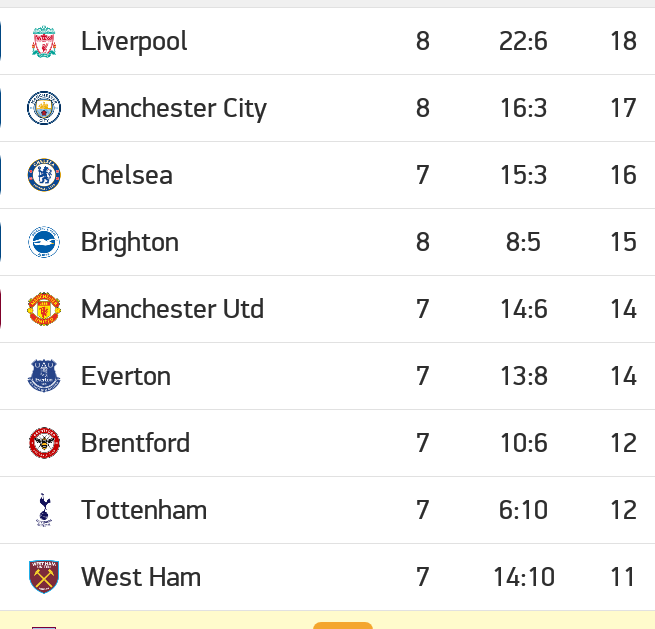