"He is So Quick and Skilled, Never Bench Him Again," Fans Praise Player After a Perfect Performance

Arsenal hosted Aston Villa at the Emirates Stadium yesterday late in the night for their match week 9 game.Arsenal Coach Mikel Arteta featured all the star Players in starting lineup including; Pierre Emerick Aubameyang, Alexander Lacazette, Takehiro Tomiyasu, Been White, Bukayo Saka, Aaron Ramsdale, Sambi Lokonga and Thomas Partey.They started the game well and took an early lead in the first half after Thomas partey scored a stunning goal in the 23rd minute. 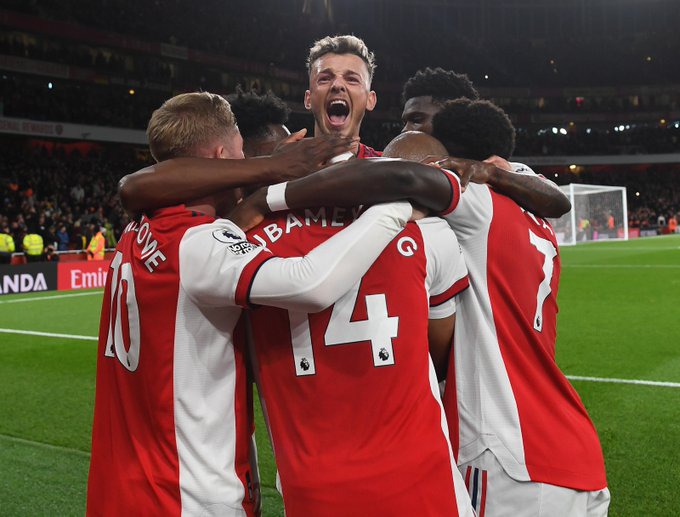 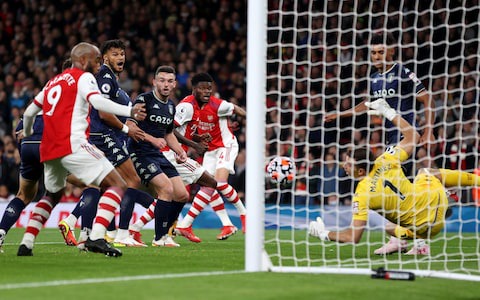 Aubameyang doubled the lead in the 45th minute ending halftime 2-0.Emile Smith Rowe continued Arsenal's attacking threat in the second half after he netted the third goal in the 56th minute making it 3-0.Aston Villa got only one goal in the game after mildfielder Ramsey netted in the 82nd minute ending the game 3-1. 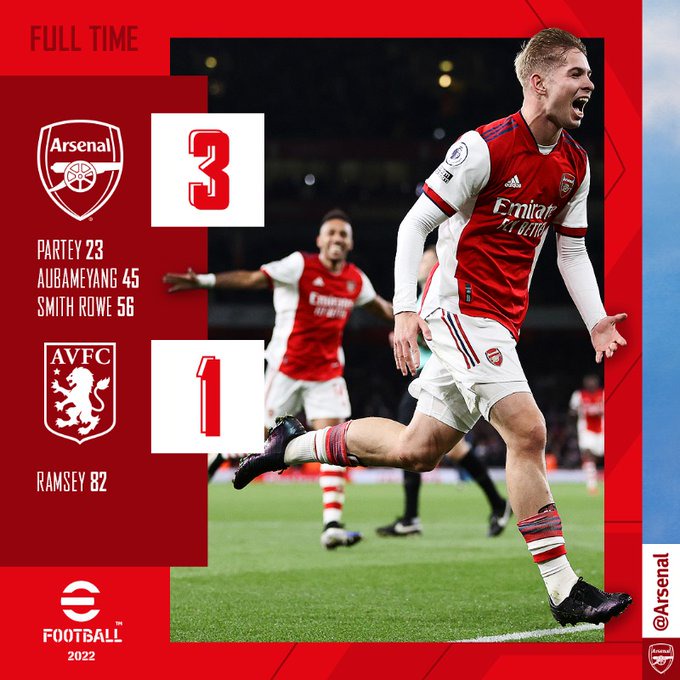 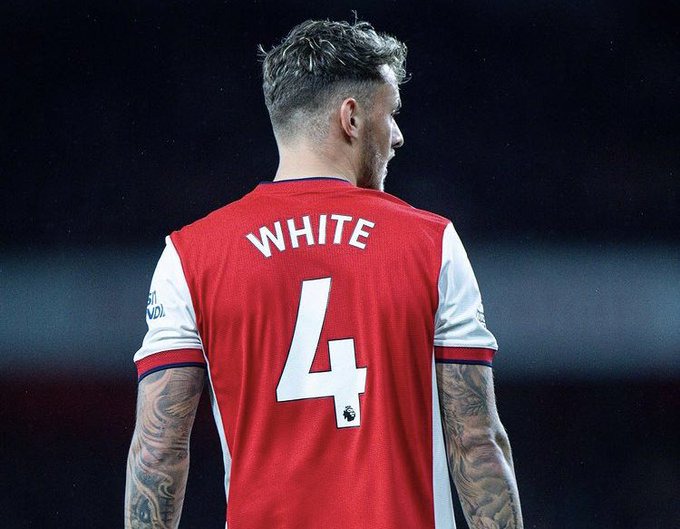 Arsenal new Signing of the season defender Been White was the star of the match after he produced a stunning performance.White was so quick in the game and used his skills to ensure that Arsenal defence is strong.Many of the fans went ahead to praise him on social media after the game and said that he should never benched again because he proved his worth.He made more than Six interceptions and tackles in the game and had a perfect passing accuracy.Down here are some of the comments from the fans. 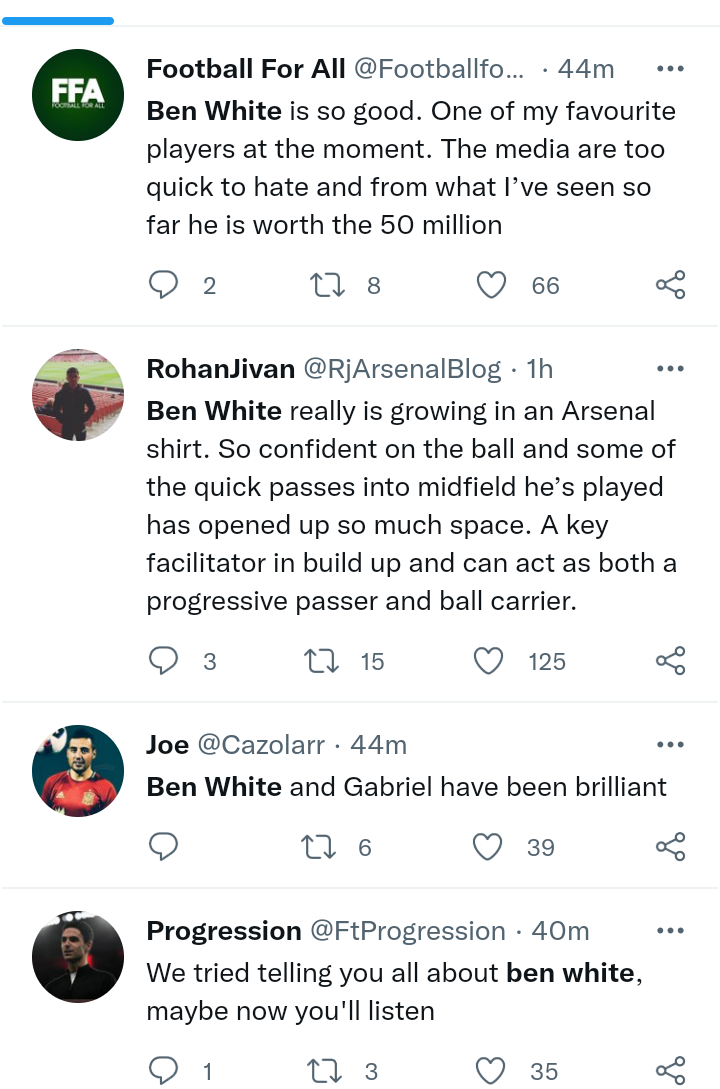 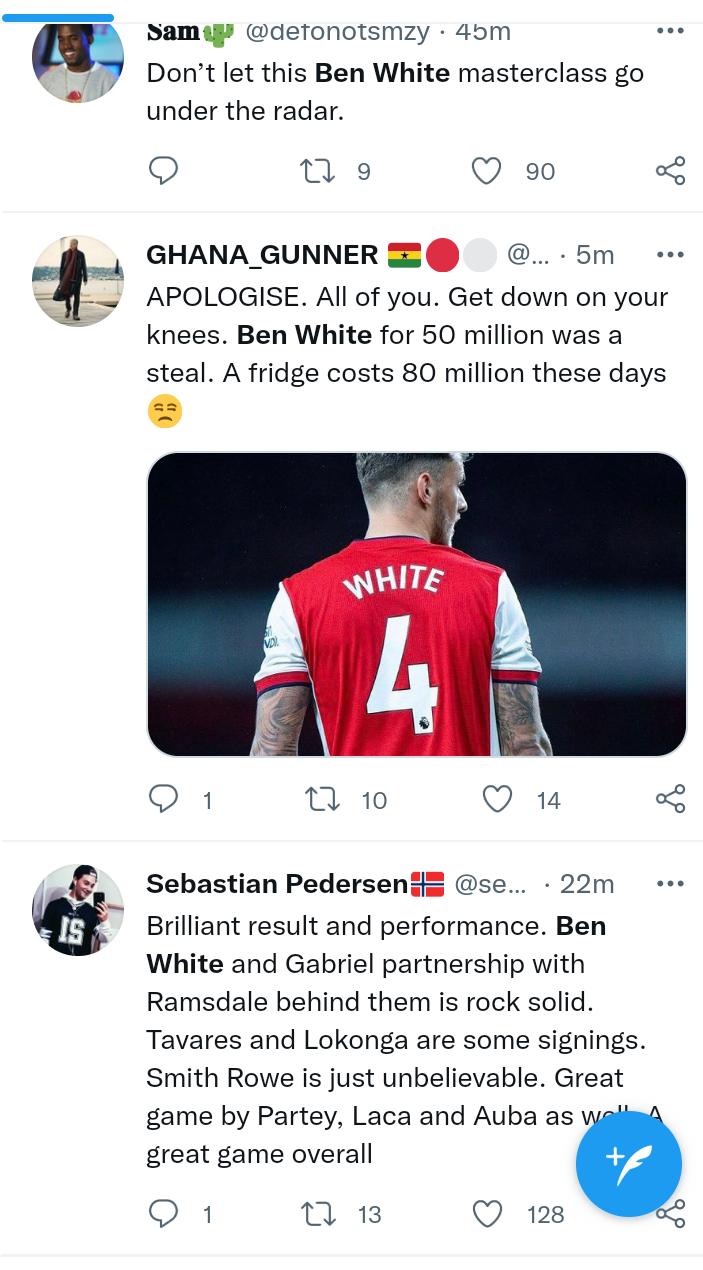 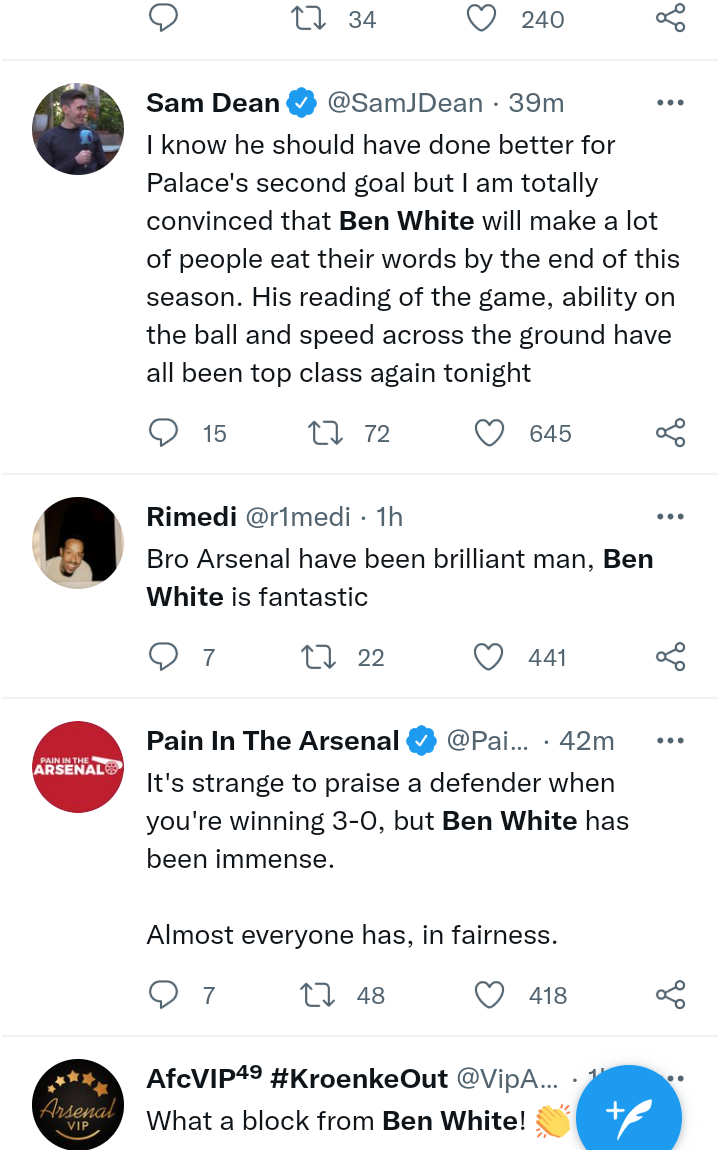