Manchester United's defender, Raphael Varane got substituted yesterday in UEFA Nations League final. The player was taken out after suffering an injury. This caused a stir among Manchester United fans online with the red devils currently missing the services of their skipper Harry Maguire.

Maguire is also out with an injury and losing Varane to an injury will also be a big blow to the red devils. Raphael Varane has impressed with the national team. His pace and ability to block strikers adds to his amazing qualities. 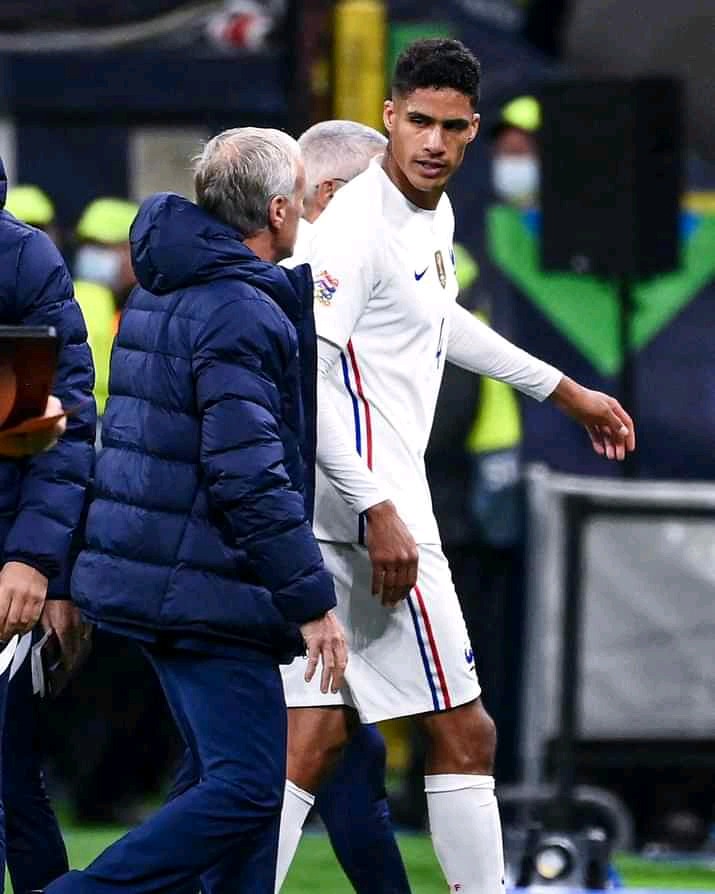 After winning the Nations League final with France, Raphael Varane's record in European final continues. The player has not lost a single European final. This ranges from worldcup, club worldcup, European supercup and UEFA champions league.

This record by the Manchester United's defender places him among world's best center backs. Together with Presnel Kimpempe they have solidified Leu Bleus backline. The two are expected to feature in next year's worldcup tournaments held in Qatar.