Latest news being reported is that a top European Coach has stopped down as the National team Head Coach after his team was knocked out of the FIFA World Cup. Various teams are scrambling to enter into the round of 16 as some teams have already booked their place in the next round. Belgium which is highly ranked in the FIFA standings was knocked out of the World Cup after drawing to Croatia in a much Belgium players wasted numerous chances.The Belgium players dubbed "golden generation" due to high profile players it had in its squad have shocked Football fans after failing to qualify to the round of 16. 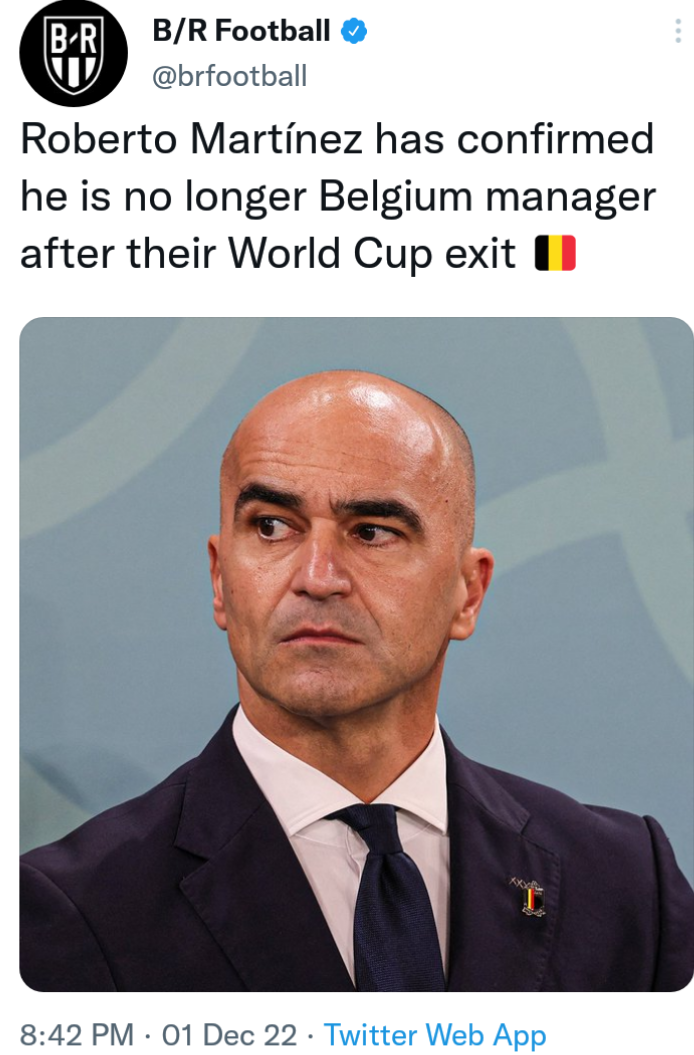 Reports have indicated that Belgium Head Coach, Roberto Martinez has resigned from his role after his team prematurely left the World Cup yet they have World class players within their ranks. Some of the key players who Football fans believed would help Belgium win a major trophy before finally retiring are Man-City's Kevin De Bruyne, Inter-Millan's Romelu Lukaku, Real Madrid's Thibaut Courtois and Eden Hazard.

Morocco topped group F followed by Croatia which has also qualified for the round of 16 of World Cup making Belgium and Canada to exit the competition. Roberto Martinez will be a disappointed man after failing to help Belgium squad believed by Football pundits to be having the best squad in their history win any major trophy. The "Golden generation" will have aged by the next World cup competition.