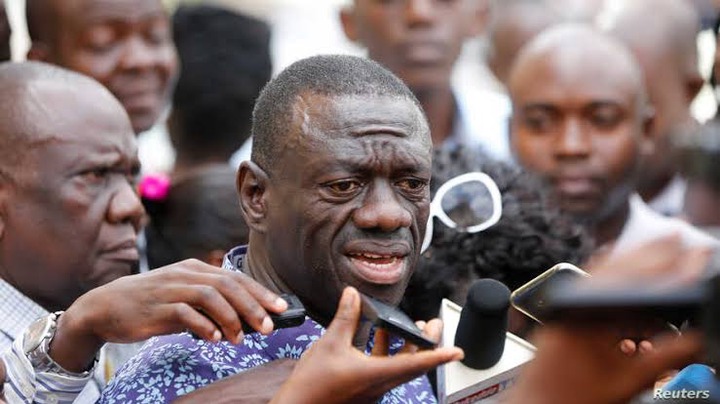 One of Ugandan opposition leader Kifefe Kizaa Besigye has finally came out to speak about Ugandan President Yoweri Museveni promises to Ugandan Athletes who were just from the 2020 Tokyo Olympic.

Uganda came out as the second nation in Africa, just a place behind Kenya who were ranked first according to continents performance. During the Olympics, Uganda bagged 2 gold medals making one of the greatest achievements in athletic Word history.

Besigye has critised these statements saying that Museveni governance is led by carpricous orders which are the ones responsible for the mess in Ugandan nation.

Besigye said that that's the reason why some promisescare ignored and that's why Museveni was removing the shame by giving another empty promises.

Besigye also stated that the only solution is elaborate polices and sustainable investment in sports, development, including rewards for sportsmen and sports women.

"Governance by capricious orders is responsible for the mess our country is in. No wonder, many are ignored/ not implemented. Now wiping shame from face!What’s needed are elaborate policies & sustained investment in sports development, including rewards for sportsmen & women",a statement from Besigye tweet reads. 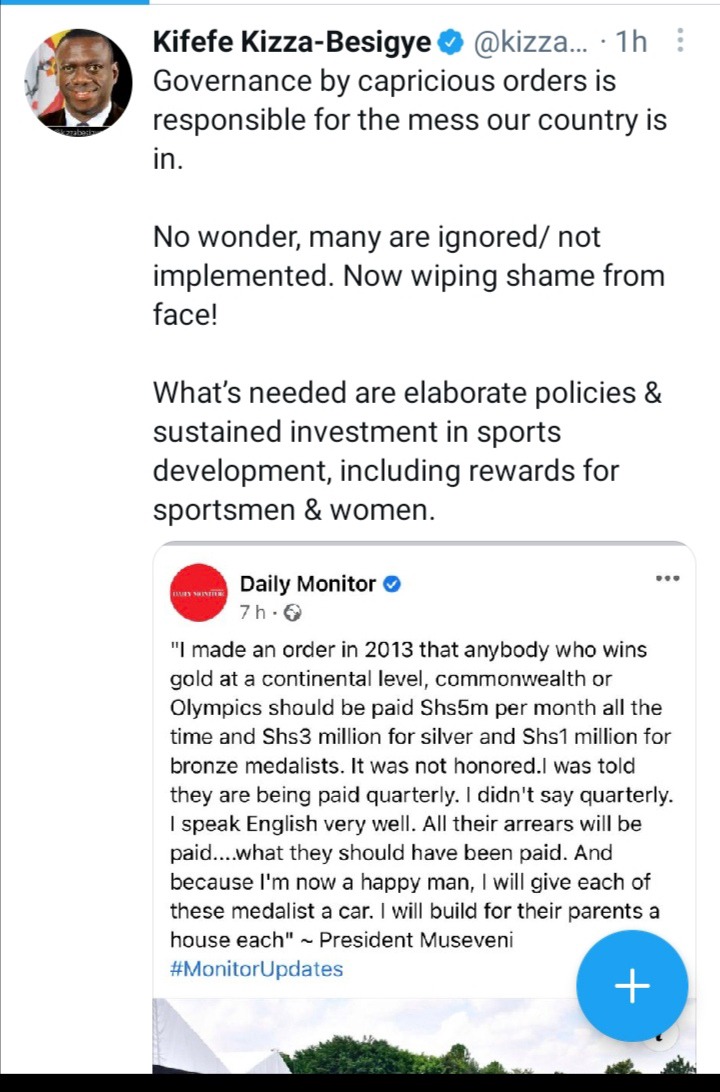