By Bushkid (self meida writer) | 8 days

Cristiano and Messi are the most followed players in football this days. These two players have been the top rivals since their tender age. They tend to be equal in everything, but what always differentiate them is the trophies and awards they win.

In terms of trophies, Cristiano comes on top as he have won three league trophies with three different clubs. That is Man u, Real Madrid and 'Juventus'. Whereas 'Messi' have won only LA liga with Barcelona.

When it comes to players with the most goals in a calendar,' Messi' tops as Cristiano ranked at position seven.

'Messi' have scored 91 goals in a calendar back in 2012 while at Barcelona. This is the record that 'Messi' have made that is really difficult to break. 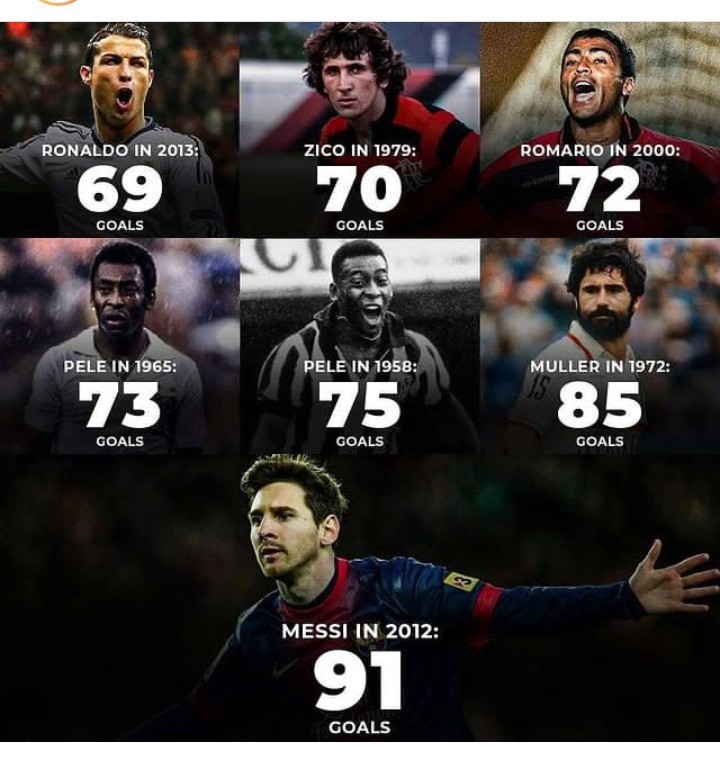 Arsenal to Strike a Deal With Real Madrid Over Playmaker

Possible Arsenal Signing Ahead Of Next Season

Report : Chelsea are Hoping to Secure The Signing of Two Borussia Dortmund Stars