By LasciaSPORTSNEWS (self meida writer) | 29 days

Man United manager Ole Gunnar Solskjaer has done a great job at the club since taking over from Jose Mourinho. The club is currently the second place on the table with one game to go. With few weeks remaining before the transfer window officially opens, the red devils are keeping tabs on a number of big name players including Athletico Madrid attacker Joao Felix.

The Portuguese has helped Athletico Madrid to lift the La Liga title for the first time since 2014. It's believed that his Portuguese teammate Bruno Fernandes is trying to convince him to join Man United. 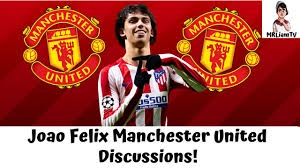 Man United are looking for a winger and they want to do their transfer business as early as possible to avoid late hour rush. Last summer they missed all four transfer targets they had planned ,Man United board is trying to finalize on their budget and soon it will be release.

Joao , only 22 has already wrote history in Portuguese league and La Liga. Reports also indicate that the two clubs will be discussing and their is possibilities of exchange of players being included on the deal. It will be a good buy for Man United if the two clubs reach agreement. 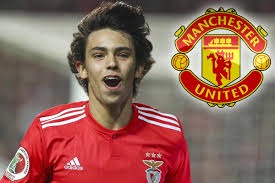