By SuperSportsDen (self media writer) | 9 months ago

A 2-1 defeat at the Emirates saw Leeds United drop into the Premier League relegation zone at the weekend and now, with just three games remaining, it is imperative they bounce back from their successive defeats.

However, barring a brief month where they started firing again, bouncing back has not been the Whites’ forte this season. They have lost 17 times in the Premier League and only Norwich have a worse defensive record than them, although they have managed to score in six of their last seven and should be able to test Chelsea’s resolve at the back.

Chelsea are in a bit of a rut themselves, too. Their collapse against Wolves on Saturday made it three games without a win for Thomas Tuchel’s side and with the FA Cup Final looming they will be eager to get back to winning ways and give themselves a much-needed morale boost.

That being said, we can expect to see some changes from Tuchel as he keeps one eye on that crucial trip to Wembley and that could give Leeds a way into the game.

Whatever the lineups, we can still expect to see plenty of attacking action. Leeds have averaged 3.23 goals per game this season and six of their last eight have featured at least three goals, while Chelsea’s previously impenetrable defence have now shipped eight goals in their last five games. Backing over 2.5 goals looks a solid play here.

I do expect Chelsea to emerge victorious, even with potential rotation considered. Leeds have lost all 11 league meetings with the current top six this season by an aggregate scoreline of 44-8 and Chelsea have won eight of their last ten away games, so a repeat of Leeds’ 2-1 defeat at the weekend is my correct score prediction.

Both Teams To Score. 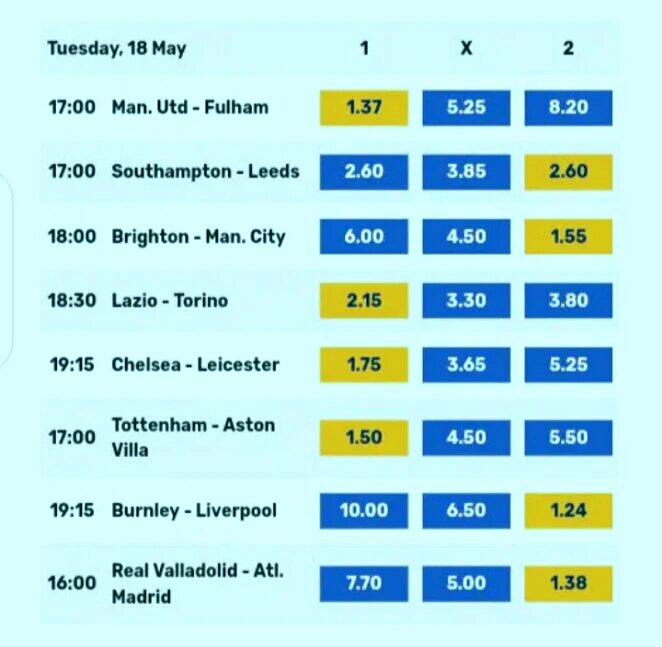