By mosesalema (self media writer) | 2 months ago

Chelsea legend, Didier Drogba caused chaos on Twitter after he thanked"agent willian” on Twitter for successfully completing his mission at arsenal.This is after the Brazilian brought an end to his long,dry and disastrous spell at the north London club this week.willian still had two years left on his €240000.00 per week contract but will leave arsenal and join Brazilian side Corinthians by mutual agreement.

William agreed to take a 70% salary cut to join Corinthians and this will save arsenal a whooping €20.00m.Willian apologized to arsenal fans through his Instagram account for not delivering as expected and described it as unfortunate after scoring only one goal and four assists in 38 appearances. 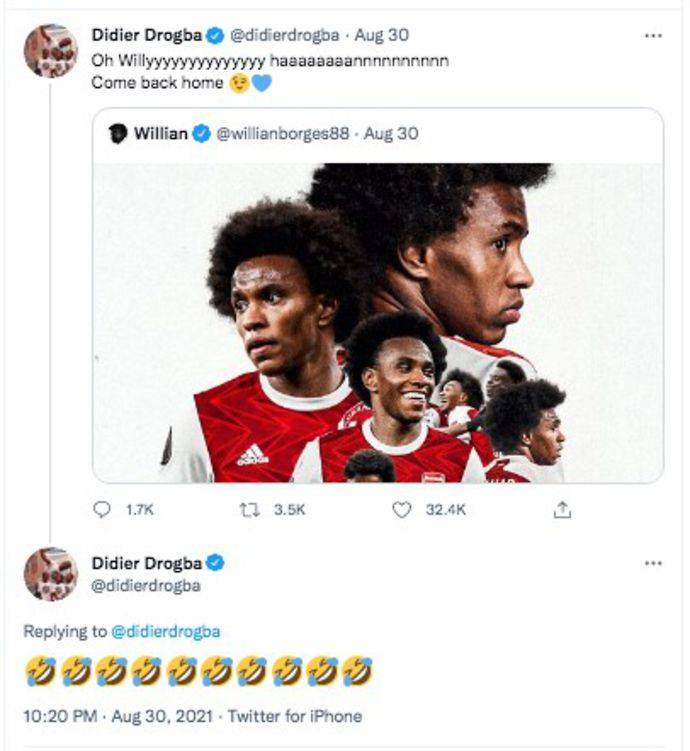 After the announcement of the news about Willian living Didier Drogba ran rout on Twitter posting a series of replies to his former teammate's tweet "oh willyyyyyyyyyyyyyyyy hannnnnnnn,”come back home Drogba tweeted with a winking and blue heart emoji.He then tweeted a series of laughing emojis.

The ivorian legend who was always a nightmare for arsenal when they faced Chelsea, tweeted an image of Willian with all the trophies he won at Chelsea and captioned "I will always hope that cfc players who gave us joy come back to play or work for Chelsea but my previous tweet was a banter between us.'obrigado e boa sorte ao #corinthians.Thank you Willian your missing is over just [email protected] luiz_4 @peter cech @willianborghess88’. 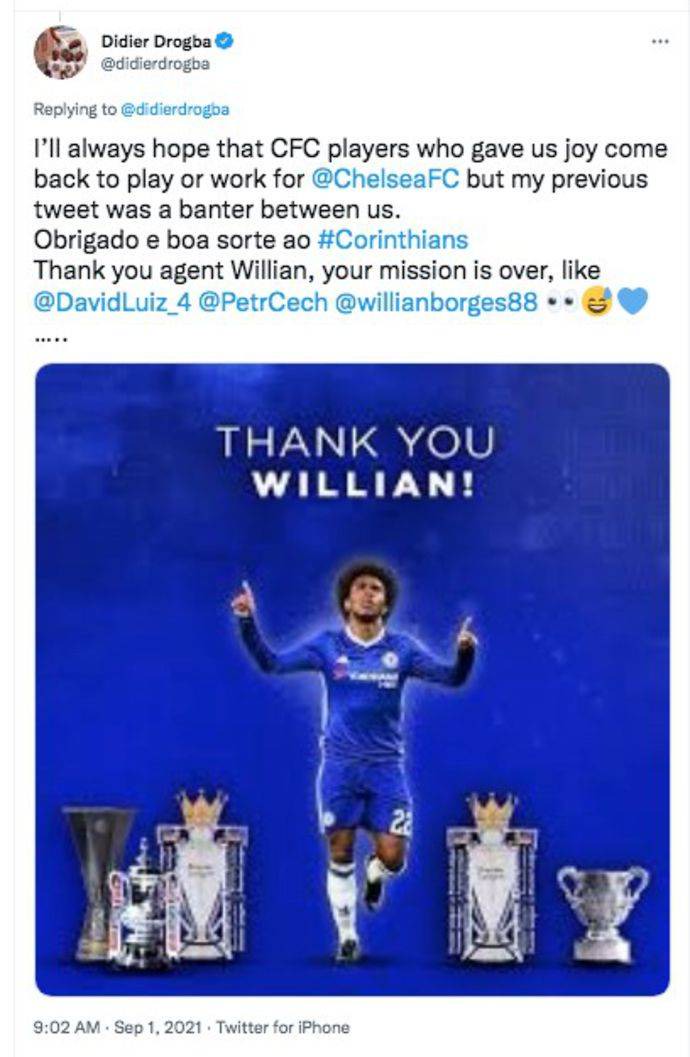 David Luiz and Peter cech who also moved from Chelsea to arsenal in the later years of their careers were thanked by Drogba for destroying arsenal successfully.

That was too harsh for arsenal who currently sit at the bottom of the premier league table after three matches following their worst start to a league season.football fans reacted showing their pity for arsenal.

Was Willian surely a secret agent or is this just a troll between two of the most rival clubs.Who will be the next agent to be sent on a mission,Timo Werner? Leave your thoughts in the comments. 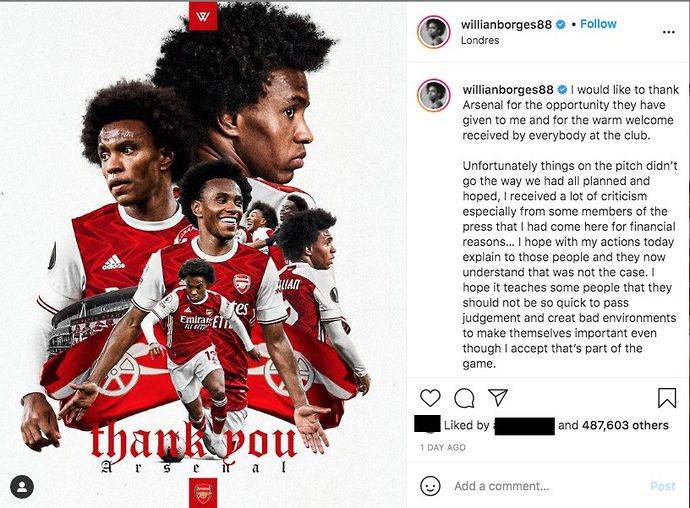