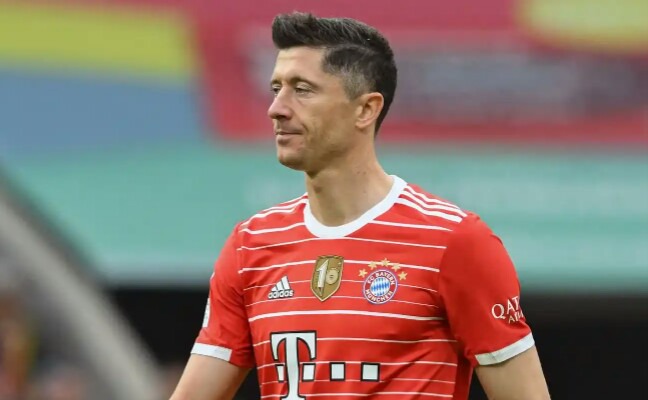 Chelsea are set to join the race to sign Robert Lewandoski despite the Bayern Munich forward fancying a move to Barcelona in the summer. The 33-year-old Poland international's future is hanging in the air after he made clear his unwillingness to prolong his stay at Bayern beyond the summer.

In a report by The Guardian, the Stamford Bridge outfits are monitoring his transfer situation with the Spanish giants. Lewandoski has long wished to play in the La Liga and sources had initially claimed the striker had reached a 3-year verbal deal with Barca. Bayern Munich, however, insist he is not for sale and intend to keep his until his contract expires. This increases the prospect of the forward leaving on a free transfer. His current contract with the Bundesliga champions expires in 2023.

Should negotiations between the two clubs become unsuccessful, he could be forced to consider the Premier League. Thomas Tuchel has been a huge admirer of the Polish star and has been hoping the club would make a move.

Elsewhere, Chelsea's pursuit of Barcelona forward Ousmane Dembele has suffered a major setback after Bayern Munich entered the race to sign him.

According to Sky Sports, the 25-year-old Frenchman's contract with the Nou Camp outfits expires next month and he is currently free to speak to foreign clubs.