By Chindelu (self meida writer) | 1 months 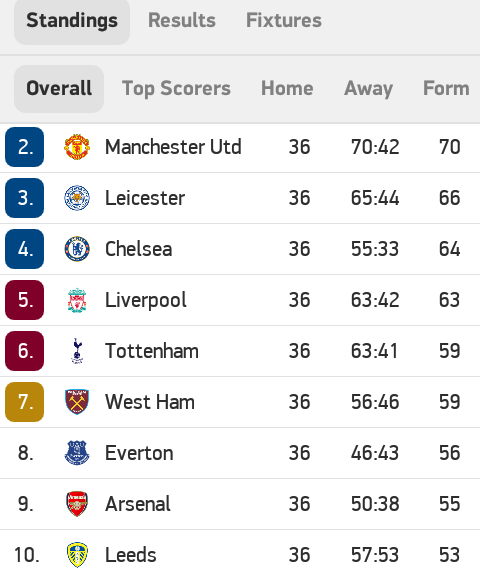 The remaining top positions are yet to be determined because of the small gaps between them.

Manchester United need to win only one game to remain number two. On the other hand, Leicester is currently number 3 with 66 points and they need to win the remaining two matches to secure top 3. But these two matches are so difficult for them since they are against big teams. They will be visiting Chelsea today and on 23rd they will welcome Tottenham. 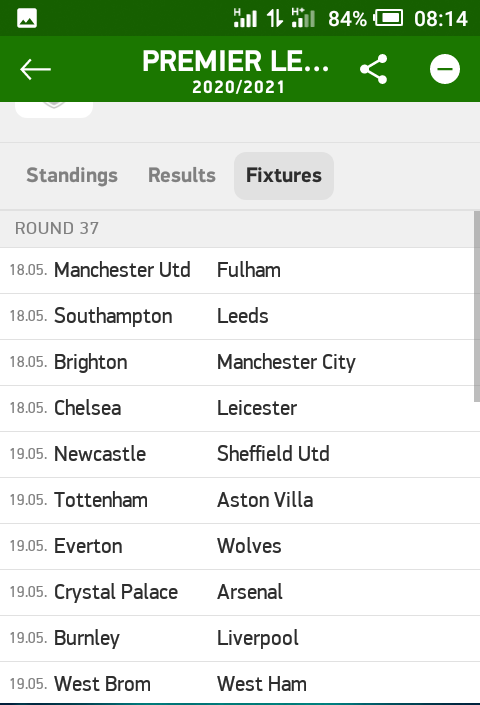 Chelsea are at number 4 with 64 points looking to win the two matches inorder to take number 3. They are only 2 points behind Leicester, therefore Incase they beat Leicester, they will take number 3 politely. Their last match will be against Aston Villa which is a hard game for them. They need to play smart to win against villa since the results will determine their top 4 whereabouts.

Liverpool are one point behind Chelsea, meaning Incase Chelsea fail to win, they will exchange positions with Liverpool, that is if Liverpool wins against Burnley tomorrow. They will play their last fixture against Crystal Palace, if they win all the two matches, they may end up securing top 4 hoping that leicester lose or draw all the two matches. 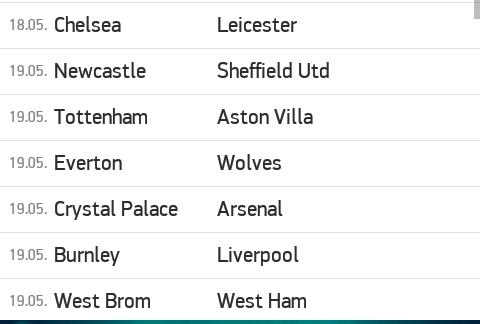 The above teams need to win the remaining two matches inorder to secure the next season European leagues.