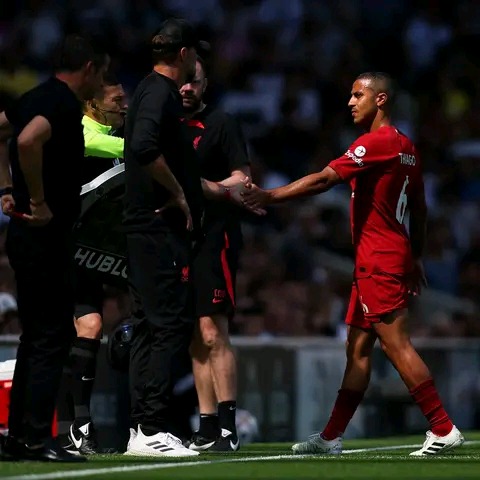 In his midfield, Klopp named his usual suspects of Fabinho, Henderson and Thiago Alcantara.Klopp was forced to dropped Curtis Jones and Alex Chamberlain after suffering an injury during Liverpool preseason training.

The only other options Klopp had in his bench during Liverpool game against Fulham were Elliott and James Milner. As the Liverpool were still trialling Fulham in the 51 minute, Liverpool midfielder, Thiago Alcantara suffered and injury which was later confirmed as a hamstring.

With Alcantara out for close to six weeks, Klopp could use this opportunity to introduce the midfielder into his team and be able to plan with him for future.

With the current Liverpool midfielders having an average age of 33 years,which is an age which is always accompanied by a lot of injuries.

Having renewed his contract with the club, Klopp now have to plan for the future and it has been rumoured that Liverpool will make a big money move for Borussia Dortmund midfielder Jude Bellingham next summer to bolster their midfield for the future. 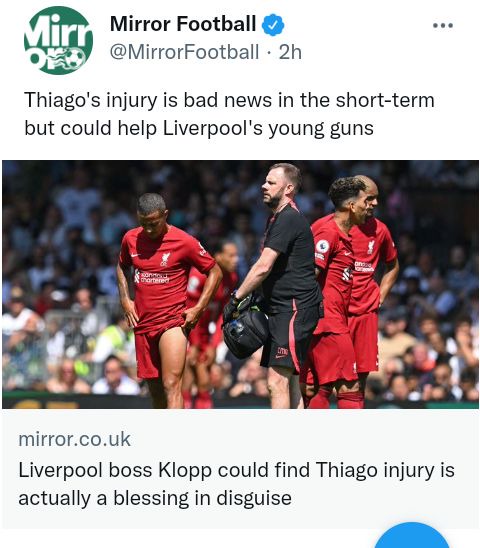