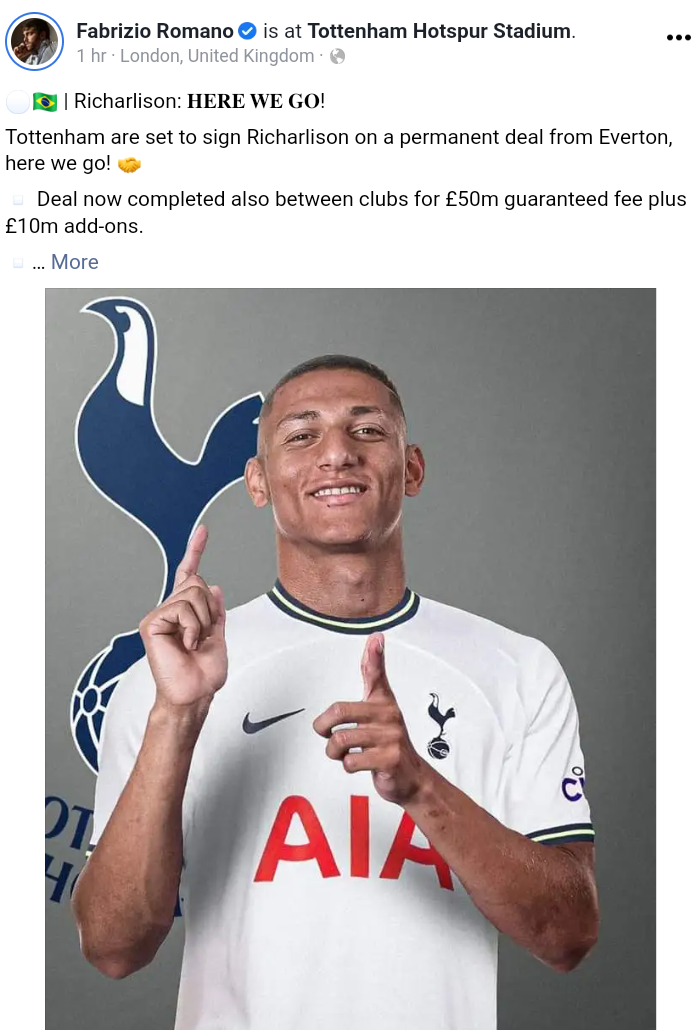 The Brazilian international and Everton player Richarlison is set to sign a contract with Tottenham Hotspur on a permanent deal from Everton.The deal is said to be through now between the two clubs for £50m guaranteed plus £10m add-ons.However this will be Spurs third summer signing under Antonio Conte.After qualifying for the Uefa Champions league,Conte is eager to strengthen his squad to his ease his teams performance. 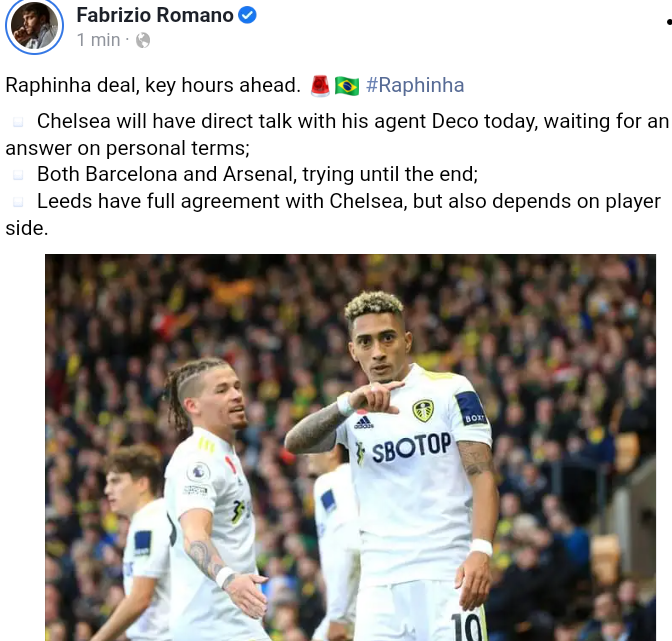 Moreover the blues ie.Chelsea are set to have direct talks with Deco Raphinhas agent over his move to Chelsea with personal terms still ongoing.Arsenal and FC Barcelona had shown interest for the player thus they are still trying until the last minute.Leeds United however have full agreement with the blues. 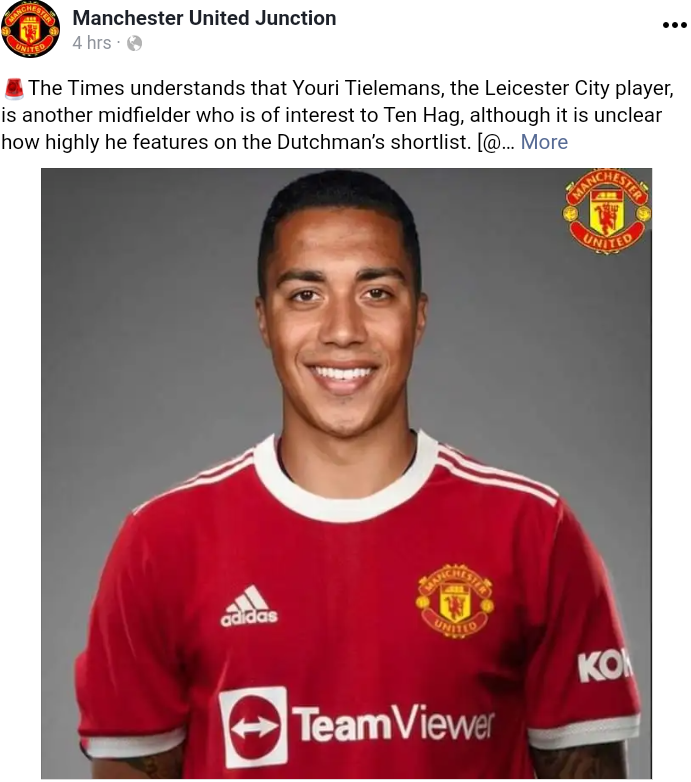 According to the Times,the Belgium duo and Leicester City Youri Tielemans is another player who is interested by the red devils manager Erick ten Hag.However it is not clear on how deeply the star features on the shortlist of the former Ajax manager. 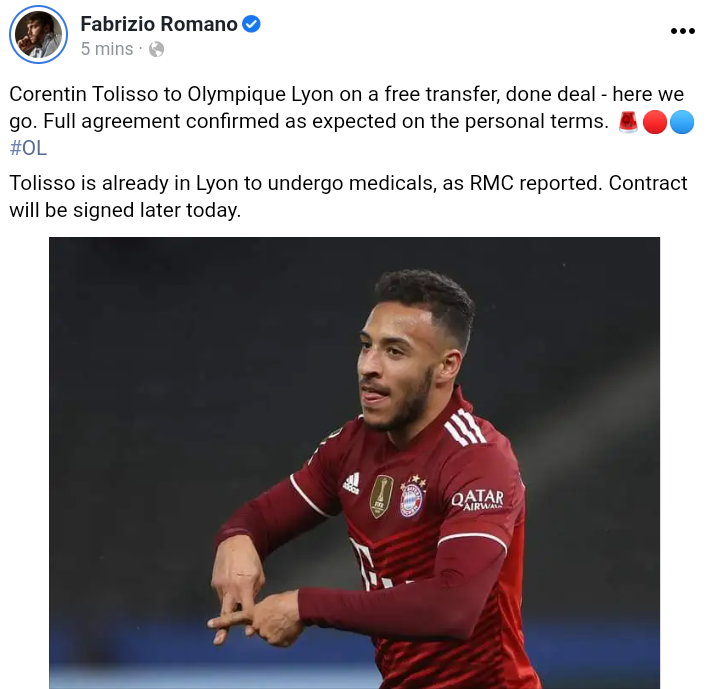 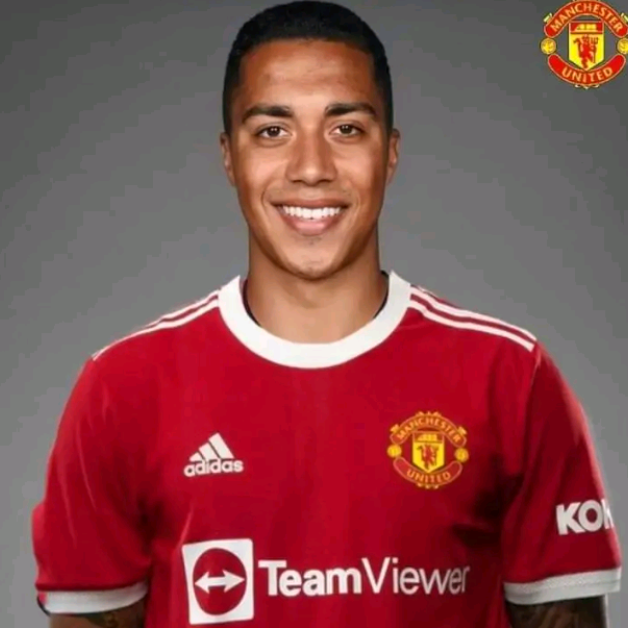