By Annnjeri (self meida writer) | 9 days

Arsenal face a mountain of a task in overturning the one goal deficit they suffered against Villareal in the first leg of the europa league competition when the Yellow submarines visit the Emirates stadium on Thursday.

The gunners only hopes of making it to the champions league next season hinges on their success in the europa league and the game against the Unai Emery coached side is a must win for them.

The Emirates based side had hoped to welcome back Alexander Lacazette,Kieran Tierney and Pierre Emerick Aubameyang for Sunday's clash against Newcastle but only the later passed his match fitness and even scored a goal for Arsenal. 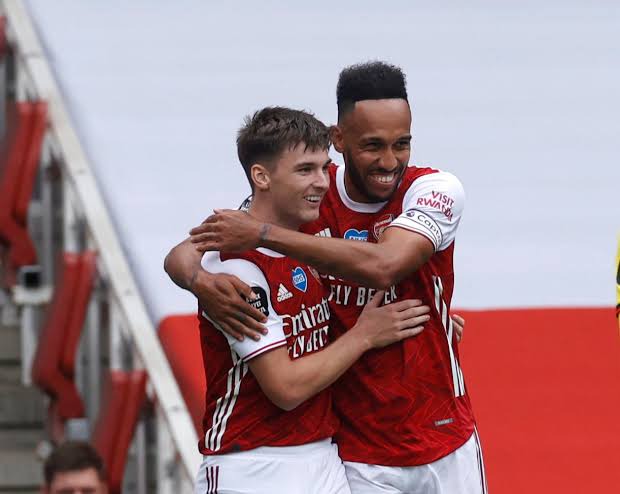 The Mikel Arteta led side could again be without Lacazette and Tierney for the return leg of the semi finals with their manager indicating the two face a race against time to be fit for this clash.

This would be a big blow with Tierney likely to be the biggest miss as his attacking and defensive play for the side has been instrumental down the left side when he has been fit.

The gunners have also been rocked with a possibility of David Luiz missing out having been substituted against the Magpies as he clung to his hamstring and was replaced by Calum Chambers.

A win will guarantee them a place in the finals set to be held in Gdnask Poland where they could face either of Manchester United or italian side AS Roma with the former holding a healthy four goal advantage over their opponents.

Matches To Bank On And Win Ksh 4k Tonight