Arsenal sit top of the EPL table after nine games. The last time this happened was back in 2013/14 season, when they won against Crystal Palace in a 2-0 away thriller match in which Arteta scored and got a red card. 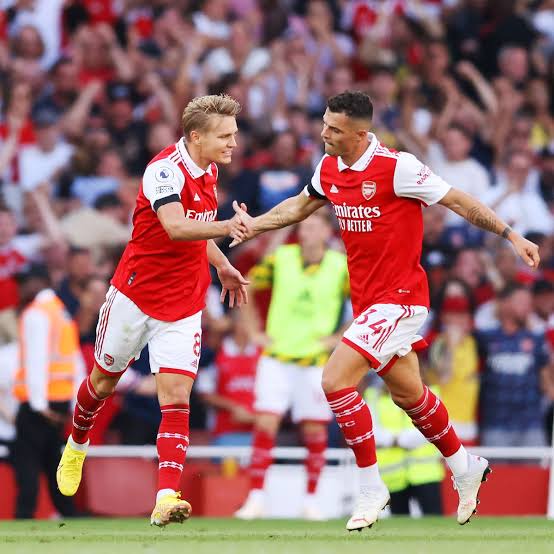 Arsenal's discipline this season has been far superior to Leeds. Statistics show that Leeds have committed 120 fouls which makes them to be the second undisciplined team in the premier league after Newcastle who have 137 fouls on their name.

Leeds, who turned to be the only team in English premier league history to be given one hundred yellow cards in a season, last season, have now gotten 48 cards, barring the coaches own red card against Brentford last month.

The Whites are also commiting fouls regularly. Statistically they commit an average of 15 fouls per match.

Gabriel Martinelli's last week's goal against Liverpool, which was came at 58 seconds, is the Arsenal's fastest goal in the premier league since Theo Walcott scored against QPR 2013 season, where he scored after 21 seconds. This shows the ability and sharpness Arsenal has infront of the goal posts.

Leeds have also become poor in goal making while Arsenal's shots on target per match keep on increasing. They have increased their shot on target average per game to 7.33 from 6.22 shots in their last three matches.

Archie Gray, Leo Hjelde, Adam Forshaw and Stuart Dallas will be out for Leeds. Luis Sinisterra and Junior Firpo will be available to strengthen the Whites.

Arsenal are struggling with Gabriel Jesus who is still a doubt for the match due to an injury he picked during the win against Liverpool. Zinchenko will still be out also because of an injury.

Tomiyasu will be available to give Arteta options of either playing him or Tierney. Tomiyasu who was on the bench against Bodo/Glimit on Thursday is likely to start.

Leeds' absence of discipline could wind up costing them a lot more points this season. This could be individual dicsipline case or the a collective issue that will force them loose their style of play.

Arsenal can easily take advantage of this and make easy three points for themselves.

The sharpness of Arsenal forward can also take Leeds by surprise which may results them concede many goals.