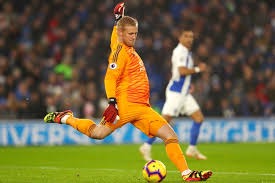 United are going well both in domestic football and also in the Europa League. Majority of games in recent months have had more than two total match goals. Villa are attack minded ,always looking to push forward and create scoring chances. Should be an entertaining match for the neutral with plenty of goalmouth action. Over 2.50 match goals is the selection.

Arsenal have only won once in their last 5 home games. They also couldn’t beat Villarreal midweek at home either. The home side are too far away from the European places so have nothing really to play for. WBA have to win this game to have any chance of survival. They aren’t great away from home but they are taking on an Arsenal side who seem to have a lack of effort and pride about them.

Oxford must win and Portsmouth must lose. Though Charlton not to win by a big margin to secure a play off spot. The problem is that Burton are the form team in the second half of the season and would be in second spot with 88 points if you were to double their points tally of 44 points from 23 games. Burton look great value here.

Brighton have drawn 13 match3s already this season and they play a Wolves side who have also shared the points in several recent games. Four of the five Premiership meetings of these sides have finished level. The Draw is the selection.

Blackpool (3rd) have gone under 2.50 in 6 of their last 7 games before this, including in the last 4 home fixtures in a row. The hosts have also never gone over 2 goals in 10 of their 11 matches on home soil this season versus teams currently in the bottom-half of the league table. Bristol Rovers (24th) have gone Under +2.50 goals in their last 5 games in-a-row ahead of today. They're also yet to go over 2 goals in 3 attempts against the other top-four teams away from home this season.

Portsmouth may well need to win to secure a playoff place, and whilst they are unbeaten in 3 games. There current form is 2-2-2 from 6. Accrington are in mid table safety, 1-4-1 from 6, with only 9 defeats away from home this season. The reverse fixture this season ended 3-3, and Portsmouth have won just 1 of the last 6 head to head.

West Ham are having a great season that not many experts expected. They are in fifth spot with a good chance of claiming a Champions League place. They have shown much improved form at home this campaign, and should take all three points against Everton.

Crotone is already dropping to Serie B having got just 18 points till now. Roma has not been consistent and has declined since round 30 but this opponent will not make any trouble to the host.

Absolutely confident away win here , Atalanta is currently tied runner up with ACMilan and Juventus so the guest will have no pity to complete Parma's sinking into Serie B . The latter is 19th with only 20 points need 12 of 12 points in play to catch the 17th placed if this wins no points in the 4 rounds missing.

In what has been a tricky season for Paris Saint-Germain on the domestic front, the defending French champions have been in fine form on their top-flight travels recently, winning six games on the spin. Rennes have been a bit more hit and miss on their own patch of late, however, winning six and losing six of their previous 15 fixtures at this elite level.

Mainz seemingly havent muchleft to play for but have been on superb form and are unbeaten in 8. Frankfurt could quite easily still end up 3rd but have lost 2 in a row away from home. That said their home form is very good, it is hard to see either side losing so i conclude a draw is the best option here.

Although Juventus played a bad match yesterday in Udine, they must win this match in order to secure a place for the next Champions League. After the defeat in Rome against Lazio, Milan immediately won by beating Benevento well but the opponent they will find in Turin will be very difficult for the Rossoneri who have lost a lot of performance in the last period of the season. Of course the odds are not that great but I think Juventus will win this match.

Big chance for Cologne to leave the bottom 3. They'll be going for the win at the expense of a team who's not playing for much, just losing and drawing their way of late (just one win in their last 6 matches at their home). At home Cologne won vs Freiburg last season, only lost away this season to them 0-5. they won two in a row lately and home team has the chance for a hattrick of wins now.

Hertha haven't lost in 5 and scoring 10 goals in 5 is pretty impressive so I'm going for a hetha win.

Sevilla's defeat to Athletic Bilbao has left them 6 points off top of La Liga so it's now or never with regard them getting right into the mix for the title as a win here could propell them close to top spot as Atletico Madrid face Barcelona. Sevilla have nothing to lose here so they should take the game to a Real Madrid side that will likely still be licking their wounds after being knocked out of the Champions League. 4 of the last 5 away games for Sevilla in La Liga have seen both teams score too so for me btts seems a solid bet here.