Liverpool boss Jurgen Klopp has revealed what the former Chelsea player and coach Frank Lampard failed to do during his stay at Stamford Bridge. 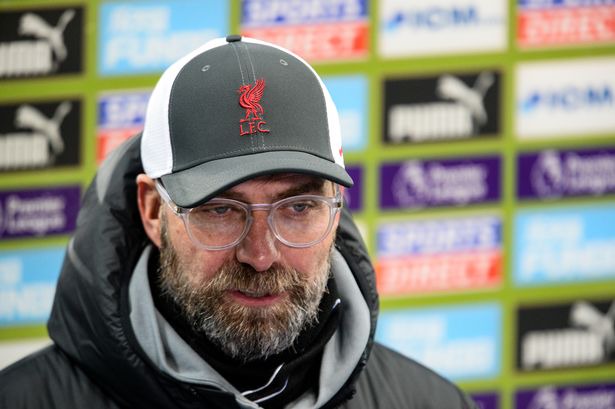 According to Klopp, the Englishman failed to sign Westham United star Decline Rice instead he went on bringing Kai Harvetz from German side Bayern Leverkusen.

According to the Mirror, this was a big failure for Lampard as he left a player with much-needed experience in Premier League to Harvetz who has struggled to fit in the EPL style of play.

Klopp's words come after Lampard himself revealed he tried to sign Rice while at Chelsea but fail as reported by the TalkSport. 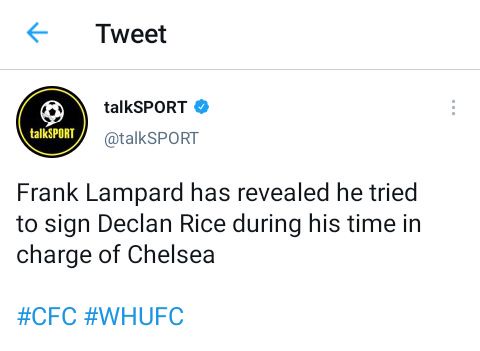 On another side of the news, Manchester United have been hit with a block after Westham's statement this afternoon.

The Hammers says they won't negotiate anything on a swap deal between their midfielder Decline Rice and Manchester United star on loan at the club Jesse Lingard. 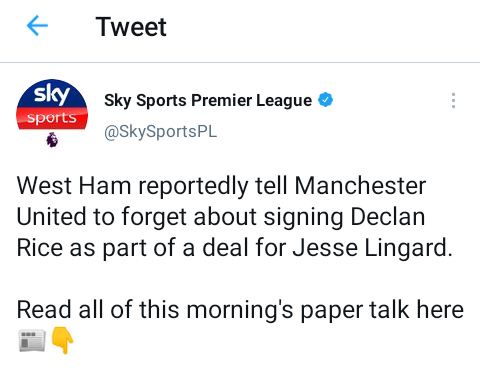 It has been revealed by close sources to Old Trafford that the Manchester club has been preparing their star as a part of the bid to get Rice this summer.

After a fine click at Westham's style of play, United had been convinced the Hammers will be interested but it has come otherwise.

Ours is to wait and see what will happen in the summer when the transfer window will be officially open and we will know where the two Englishmen will start up next season.

Solskjaer Names The Hottest attacking Teenager in The Premier League

Why Ladies Prefer Cucumbers To Other Vegetables