Christensen goes off injured against England. Get well soon Andreas.

By JustoKE (self media writer) | 10 months ago

Chelsea academy star boy Andreas Christensen suffered a double blow yesterday night as his National team was eliminated from Euro 2020 by England despite taking the lead through Mikkel Damsgaard’s spectacular free kick at Wembly. The Denmark side lost the game as Simon Kjaer own goal and a Hurry Kane strike at extra time turned the game in England’s favour 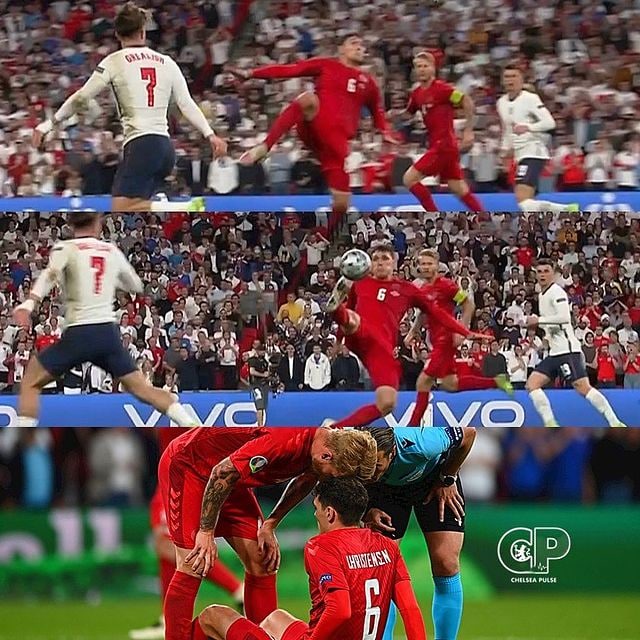 Christensen had previously started every game of the tournament where he has suffered with persistent injury issues since breaking into the Chelsea first team where he has never played 27 games in a Chelsea club league.

It was a tough night for Chelsea man to end the tournament after emotional run to the semi-finals. His evening was even made worse in the second half when he was injured where he lacked energy to continue the game and he eventually withdrawn. His injury happened when he was stretching to clear the ball having just over ten minutes on the clock when the defender immediately fell to the floor clutching his left thigh which is sign of hamstring.

The Chelsea defender had a fantastic moments in the Euro 2020 tournament where he scored with a sensational strike from 25 yards and helped his country to defeat Russia and qualify for the last 16.He also won the free-kick which led to Denmark’s scoring against England yesterday.

Content created and supplied by: JustoKE (via Opera News )