Prior to kickoff in the World Cup Qualifier match between Hungary and England, Some Hungary fans jeered due to racial segregation when the England players had barely touched the ball prior to kick-off. The Metropolitan police department clashed with fans to sieze the chaos leading to the arrest of one Hungary fan for racially aggrevating public order. 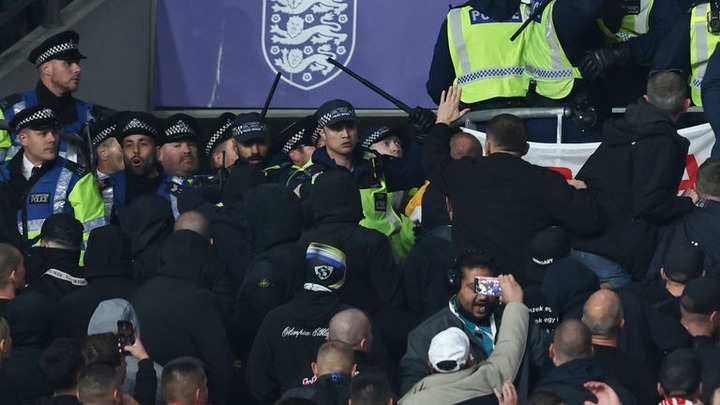 The England players took a knee to show their support for the fight against racism before kick-off shortly after the Metropolitan police Department started using batons in an attempt to control the crowd before appearing to be forced into the concourse but later were able to take control of the situation and the clashes broke. The Metropolitan Police later Tweeted on their Twitter page that, "Shortly after the start of tonight's match at Wembley, officers entered the stand to arrest a spectator for a racially aggravated public order offence following comments made towards a steward" 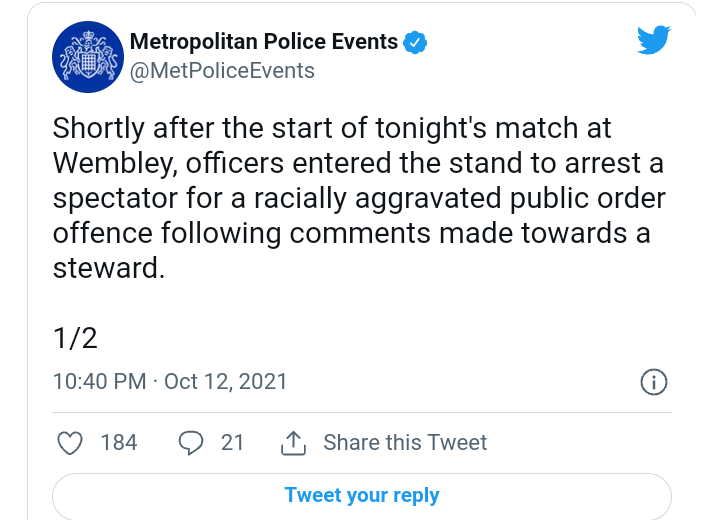