By OneStopNews (self meida writer) | 1 months 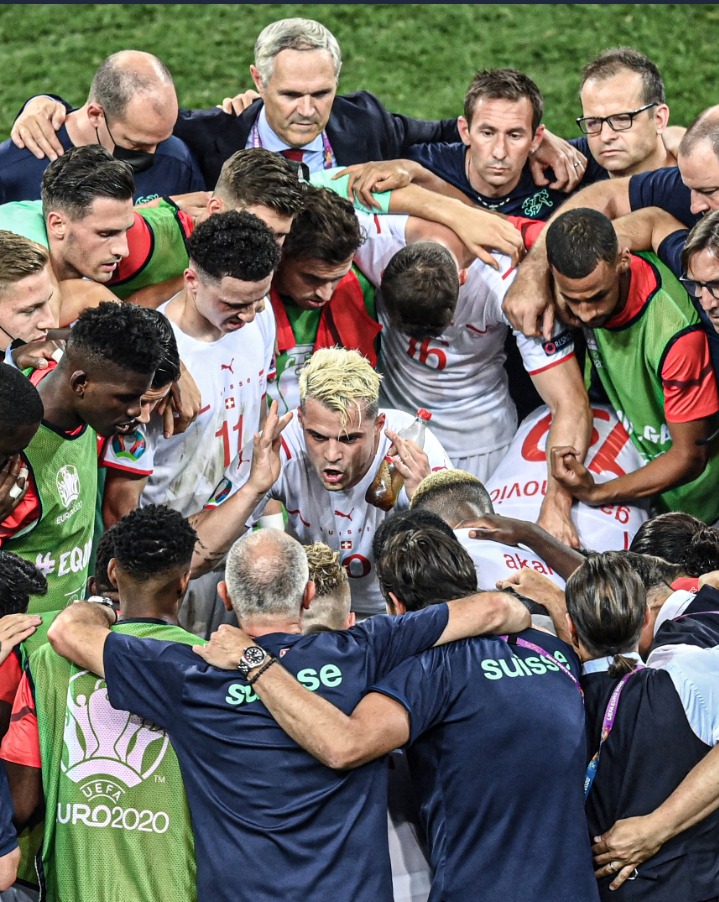 Switzerland took a shock early lead and could have doubled their lead when given a penalty that was saved by Lloris. France rallied and scored three sublime goals to lead 3-1 and sailing. However, the Swiss rallied and equalized at the death to force the game into extra time and penalties where they won 5-4 after Kylian Mbappe failed to score. 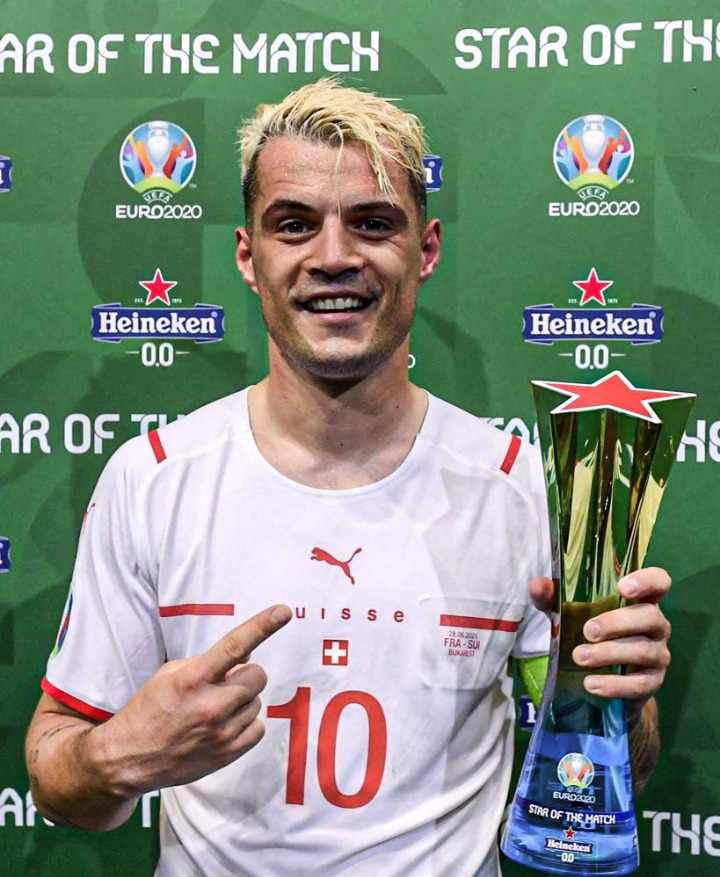 This was a team effort from the Swiss who made it hard for the French to completely dominate the game. One player who stood out and who was named man of the match was Arsenal rebel and outcast midfielder Granit Xhaka. 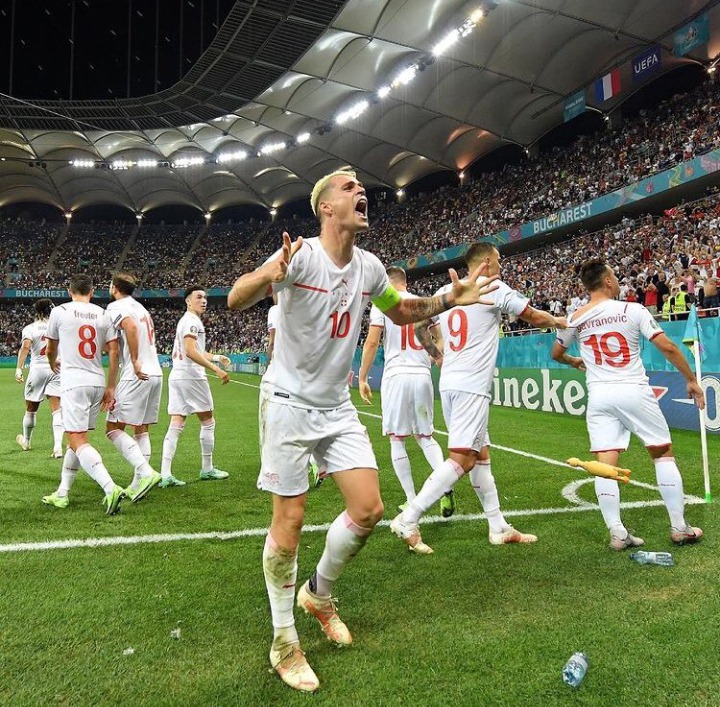 Pitted against the midfield pairing of Paul Pogba and N'golo Kante, Xhaka showed no fear and was a constant thorn on the French team both offensively and defensively. He broke up attacks and started their own. 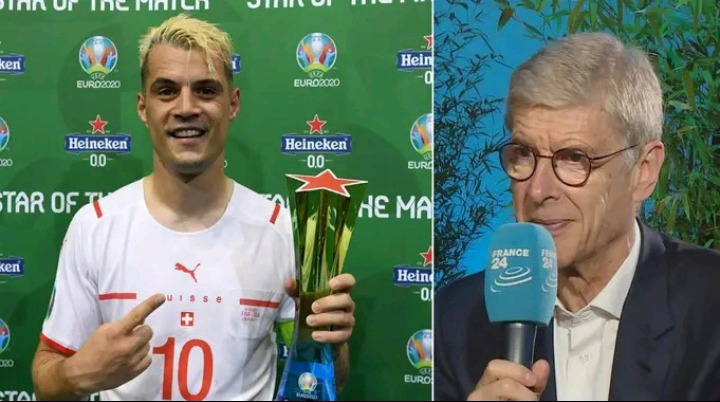 His performance was noticed by former legendary Arsenal manager Arsene Wenger who waxed lyrics on his performance. He said, "Xhaka was exceptional, all his choices were good. He rallied the troops for the penalties." 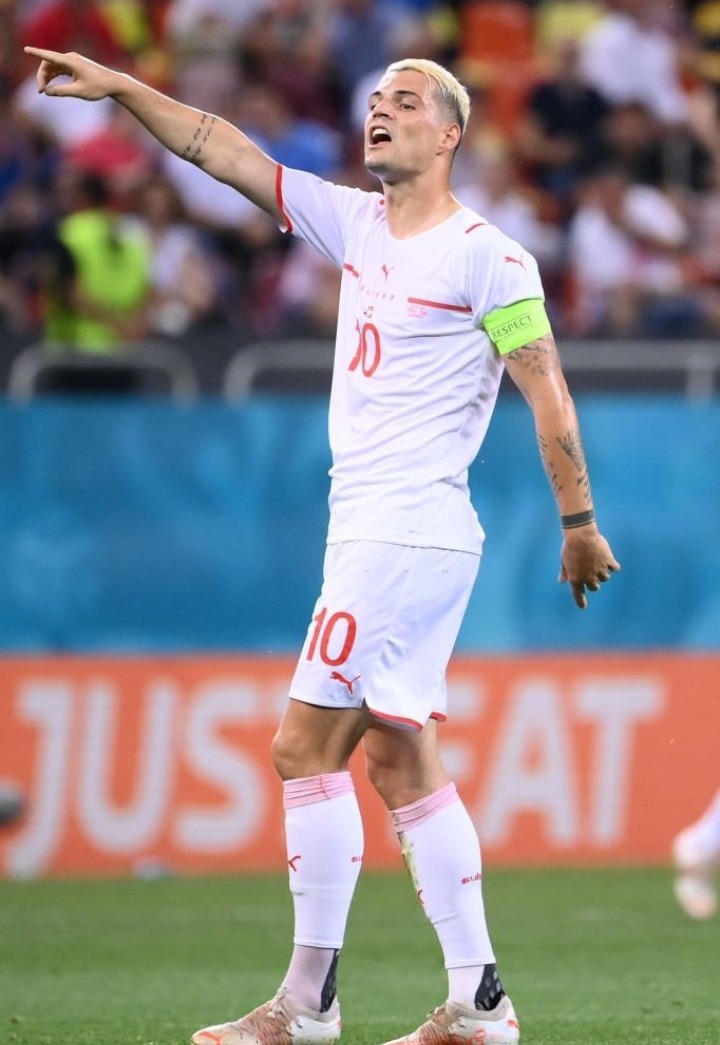 Such high praise for a player regarded by most Arsenal faithfuls as indiscipline will likely make the decision to sell him to Roma look like a poor one. He is the undisputed leader of the Swiss and Hass rallied them to the quarter final against all odds.

Is Arsenal making a bad decision to sell Xhaka? Or this is just one of those performances?

Sad News From HELB, Students to Pay Back Twice The Awarded HELB Loan Every Academic Year.