Official Final EPL Table Standings After The End Of The Season

The English Premier League 2021/2022 season is now over. It has been an interesting match week 38. This league started last year on August and has ended this Sunday 22nd May. It was an interesting final matches that were determining the premier League winner, Top 4 teams, Europa and conference league teams and the teams to be relegated to the Championship division. In the official table, Manchester city are once more the league winners with 93 points. They have ended their last game with a 3-2 win at home ground against Aston Villa. The second team is Liverpool with 92 points. They have missed the league title with a narrow gap after a 3-1 win against Wolverhampton. Chelsea and Tottenham close the best four who will participate in the Champions League next season.

Arsenal and Manchester United are fifth and sixth respectively and will be heading to the Europa League. Westham finishes seventh and will therefore participate in the Conference League. Leicester, Brighton and Wolves then follows. Newcastle, Crystal Palace, Brentford and Aston Villa then follows in that number. Southampton, Everton and Leeds closes the list of the best 17 that will continue in the league next season. 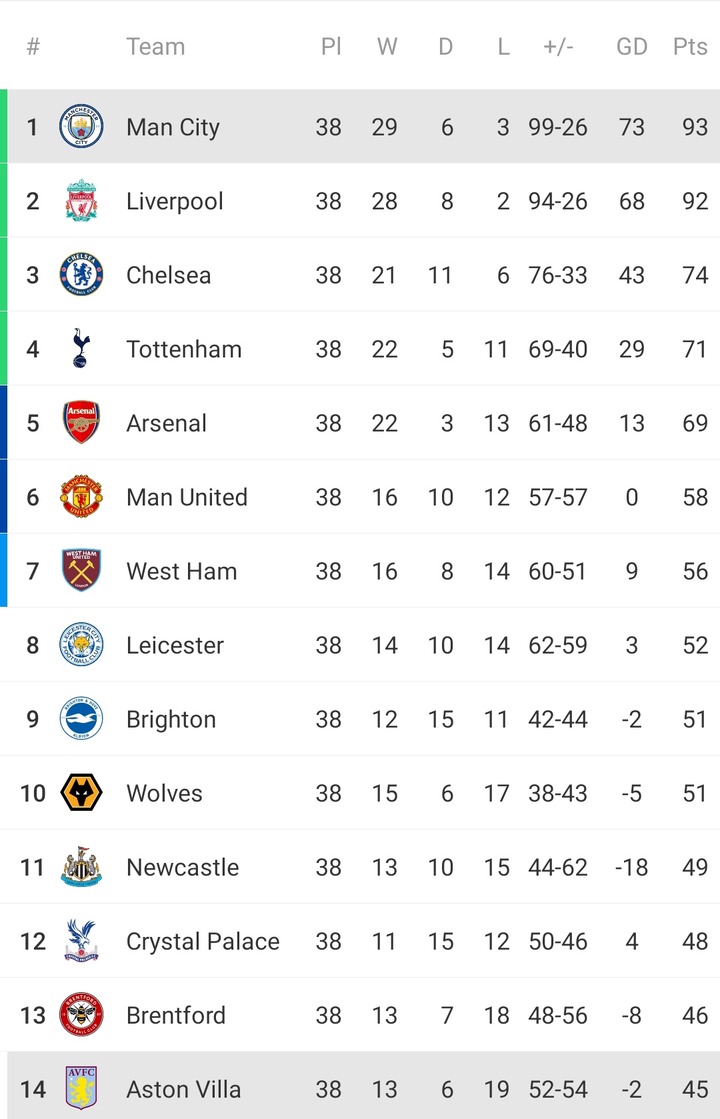 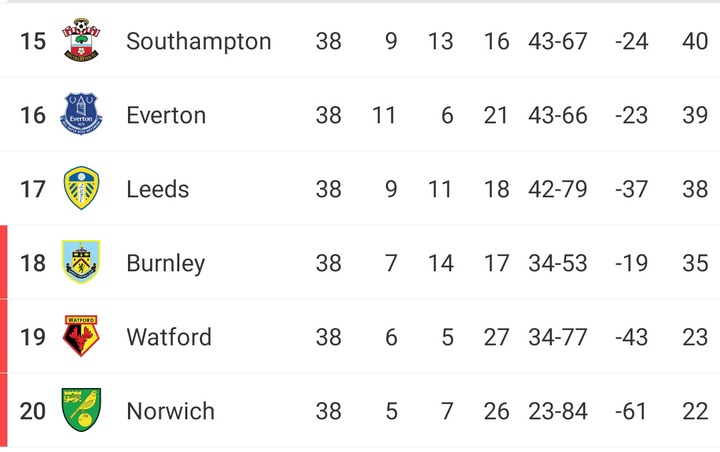 In the relegation zone, Norwich is last, Watford second last and Burnley is in 18th position. The three have been relegated and will participate in Championship next season.

The teams that have been promoted from Championship back to the Premier League are Fulham and Bournemouth. Huddersfield Town and Nottingham Forest will determine the third and final promotion place in the Championship final on 29 May. 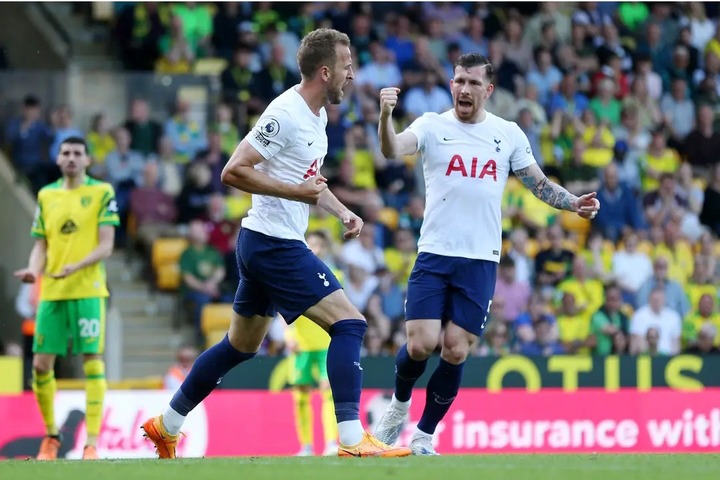 How did your team perform and are you happy with the position it has finished the season? Comments below.