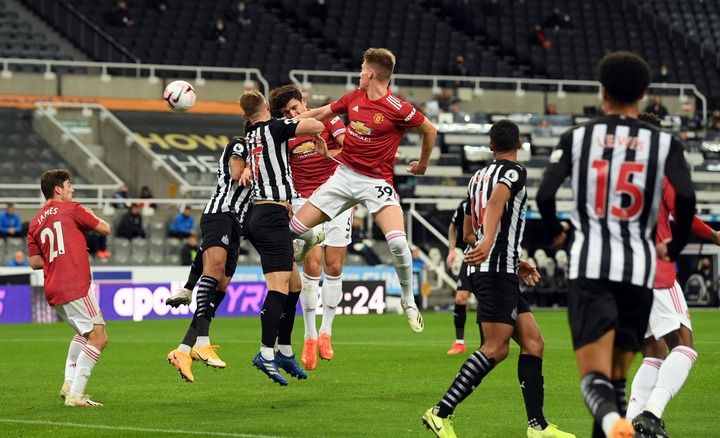 Manchester United left it late at St. James Park scoring three late goals to clinch all three points from Newcastle and provide a proper response to that 6-1 defeat to Tottenham two weeks ago.

After going down against Jose Mourinho's side at Old Trafford, Ole needed a performance today but it was not going to be easy to break down a well defensively organised Newcastle side.

The manager even made things a bit more interesting as he made some big changes in his starting eleven with both Paul Pogba, Tony Martial and Mason Greenwood not involved in the start.

The game could not have started anymore worse for United as they were quickly behind after Luke Shaw scored an own goal in the opening minutes to potentially scare the red devils. 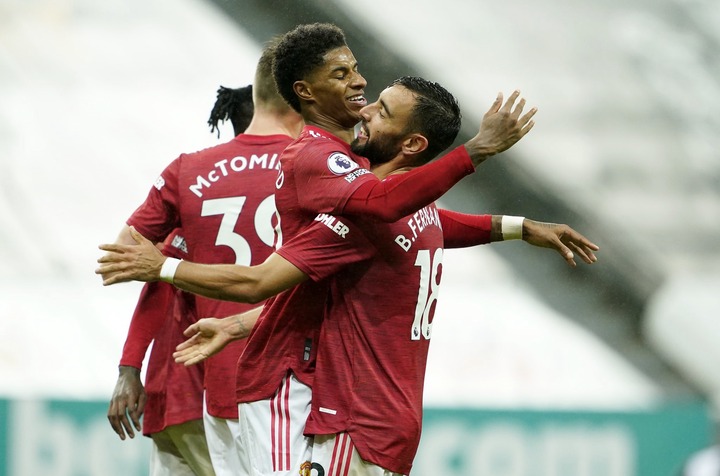 However, United would not be held back and were leveled later thanks to a good header from Harry Maguire who bounced back from all the criticism in the last few months with a very decent performance.

Bruno Fernandes was however handed a shocker for only the third time in his career as goalkeeper Darlow became the first premier league player to save his penalty. 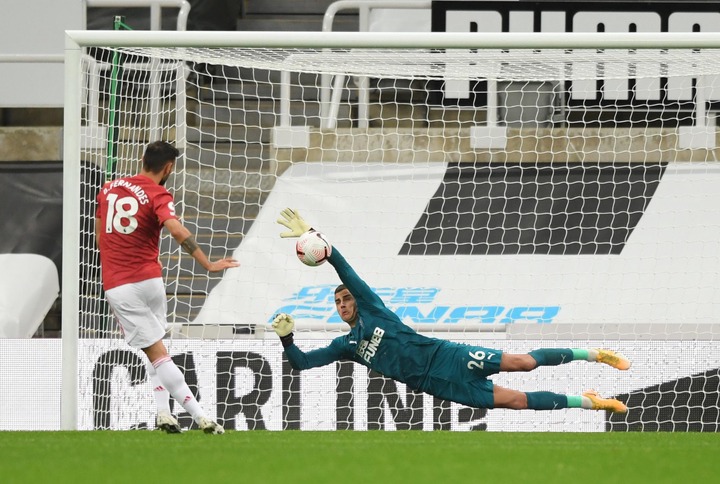 Bruno who had previously scored all penalties for United since he arrived was thwarted by a brilliant save from Darlow and after the game, the Portuguese was courteous to congratulate the keeper. Here is what he said,

"Congratulations to him (Darlow). He is the first goalkeeper in the Premier League to save a penalty from me."

The message has left many United fans excited as they loved the level of mentality Bruno has to still stand up and tell everyone that no other keeper had achieved what Darlow had over the last 9months. 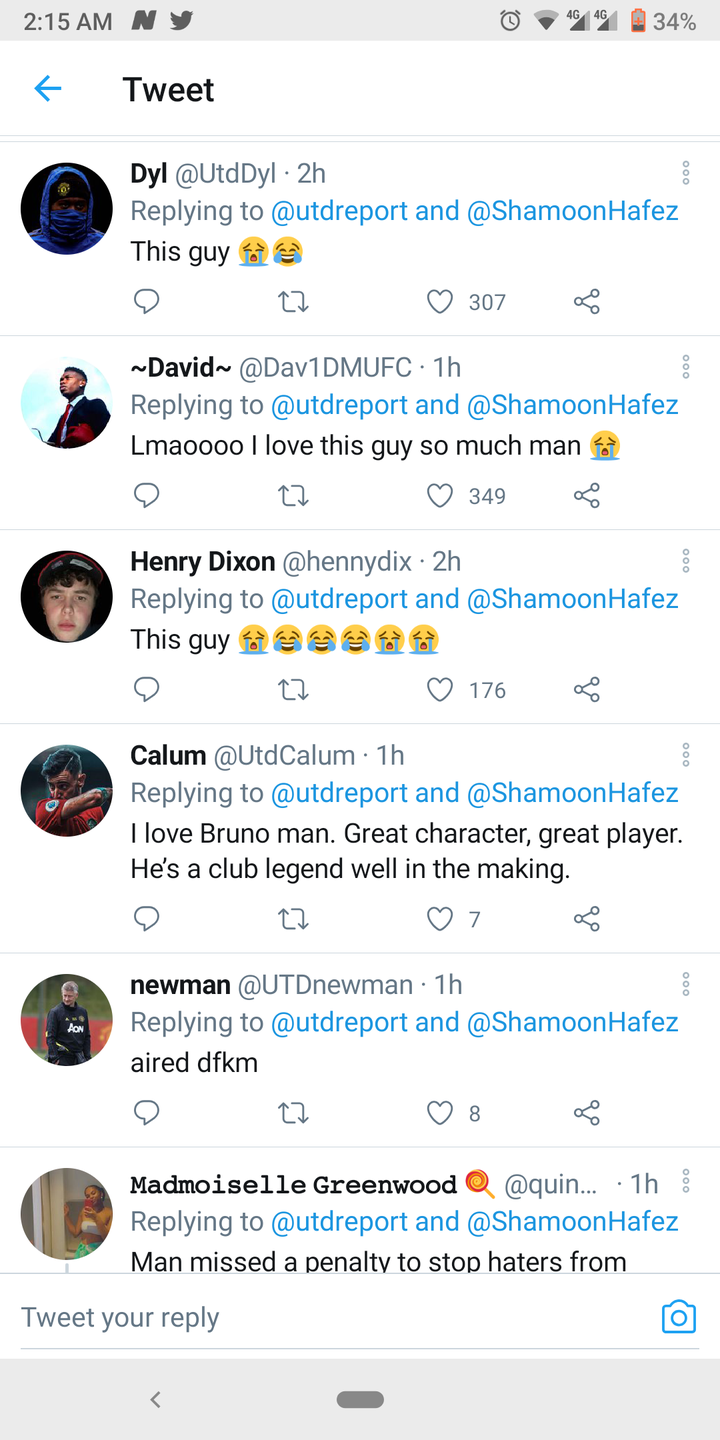 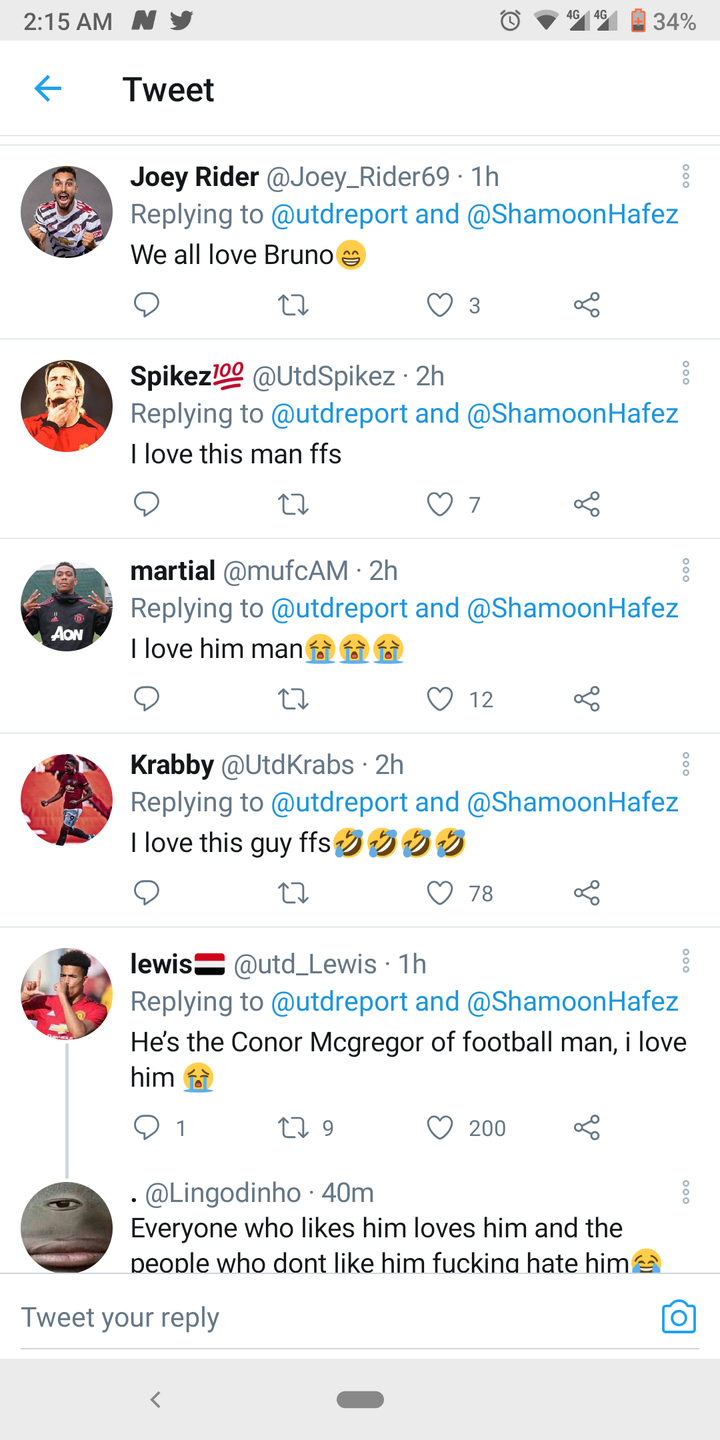 Bruno Fernandes Luke Shaw Manchester United Mason Greenwood Paul Pogba
Opera News is a free to use platform and the views and opinions expressed herein are solely those of the author and do not represent, reflect or express the views of Opera News. Any/all written content and images displayed are provided by the blogger/author, appear herein as submitted by the blogger/author and are unedited by Opera News. Opera News does not consent to nor does it condone the posting of any content that violates the rights (including the copyrights) of any third party, nor content that may malign, inter alia, any religion, ethnic group, organization, gender, company, or individual. Opera News furthermore does not condone the use of our platform for the purposes encouraging/endorsing hate speech, violation of human rights and/or utterances of a defamatory nature. If the content contained herein violates any of your rights, including those of copyright, and/or violates any the above mentioned factors, you are requested to immediately notify us using via the following email address operanews-external(at)opera.com and/or report the article using the available reporting functionality built into our Platform 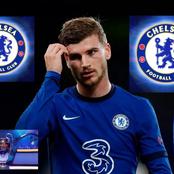 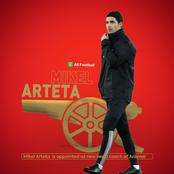 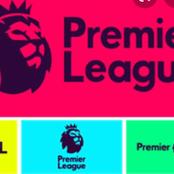 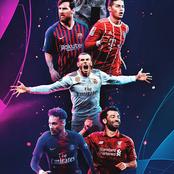 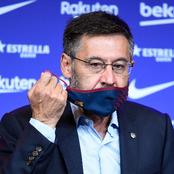 What Klopp Said About Fabinho's Injury After Liverpool's Win Against Midtjylland 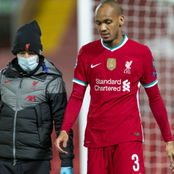 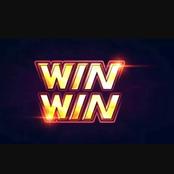 The Premier League’s Most Productive Partnerships 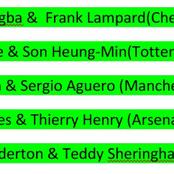 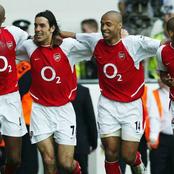 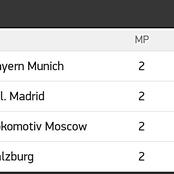